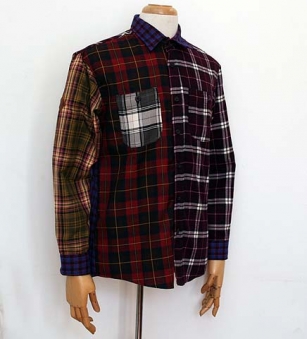 Trainerspotter add to their Autumn/Winter collection with a couple of cut & sew items which really pay credit to the brand’s attention to detail and willingness to try things a little bit different.

The first of a few hand crafted items is this custom Multi-plaid Workshirt. Each shirt is created with a different selection of plaid panels, selected and cut at random, making each shirt unique to itself. As ever with a project like this, quantities are limited and so you should act now if you have any hope of having one yourself. 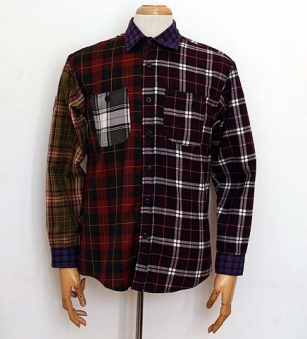 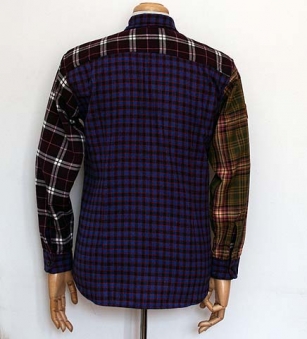 Next is the Broken Twill Overshirt and Trapper Hat combo released as part of TS’s Special Make Up collection. Heavily influenced by the American Northwest, both are constructed using Cheif Joseph Pendleton wool and RiRi zips and hand made in England. The Overshirt feaures the Cheif Joseph Pendleton wool on a left breast pocket and detachable hood whilst the Trapper hat is constructed entirely from the wool. For those of you unfaimilier with the Pendleton tradition, here’s what TS had to say:

“For more than 140 years, Pendleton Woolen Mills have been weaving world class woolens in their Northeastern Oregon Mills. In 1898 the family resumed the production of Indian blankets and introduced new designs, colors, and patterns to their product line. Pendleton then expanded their trade from the local Nez Perce Indians to the Navajo, Hopi, and Zuni peoples of the American Southwest.” 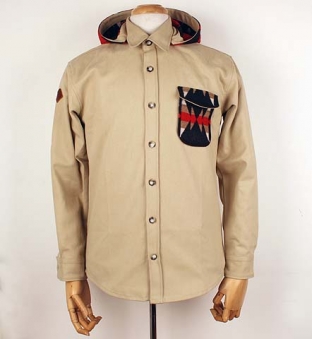 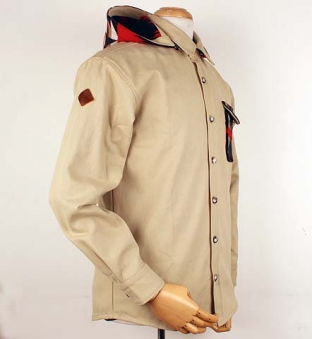 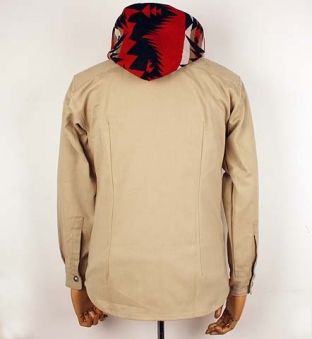 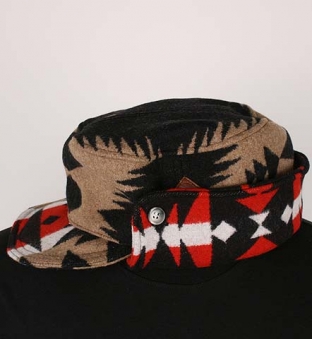 Now for the important bit, you can pick up the Multi-plaid Workshirt as well as the Pendleton Overshirt and Trapper hat exclusively from the No-One store in Shoreditch. Quantities are limited, so act fast.