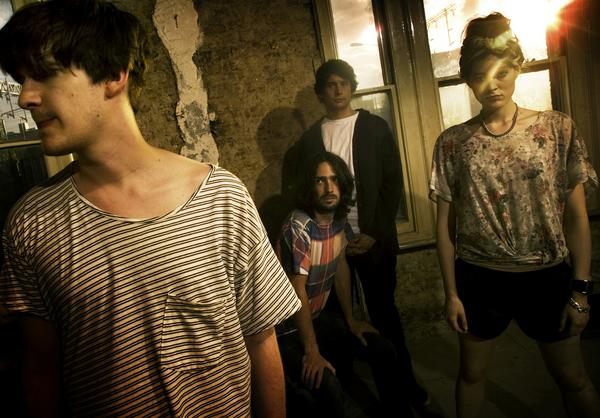 It is extremely rare that i hear a four piece band that actually catches my ear and where i think “hang on, this is actually a decent band”. Well it only took Stricken City about 30 seconds to have me hooked. I first heard the track ‘Pull the House Down’ and immediately i was a fan.

No matter how many times i listen to Stricken City i hear something new and not only that it always sounds fresh and original. At its core its pop music but some how they manage to gain credibility from being able to write and arrange really good catchy tracks. The album ‘Songs About People i Know’ that is out now is an easy listen from start to finish.

This year has seen the band release their debut mini album ‘Songs About people i know’ (out now) on Pure groove records which also comes with a dvd full of exclusive footage of the band, toured the UK with Maximo Park and got on playlists from XFM, NME radio and also getting some decent support from BBC radio 1 and 6 music. You might be able to tell that i am a fan (and bare in mind i am hip-hop head) but don’t just take my word for it check out the video for the track ‘Lost Art’, thats not on the debut mini album ‘Songs About People i Know’ but is still definitely worth a listen.

The debut album ‘Songs About People i Know’ is out on Pure Groove Records and for more info on Stricken City head over to their site.