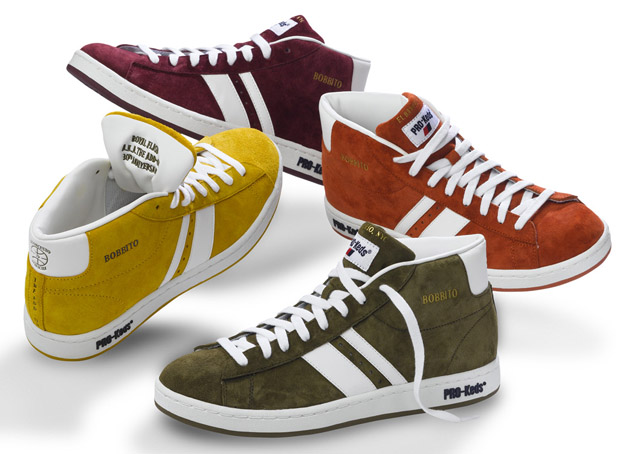 Originally brought out in ’79, these kicks can officially claim to be from back in the day! It’s nice to see PRO-Keds getting back into their heritage, as they were getting dangerously lost in the world of plimsoles. As much as I do regard the Keds plimsoles as one of the best on the market, I always used to look at them and feel sad that most people don’t know the sick basketball heritage behind the brand.

And who better to help PRO-Keds celebrate the 30 year anniversary of this shoe than the man that infamously dubbed them the “Add-ons” himself back in 2003; Bobbito. To put those that are wondering “Why the add-on?” out of their confusion, the Royal Flash was dubbed the Add-on in reference to the colour outsole that is visible at the bottom of the shoe. Back in the day that was a big deal, the kind of deal that people would literally cross the street to talk to you about if you were busting them. Pro Keds and Bobbito have kept this colab simple, sticking to block colour suede with white leather details and gold writing. Available in Mustard, Burgundy, Orange & Army Green, it’s a simple choice of try and pick the colour you most prefer.

For me it’s all about the Mustard Yellow pair. However, the Burgundy is looking rather tempting, and so is the Orange…it’s too hard!!

These heroes will be available on-line from Crooked Tongues at some point this coming week. 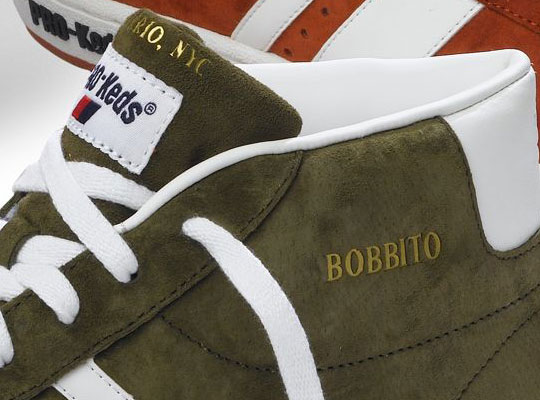 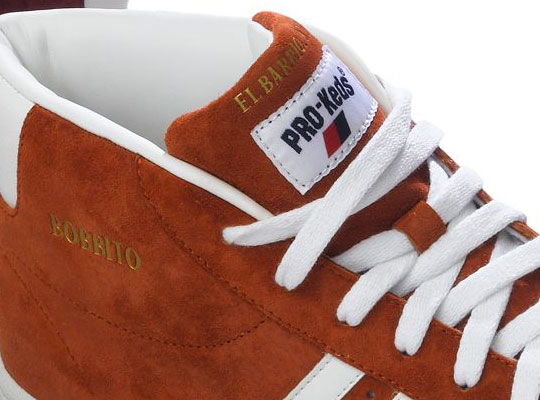 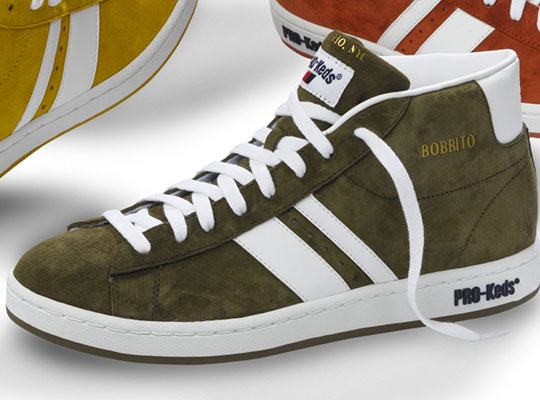