This past Thursday saw the launch of the kidrobot store in Covent Garden, we made our way over fairly early in the evening to watch the action unfold. The queue started to form at around 5pm, and by around 7, it had reached all around the block to Shaftsbury Avenue. After attending the opening of the Selfridges pop-up shop earlier in the year, I knew kidrobot had a massive following in the UK and so was sure the turnout would be big – but this was on another level, I don’t think I’ve ever seen that many people at a store opening in London.

The first people in line were greeted with hand numbered freebies, allowing them to get their hands on the exclusive kidrobot Krunk-A-Claus Dunny, designed TADO. There were only 75 of this little fella’ available on the night, so those who braved the cold were rewarded big time. A few were lucky enough to scoop the Krunk-A-Claus’ elf-like chase companion – I got to get my hands on one, my Claus is elfless!

TADO were on hand to sign all sorts of Dunnys and even create a few custom Munnys for those who had brought them along. I did feel a little sorry for them though, they must have had some bad cramp, doodling away for around three straight hours. They’re a great duo and it was awesome to meet them at the launch, you can check them out here.

Make sure you head down to Earlham street and check out the store if you haven’t had a chance yet. There are some awesome things to be found inside and it’s definitely the ideal place to grab some Christmas presents for family, friends, or just for yourself. 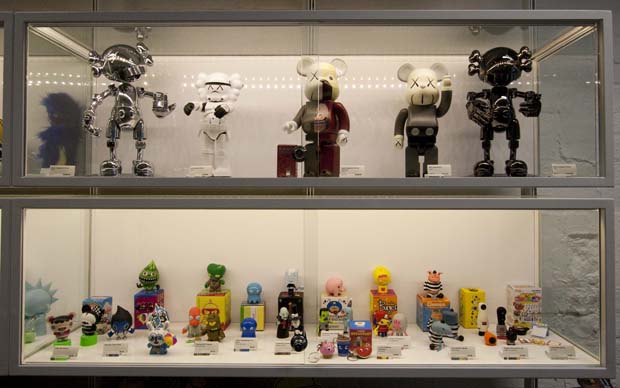 All photos by Aaron Dixon.