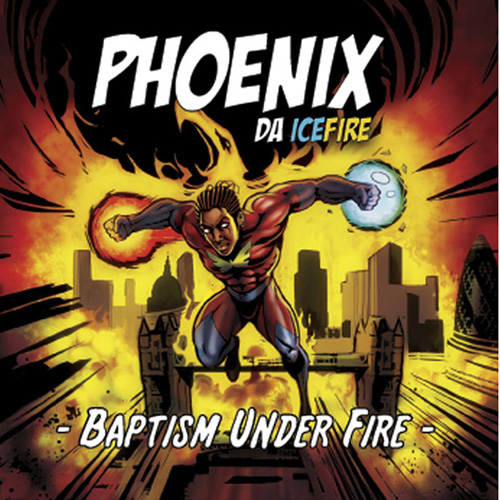 Rising from the cold depths of South East London comes Phoenix Da Icefire. After earning his stripes on the garage scene this fiery Mc is now ready to depart from his crew Midas Touch and go it alone as he prepares for his solo debut to drop entitled The Quantum Leap. But to get us all warmed up Phoenix gives us Baptism Under Fire, a twenty two track head banger hosted by label mate M9 and mixed by the talented Dj Roast.

Phoenix, with a little help from fellow crew members Aks and J Da Exodus verbally give us a truthful, experience filled documentation of how they see the world. Which in turn leads to Phoenix’s raw, rugged felt Baptism Under Fire. Raw and Rugged….what hip hop should be.

Baptism Under Fire is out now on Higher Heights Records.