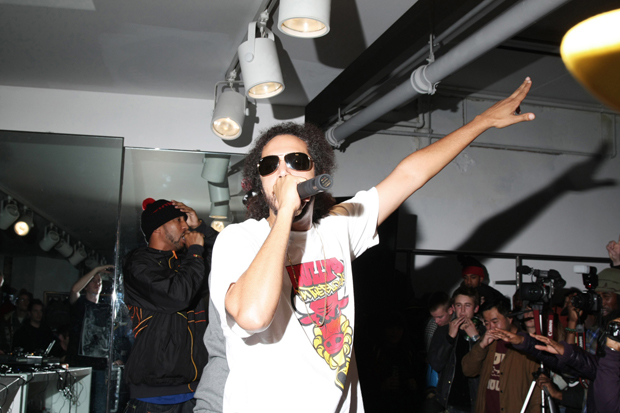 Last monday evening saw the Carhartt store in Covent Garden host a night of pure Hip hop. As soon as we turned up i knew that this was going to be a night to remember, and not just because of the amount of good vibes coming off the masses that bared the cold to stand in line to await the opening. But because tonight legends where in town, serious Hip hop legends in the form of the mighty Souls Of Mischief .

To warm up the crowd Mystro played his roll as host and let me tell you, he does it well. Backed up by Mr Thing on the ones and two’s who played pretty much every dope hip hop track ever! Skandal supported by Dj Charlie Brown hit up the stage in main support and flew the flag for the UK, after Skandal brought on stage Ransom Badbones (one of London’s finest Mc’s) i thought how could this night get any better?? Oh yeah, Souls Of Mischief have yet to grace the stage. And Soul’s where worth the wait, as soon as the first beat dropped the crowd went crazy and it was obvious that they where feeding off the energy. I could carry on trying to describe how good the night was but luckily for the both of us we took a photographer, the pictures tell it all.

Biggest line of people queuing i have seen yet at an in store at carhartt….. 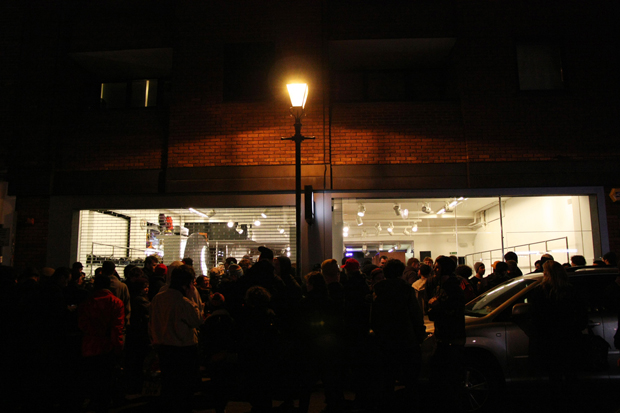 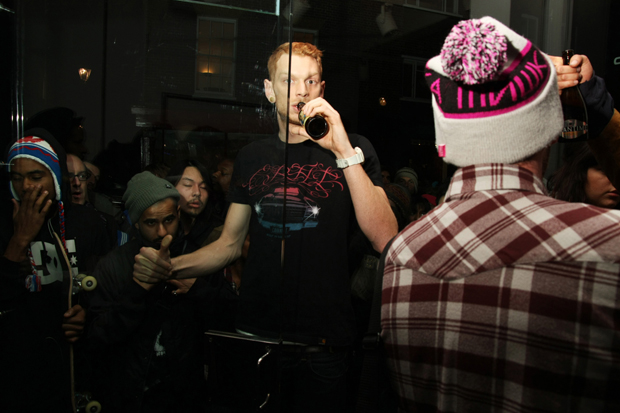 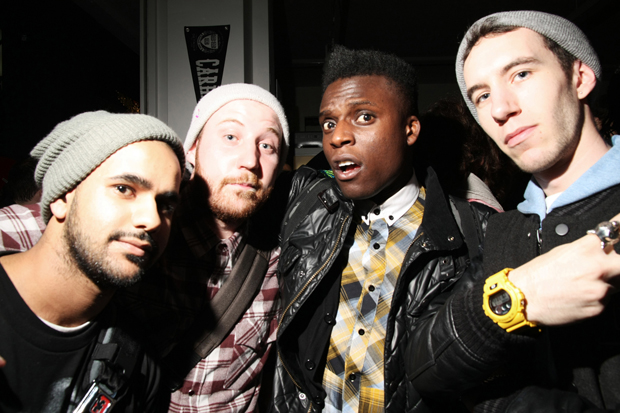 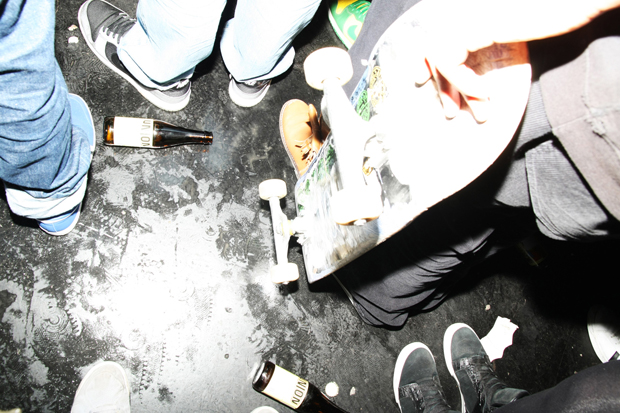 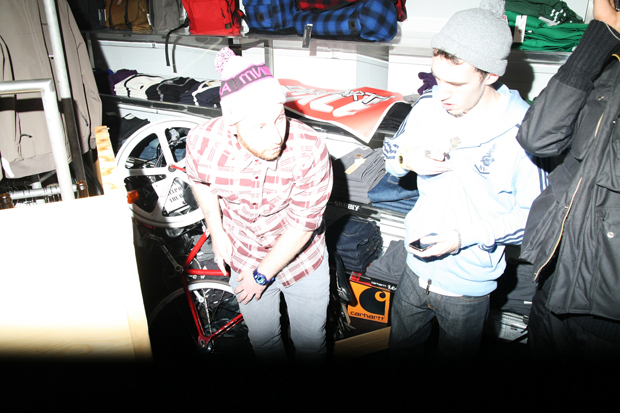 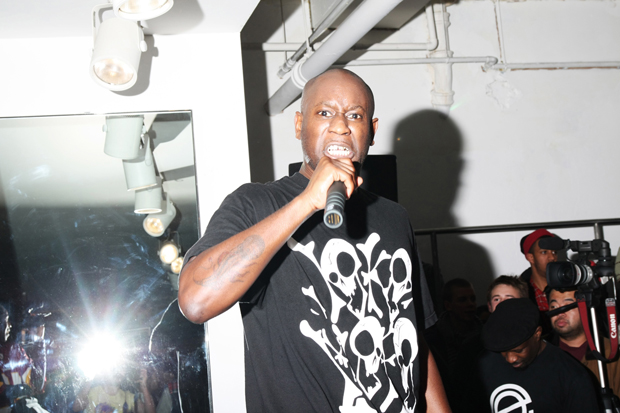 The crowd was live!! 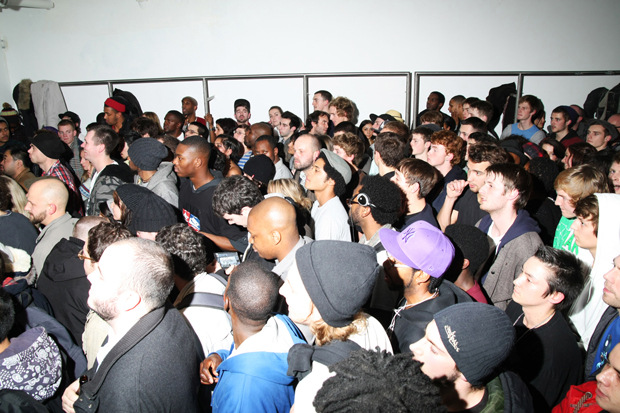 Souls of Mischief tearing it down…. 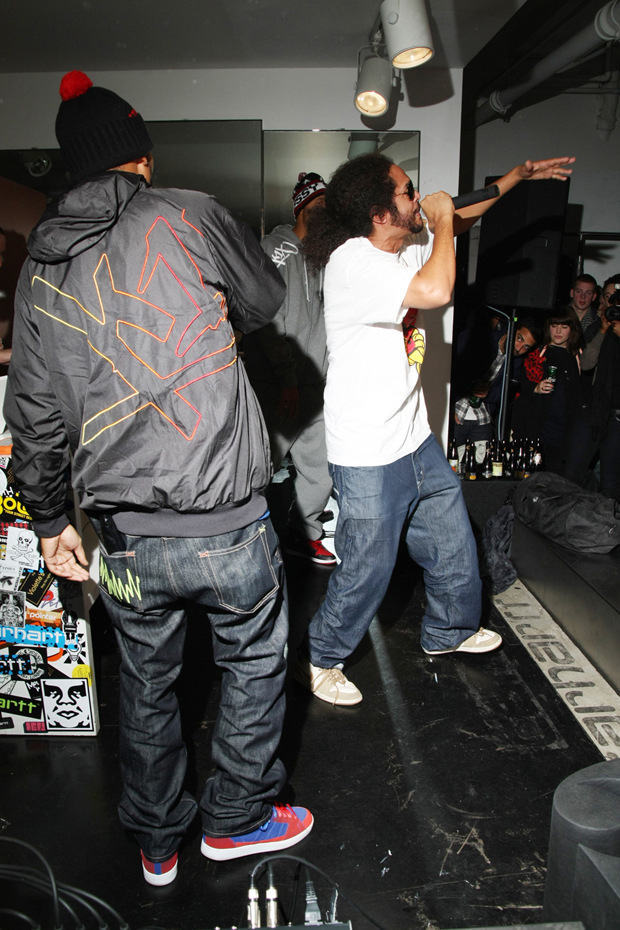 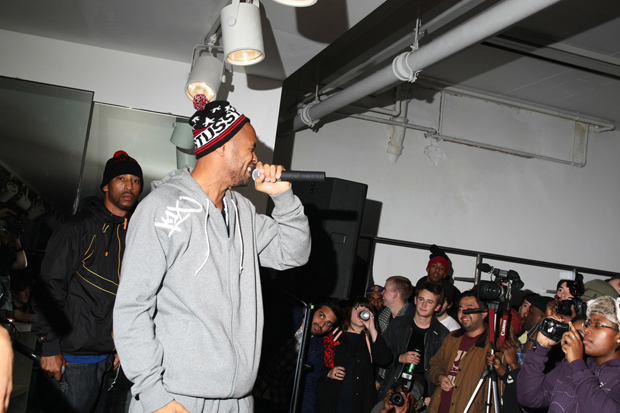 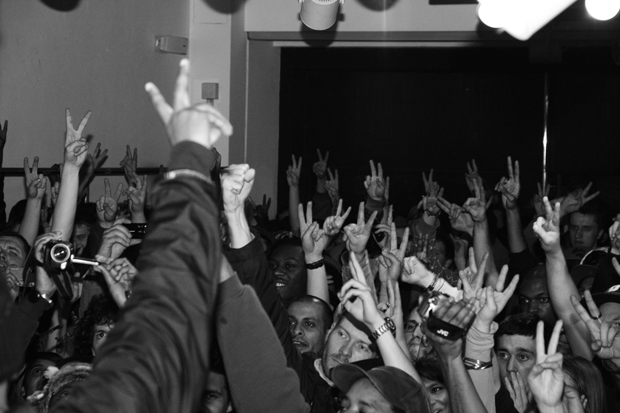