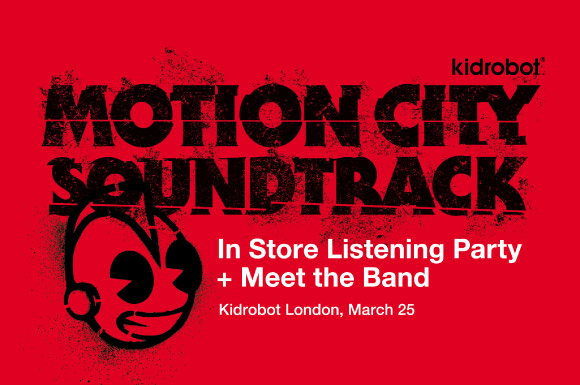 This Thursday, Kidrobot London will host an event with a bit of a difference. American pop-punk band Motion City Soundtrack will be in store, signing copies of their latest album ‘My Dinosaur Life’ and giving fans a chance to chat to the band whilst listening to the sounds of MCS.

Those wondering why exactly the band are holding this signing session at the Kidrobot store, wonder no more. The album, ‘My Dinosaur Life’ features artwork by artist Joe Ledbetter, a regular to Kidrobot, known for his Tiger Dunny, Unicornasaurus and Slander Snake.

The event will be held this Thursday, 25th March from 6 to 8pm and Kidrobot London. This is one not only for Kidrobot fans, but Motion City Soundtrack and pop-punk fans alike. We’ll see you there.