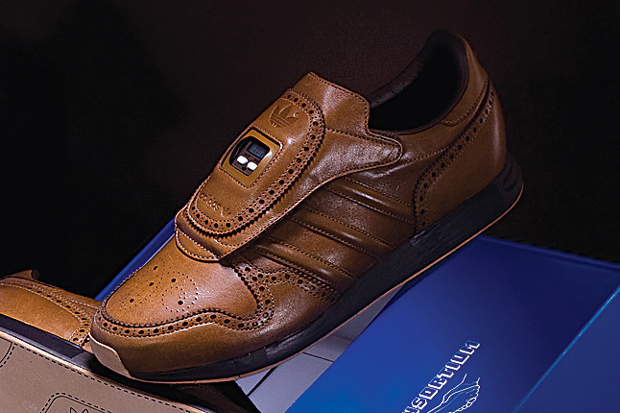 The Micropacer is one of my favorite Adidas shoes, mainly because it was a revolutionary of it’s time, so it makes me very happy to see Adidas Consortium getting creative with it in a whole new way.

Introducing the Adidas Consortium Micropacer Brogue, a rather long title that only adds to the posh exterior of this hi-tech running shoe. When I first saw heard about this shoe I couldn’t help but think “That’s just crazy!”, but it works so well! Adidas have killed it with the detailing on the toebox and heel pannel, the leather is perfect and the sole is even unscored like a brogue!

There’s been a whole British Heritage movement bubbling at the surface recently, but this has just blown it out the water. A mad concept that has been pulled off flawlessly. Being a Micropacer, we can’t see what the laces look like … I really hope that Adidas have gone to whole hog and used think Brogue laces. Other than that, I can’t think of a single detail that they have missed!

Included in the pack is an Adidas Consortium branded shoe polish, microfiber polishing cloth and a soft bristled brush to keep the kicks spick and span. Each shoe is individually numbered, with only 300 pairs being made worldwide.

This mad shoe drops this Saturday (15th May) at No. 6 on Newburgh Street (Carnaby). I don’t know a price, but i’m guessing they won’t be cheap. 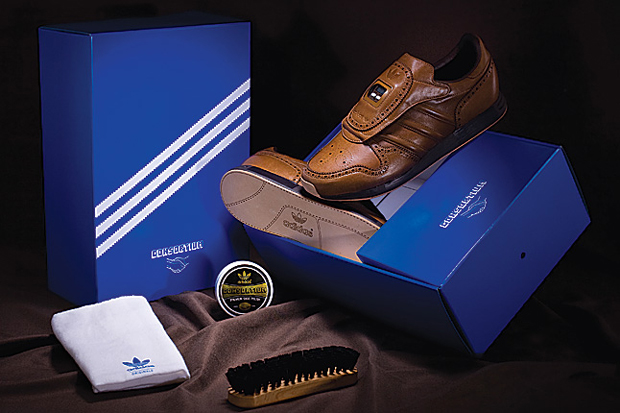 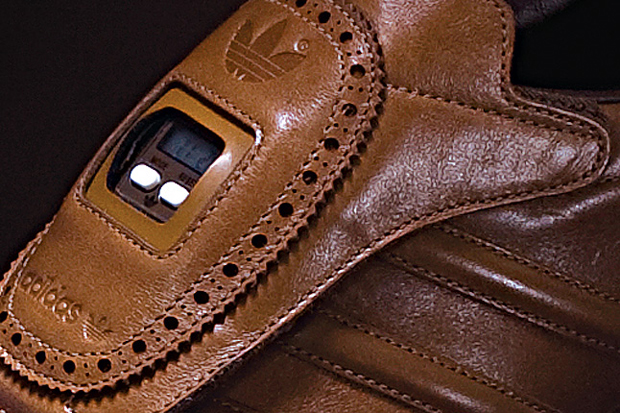 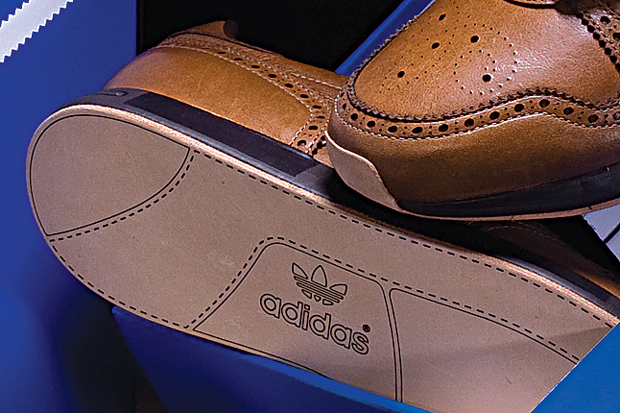 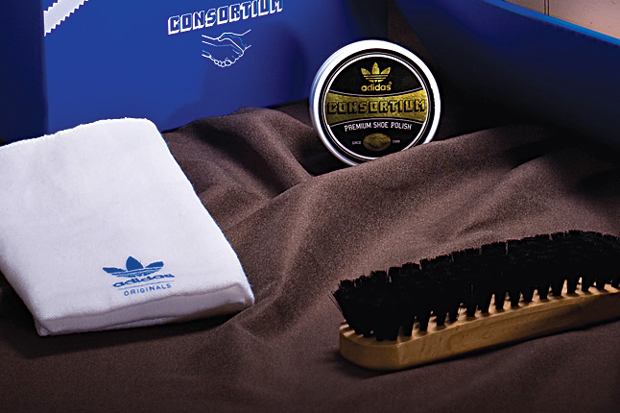