Back in February, animator, toy creator and all-round design wizard Gavin Strange released the second series of his own line of vinyl toys, Droplets. To celebrate the release, Gavin and friends held a bit of a party and custom show at 5050 in Bristol.

A full video recap covering the evening’s antics is now available online. We were lucky enough to see a preview of the video a few week’s back at Gavin’s Apple Store talk, where he told his story all the way from starting out as a freelance designer, to working at Aardman Animations and having his own line of toys. The video is well worth a watch as it showcases a number of the incredible custom Droplets that were on show on the day, and there are some crazy pieces in there!

For more on the Droplets check out the Jam Factory website, and if you want to purchase your own, the Series 2 Droplets are still available online from Crazylabel. Keep your eyes peeled for Series 3 in the near future! 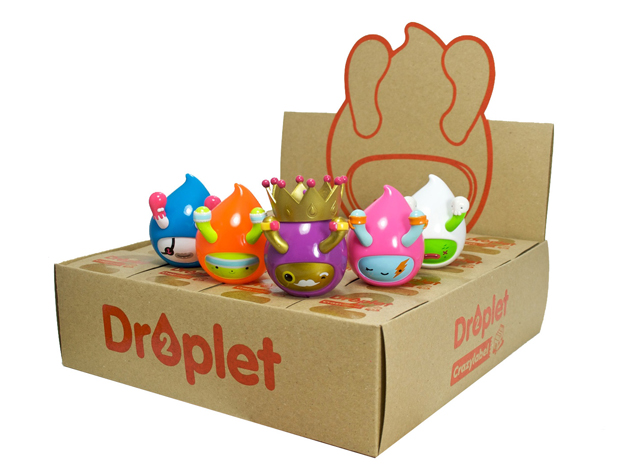