Warning: "continue" targeting switch is equivalent to "break". Did you mean to use "continue 2"? in /nfs/c08/h04/mnt/122689/domains/thedailystreet.co.uk/html/wp-content/plugins/wp-author-box-pro/includes/ReduxFramework/ReduxCore/extensions/customizer/extension_customizer.php on line 442
 Interview: Chuck Inglish Vs. DJ Yasmin 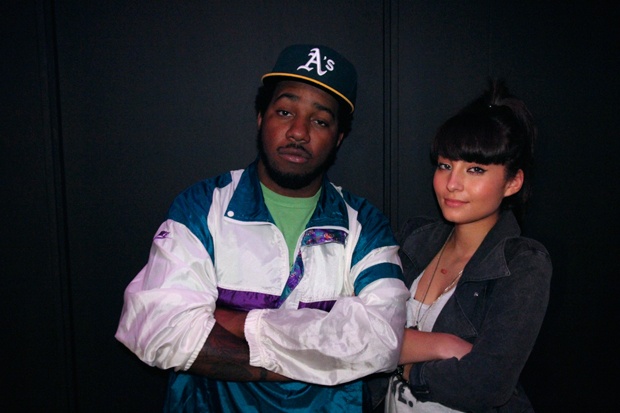 Last week, ahead of the England vs. USA football match, we caught up with a couple of DJ’s having a battle of their own. To celebrate the launch of the Nike Stadium in Selfridges, Manchester born DJ Yasmin and Chicago rapper and one half of The Cool Kids, Chuck Inglish, held a DJ battle prior to kick-off, to get the friendly rivalry started.  We sat down with Chuck and Yasmin to discuss football, the world cup, sneakers and UK street wear.

Tell us a bit about the battle. How did you both get involved with the Nike Stadium?

Yasmin – I’ve done some work with Nike in the past, for the Bleed Your Colours campaign, and they’ve always been really supportive of me. They approached me about doing this event, for the England USA game. When Nike asked what US DJs I knew that we could get involved, I straight away thought of Chuck, we’ve been friends for years and I thought it’d be really cool for him to come over.

Chuck – I didn’t really believe it at first. When Yasmin said “Oh Nike want you to come over and DJ with me” I was like “yeah..!?”. But once I figured out what it was for it made more sense. I’ve DJ’d in other countries before, but I’ve never been invited over specifically to DJ.

Yasmin – I don’t know if we’re that competitive. I think we’ll just take it as it comes, but I know we both have secret weapons. 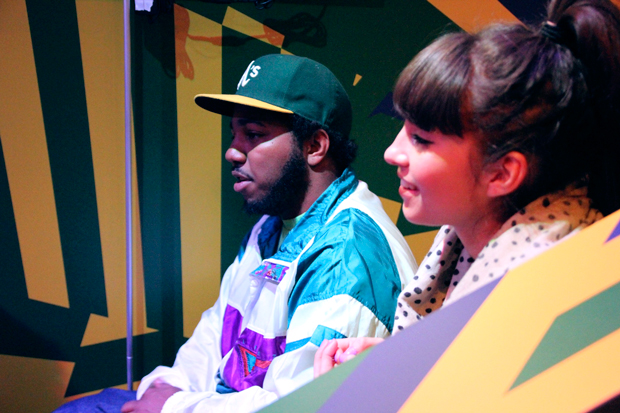 What about the football itself, Chuck, are you into ‘soccer’?

Chuck – I like watching it but I don’t know who’s the better squad. I know that I’m over here and if you guys lose to America, it’s gonna be a rough time for me! It’s not that big of a deal right now in America for some reason, it’s more like “Let’s watch what the rest of the world is watching”, where as it’s ‘fever pitch’ over here. In Chicago, the only thing people really care about is the Black Hawks winning the Stanley Cup, so that’s ‘IT’, and the NBA finals are on right now. It’s not too patriotic, like “Let’s get behind the team” – but if America win, I guarantee they will be.

Yasmin – I like watching the big games, you know with ‘show off’ teams like Argentina. I definitely think I’ll be watching some of the games.

What are your predictions for the England vs USA game?

Chuck – Man I’m gonna be the most politically correct – of course America is gonna win.

What do you think of the set-up down here in the Stadium?

Chuck – That shit’s crazy, it’s beautiful. Nike just takes a lot of time and everything they do is well thought out. Whenever we’ve done a Nike event it’s always been on point. 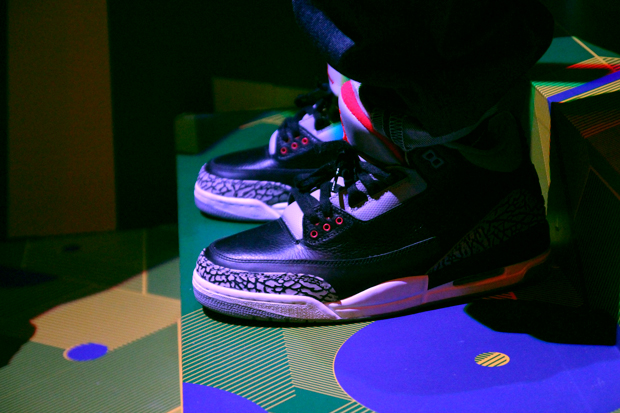 Are you both big fans of Nike?

Chuck – Yeah I’ve been wearing them my whole life. I wear Jordan’s all day. I mean, in America he’s [Michael Jordan] like Jesus. I got like, almost every single pair of Jordan’s. I lost ‘em all, and I’ve got ‘em back as they re-released ‘em – I catch everything. That’s why I’m not worried anymore. We got our place broken into like 2 years ago and somebody took ALL my shit, so I’ve started it back up and I’m pretty much, way iller than I was before!

What about the Infrared double pack (Jordan VI’s) – have you already got those?

Chuck – I already got it – I got it like 2 weeks ago, I will never be last, haha. It’s crazy ‘cause I have both Varsity Red pairs and now the Infrareds. Having both Varsity Reds keeps me from wearing my Infrareds.

Do you have a favourite pair in your collection?

Yasmin –  I really like the Pegasus 89’s. Yeah, they’re my favourite, but I like the vintage Blazers, the suede ones. There’s not too many that I feel suit me, so when I find a pair that I like, I stick with them. I’ve got a few pairs…not a few to sneakerhead standards, but a few.

Chuck – I’m not a sneakerhead, ‘cause I wear ‘em mostly. In a couple months those Infrareds will be dirty. I don’t believe in ‘collecting’, like “for what?”. Cause somebody will come to your house and steal all your shit and then you’ll be out. Ever since that happened, like, as soon as I leave the store I lace ‘em up. ‘Cause if you steal a pair of shoes I didn’t even wear yet, I’m gonna be so hurt. I’d rather just wear ‘em, it’ll keep you from wanting to take ‘em. 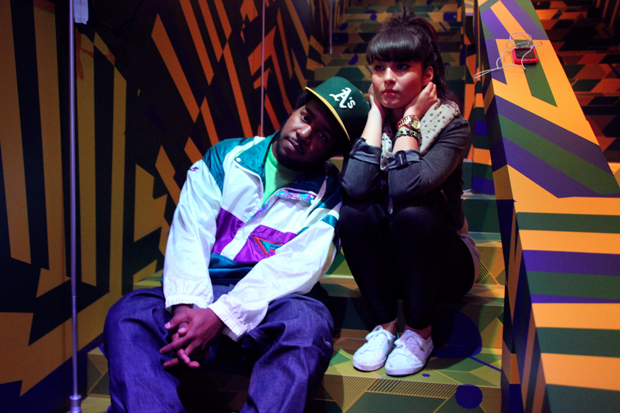 How do you go about finding brands or looks? What is style to you?

Chuck – I like the classics. Stuff I can mix and match. I just wear what is pretty much my personality. I like fitted’s – I’m growing my hair, I don’t know why, but as long as fitted’s stay in business I can grow my hair – I don’t gotta walk around looking like a crazy man. The brands I like are the brands that are really ill at conceptualising the classics. I like Pegleg and Supreme and Stussy…people that have been around for a while. If “this is hot” they don’t jump on it, they just do their thing. So when ‘that’ shit’s not hot anymore, ‘this’ is still looking dope. Most of them come from skating, and if you know anything about skaters, they’re purists and elitists – they like their shit and that’s it. That’s kinda how I wear my clothes – I like my shit, and that’s it.

Yasmin – The lifestyle of a DJ is like, comfort over style ‘cause there’s a lot of late nights and I’m always carrying my DJ bag. I wear a lot of vintage stuff, T-shirts, vests, leggings, and Nike – Nike on the feet, always.

Are there any more underground, UK brands that stand out to you?

Yasmin – I really like Dope Chef and To-orist, I definitely think they churn our quality stuff. I like the fact that there’s the Dope Chef stuff and then the higher end, To-orist stuff, and obviously Tinie Tempah wears a lot of their stuff, I think that’s really cool.

Chuck – When we first started coming out here, the dude’s from Trapstar held us down like hella tough. I had a jacket and some T-shirts and I always liked their designs, always kinda sporty, kinda superhero-ish. They had their own theme and I hadn’t seen that in America at all. If somebody does something, and it pops, everybody’s like “oh shit, I wanna pop too” and then they end up either modeling or copying. I just dig the brands that are like, “Man fuck that, I’m gonna do this. I hope this works”. People end up gravitating towards that.

Big thanks to Chuck and DJ Yasmin for taking the time to speak to us last week. As I’m sure you’re all aware, England drew 1-1 with the USA, so we’ll have to wait a little longer for a rematch and to find out who really is the better team. Nike will be displaying games on the huge 12 foot screen in the Ultralounge throughout the world cup. Outside of game time you can also check out all of the Nike Sportswear products on display, play some foosball or have a bash at the newest football games for the top consoles.