Last week we paid a visit to the Nike Stadium in Selfridges before it opened to film a quick tour for you lot.

The Nike Stadium is located in the not-so-easy-to-find Ultralounge on the basement floor of Selfridges. It’s a really cool space and Nike have kitted it out with a rediculous amount of TV screens playing clips from the Cadencia film about Brazilian football. There is also a fake locker room that showcases the collaborative collection Nike has done with the teams they are sponsoring in the World Cup and another room that has the football boots on display with 2 TVs hosting computer games for you to play on.

Make sure you head down to the Nike Stadium next time you’re near Selfridges as it is quite something to see. 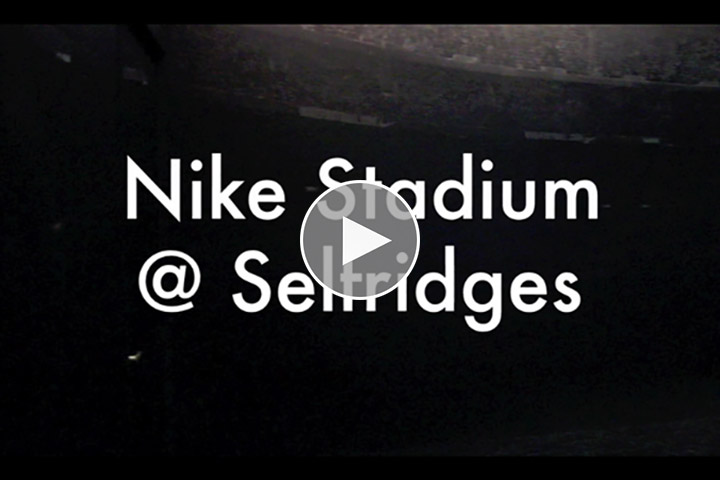