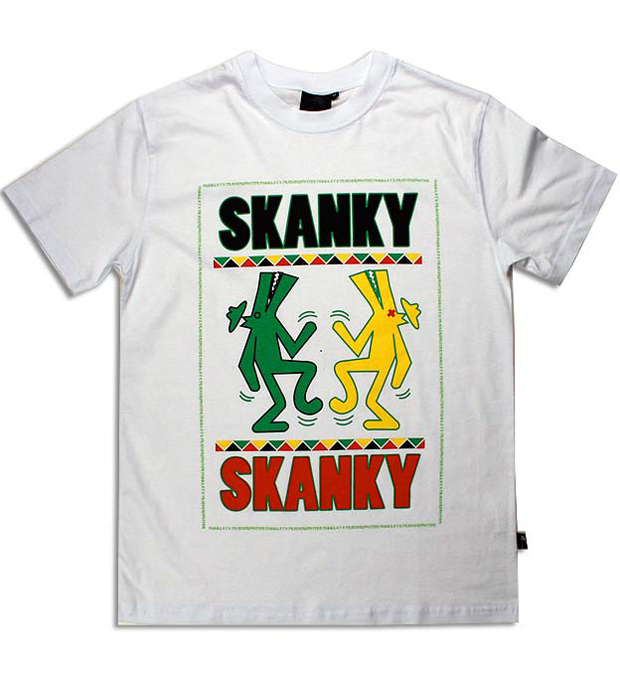 Trainerspotter have just dropped a limited new colourway of their ‘Skanky Skanky’ design in collaboration with Sheffield born DJ/Producer Toddla T. Toddla has been making waves since back in 2008 and his Trainerspotter tee has been seen on some of the UK’s biggest dance music talents, this is more than just your ordinary T-shirt.

Toddla himself has been hailed as UK dance music’s brightest young talent and rightly so. The Skanky Skanky T-shirt pays homage to Toddla’s album of the same title released back in May of ’09. The tee takes influence from West Indian styles, it’s influence on British music and notably, the graphic style of Keith Haring. The bespoke tee is 100% cotton and features a side seam palm tab.