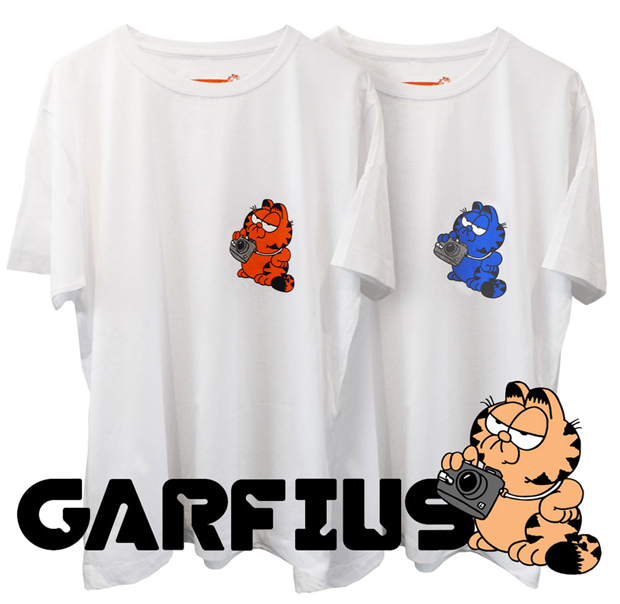 UK brand Gasius are set to drop a super limited pair of T-shirts based on the world’s widest syndicated comic strip, Garfield. The tees will drop at only 2 locations worldwide and in very limited numbers.

Jim Davis’ Garfield character, first created in 1978, has appeared in more than 2 and a half thousand newspapers and journals, and now makes its way on to two Gasius tees. The T-shirts feature Garfield on left breast, holding a camera, and a printed label on the inside neck. It comes in two colourways, the OG white/orange (exclusive to Good Hood, London) and white/blue (exclusive to Colette, Paris).

Expect the tees to land any day now, so get yourself to Good Hood with the quickness. If anyone fancies taking a trip to Paris, I’ll take a large. More from Gasius here.