Warning: "continue" targeting switch is equivalent to "break". Did you mean to use "continue 2"? in /nfs/c08/h04/mnt/122689/domains/thedailystreet.co.uk/html/wp-content/plugins/wp-author-box-pro/includes/ReduxFramework/ReduxCore/extensions/customizer/extension_customizer.php on line 442
 A Sit Down with Greg Mishka 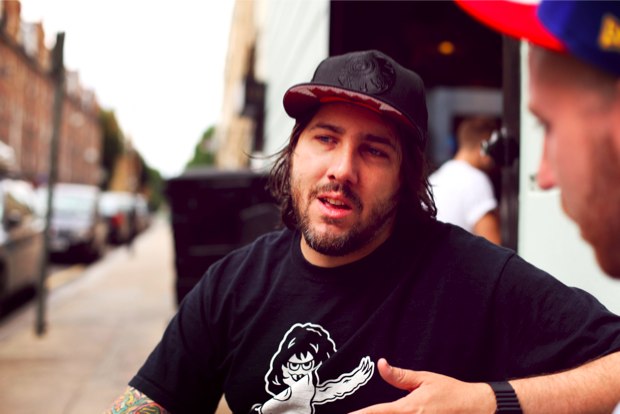 A week or so ago a handful of the best U.S street wear brands set up camp in Brick Lanes The East Gallery for some what of a super duper sample sale. One of these brands was the much respected and popular Mishka NYC and Greg Rivera, President and Co. owner of the brand was in attendance.

We took this opportunity to sit down over a cool beverage and have a chat about all things Mishka and all things U.K. The result of which was a very interesting informative discussion about the brand, and what makes the company continue to grow and some insight on how to make it as an independent clothing/Lifestyle brand.

What brings you to the UK just the sample sale?

Umm, pretty much it was the sample sale, but I came mostly for a couple business meetings, so,… the sale was kind of like an added reason to come.

In terms of being at the sample sale do you view it as a good opportunity to see your UK market and your consumers?

I wasn’t really thinking about that until I got here…it’s been cool the past couple days to definitely like, see people come by and like see different mishka fans…and fans of street wear in general. 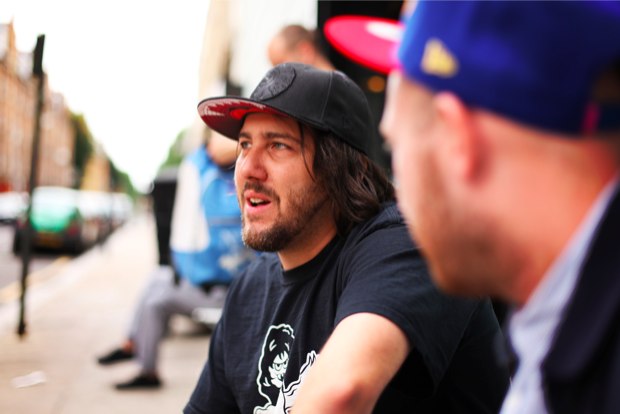 When thinking about the U.K scene how much does it differ from what your used to as we imagine you guys are a lot bigger in the states than over here?

It seemed like a lot of the same kids that have come through pretty much have the same sort of style than the kids in New York, and like a pretty interesting crowd. I don’t know I’d have to say it’s pretty similar to what I would see for Mishka…because you know you have the kids that are heads to toe in Mishka or The Hundreds so you know what they’re coming for. But then  you have that random guy who’s just like…you don’t know if he’s a fan or jus kind of randomly walking in.

What is the main drive behind Mishka?

When we started we where fans of different brands right and we like, we liked when they pulled the more obscure references at least when the graphics where concerned. And so when we started it was like, you know we where really really graphic driven, like it wasn’t really about a brand parse it was more about just designing cool t-shirts, and it was stuff we where into at the time and flips on things maybe we thought would be cool.

I guess over the years as we developed into more of a actual fashion brand, maybe fashion brand within a lifestyle brand we sort of kind of stuck with that same sort of idea doing things that we wanted to wear and that we liked, and taking classic Americana, military pieces that have been used in menswear and sports wear and flip it our kind of way. 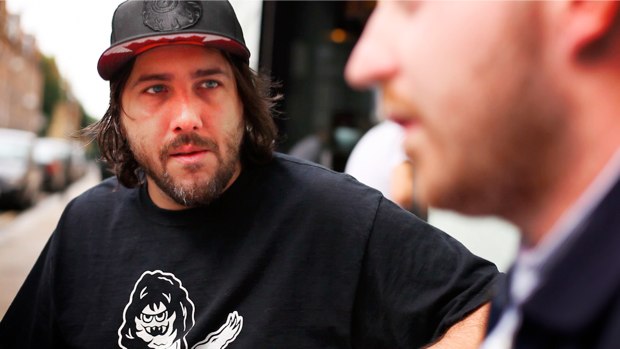 Mishka seems to be more like a life style brand, is that something you tried to do on purpose or has it been a natural progression of the brand?

I thinks its what its become in a sense? I mean I don’t think we had a really…I mean…I don’t want to like diffuse any of the magic behind it but I don’t think we had a clue of want we really wanted it to be, I guess we wanted it to start with just making cool t-shirts and then I guess over time you know its become more or less our kind of….yeah we do have an eclectic group of artists and individuals that are involved, its not really any one person that  makes Mishka what it is, it’s a mixture of everybody. We have from like, one of our first interns who’s now our art director Mike Jones., he’s done a lot of our iconic stuff. My partner Michael, he’s been really pushing the blog and the music side of things. We have some amazing illustrators and stuff  so at this point I feel like we have this family and a group of people that make Mishka what it is.

How did the Mix tape series come about, it seems to be doing very well. Did you see it as a gap in the market  or was it just something new that you wanted to do?

I think it was this guy Michael Cohen that works for us, I think it was his idea to do the Keep Watch series – he curates that. Basically the idea was get some of the best Dj’s around the world to make an exclusive mix for us that we could release. So when people think of Mishka they could think of the mix tapes.

In the beginning it was like ‘ok this is good promotion’ to have our name on parties and for people to come out and give away some free t shirts, but then after awhile we where like look, we need to be a bit more strategic about the parties, we had to tell no to a lot people. Now its at a point now where if Mishka is associated with an event it’s going to bring people out because they know its going to be a good party and they know what to expect. And that is where we wanted to go and the mixes have helped that, because if your into that stuff then your probably going to be into our brand and into the other things. It’s an extension of the brand and its very calculated and its worked out really well. 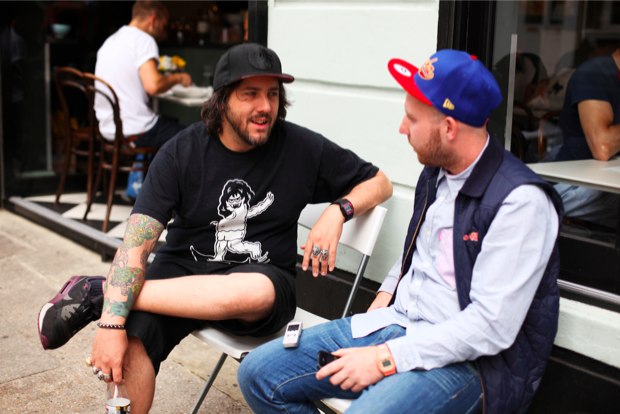 As a brand how do view the UK as a market place compared to the U.S and Europe?

I always look at the UK as a whole other country, it’s not really like Europe it is but it isn’t, I feel like it is its own thing. It’s always been an important market to me in a sense of like the direction Mishka is going. I  think people in the UK ‘get it’ more, they get the style and get what we are trying to do. Street wear for me here has always been more classier, more of the classic stuff like Stussy and Carhartt. And Maharishi. It feels like street wear here is a little more refined.

Any plans to get involved more with the UK in terms of parties and collaborations?

We are thinking about it, maybe on a retail side, more things like pop up shops and temporary shops. I would love to open a store here….its not something im going to rule out.

The collaborations as far as the UK? we are open to do stuff if its right…..

How are you viewing UK brands and the ‘Street wear’ scene and cultures over here?

I don’t really hear about many, The only UK brands that I have really heard of are brands like Addict and other brands that have ‘been around’ maybe.  As far as new brands I haven’t really seen anything whilst ive been here.

A massive thanks to Greg and MishkaNYC for taking the time out to sit down and have a chat, also a big shout out goes to Suffoca Boyce who was kind enough to join us and snap up the conversation.