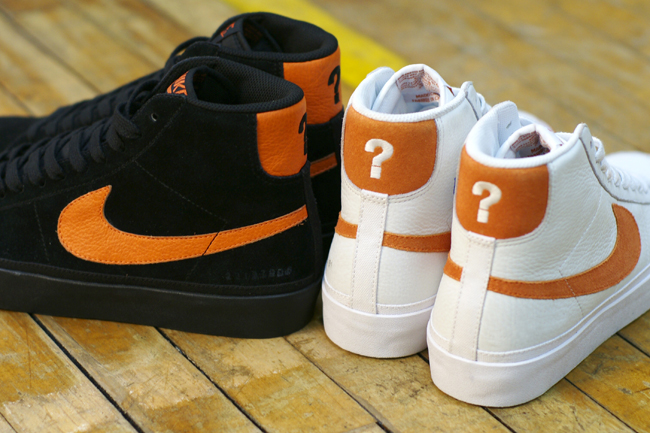 Coming off the back of their last release, which featured tech runners with 90’s influenced colourways, size? take us back to the 70‘s, this time choosing the iconic Nike Blazer to get creative with. This shoe is old school as they come (pro-keds & converse aside) and has serious basketball heritage.

They’ve killed it on this release. Going for two simple colourways, this shoe comes in the choice of either black or white. On top of the white and black, splashes of size? orange can be found on the Nike branding and perfectly selected area’s on the upper and outsole. This release has all the elements to break necks. Coincidentally (or maybe not) the orange colour resembles that of a basketball, which is a nice touch.

The white/orange version comes in an all leather upper while the black/orange is an all suede upper, from the pics the materials and build look serious. Finishing off this make-up is a question mark detail taken from the shops logo, which sits nicely on the back of the upper.

Word is there will also be a very limited colourway of the blazer releasing in September. There hasn’t been confirmation of what colourway it will be yet, but if you peep the pic at the top you can see an all orange based blazer sitting out of focus in the background …

There are 500 pairs to be released on Saturday 21st of August 2010, so get ready to head down to your nearest size? store. They will also be available from the size? website. 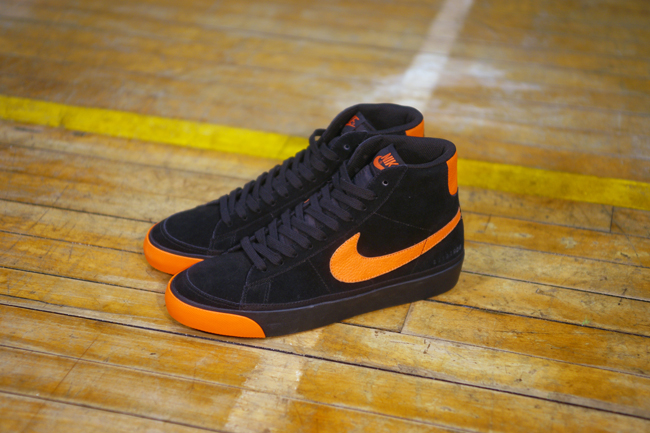 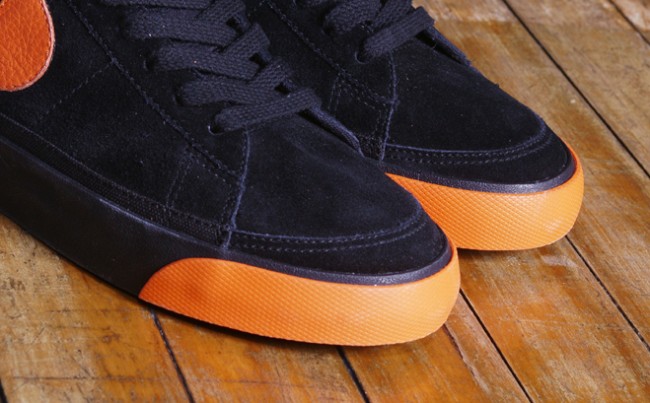 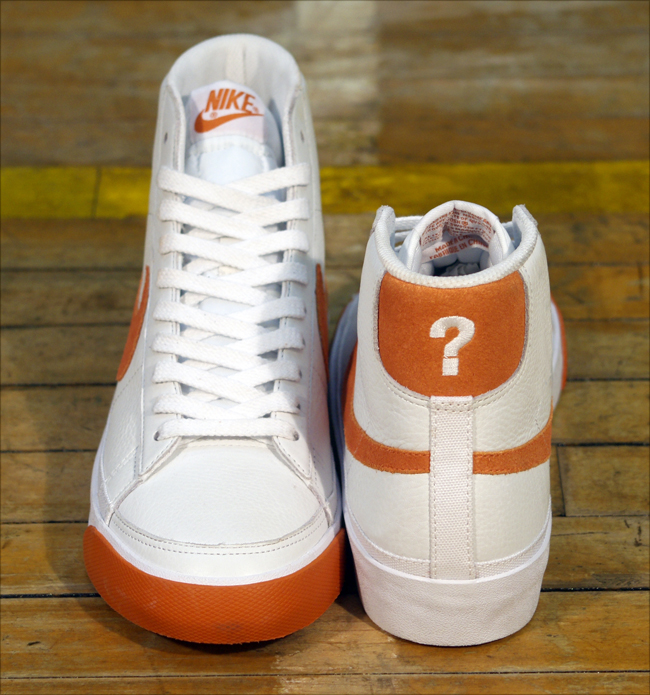