Warning: "continue" targeting switch is equivalent to "break". Did you mean to use "continue 2"? in /nfs/c08/h04/mnt/122689/domains/thedailystreet.co.uk/html/wp-content/plugins/wp-author-box-pro/includes/ReduxFramework/ReduxCore/extensions/customizer/extension_customizer.php on line 442
 Interview: A-Trak 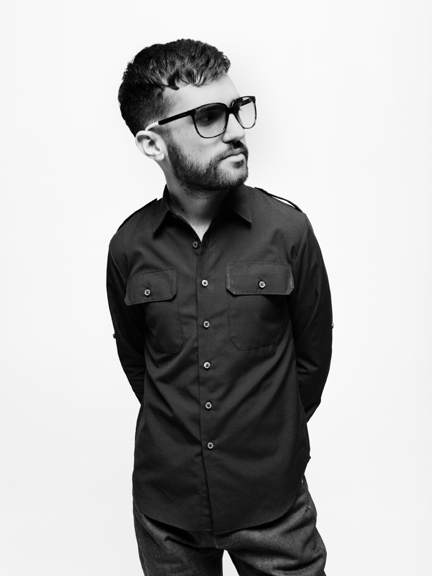 For those that do not know, A Trak is a Dj, a producer,  a designer and pretty much all round entrepreneur just like all musicians seem to be these days. The only difference with A Trak is that he is actually pretty damn good at all three, so when given the chance to put some questions to the man himself, we could do nothing but jump at the chance.

A month or so ago a friend of mine was working with A Trak on some promotion whilst he was over here in the UK spreading the word about all things Fools Gold; music, mix tapes and pretty much all things A trak, the said friend kindly let us here at The Daily Street put some questions to the man himself in regards to fashion, music and also his recent-ish mix tape project with Obey clothing titled Dirty South Dance 2 deluxe Pack.

Below is the interview in full with some images mixed in from the mentioned mix tape. Enjoy the read and take note that the Obey mix tape with A Trak is still available right now.

What were you doing while over in the UK?

What do you think of the country? How does it compare to back home?

I love England, I’ve been going for over a dozen years, and it’s great. I love the sense of humor, and there is also a great musical knowledge there.

Do you notice a difference in style between people in England and those in Canada?

Yes, although I left Canada 4 years ago, I live in New York. So I’m not sure how to answer this question.

Is style important to you? How would you describe yours?

Yes it is. I like close-fitting cuts in the Hedi Slimane tradition. I guess I’m known to wear a jacket (either black leather or denim), a fedora, some crisp jeans… My trainers are probably where you see that I’m a hip-hop kid at heart. Usually some retro Jordans, although sometimes Common Projects.

Tell us a little about your recent collaboration with streetwear giants Obey?

“Dirty South Dance 2″ is a mixtape which, as the name indicates, is the follow-up to a first installment that came in 2007. I made that one after I first met Shepard and he did the artwork. When I decided to make a sequel earlier this year, I reached out to Shepard again and we did it.

Any more collaboration’s we should look out for in the near future?

Duck Sauce, my project with Armand Van Helden. Our new single came out on October 10th.

As many fans of yours will know, you have done many a collaboration with a vast amount of brands, which has been your favorite to date?

I’d have to say Nike, I made a record for them called “Running Man” and I think it had a pretty long life and reached a broad spectrum.

What would be your dream collab? Music wise or fashion? Or both?

I’d love to make a song with Nas. His voice is so classic.

Are there any UK artists that you would like to work with?

What’s the next big moves we in the UK can expect to see from A Trak?

A Trak’s Dirty South Dance 2 mix tape tee is still available right here. And of course the mix tape is up for free download here.

Below is the latest video from Duck Sauce, the mentioned project that A Trak is currently working on with Armand Van Helden.

Obey Glow In The Dark Series