Warning: "continue" targeting switch is equivalent to "break". Did you mean to use "continue 2"? in /nfs/c08/h04/mnt/122689/domains/thedailystreet.co.uk/html/wp-content/plugins/wp-author-box-pro/includes/ReduxFramework/ReduxCore/extensions/customizer/extension_customizer.php on line 442
 GLC 'Love, Life & Loyalty' 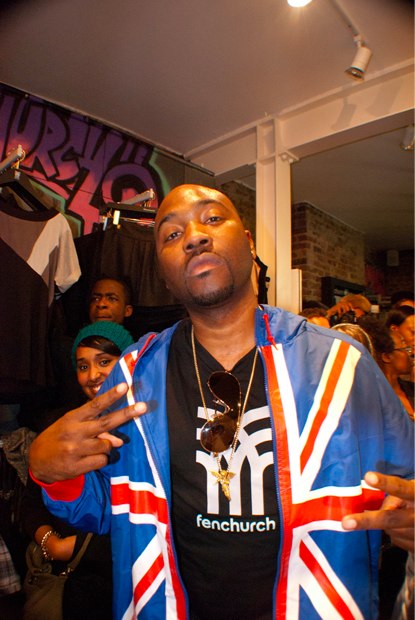 Last monday i was given the chance to have a sit down with one of my personal favourite rappers out at the moment. Ever since i first heard GLC on Kanye West’s College Drop Out album i have been a big fan, it’s his flow and the way he elongates words to ride the beat as if his voice truly is an instrument itself. GLC was over in London for one night only to squeeze in as much promo as possible and a live in store at Fenchurch, Covent Garden store, to spread the word about the release of his debut solo album ‘Love, Life & Loyalty.’ (out October 12th)

Initially i had a set list of questions planned to ask GLC, i hit record on the dictaphone and before i knew it the conversation just flowed, a reflection of GLC’s calm welcoming and friendly personality. What was meant to be a grilling interview of what, why’s and how’s turned into a relaxed, friendly conversation that seemed to cover all if not more of what i had intended to ask him. I found GLC’s opinion on music and his focus towards it inspiring, he seems to be genuinely about just making and putting out the best music he can for his fans, and for someone who’s style is so refined and suited for him, he seemed very humble, and admitted that clothing and fashion is not really his thing. Having said this he seemed to know what he liked and admired a good brand when he see’s one and shows the same amount of admiration and respect to the roots of what has made ‘style’, whatever shape or form that style may come in, what it is today.

Why and what brings you to the UK?

Ah man, I’m over here to spread my global ‘izm, you know im talking about? To get my concept embraced all the way over here on the other side of the globe.

The albums coming out soon, when does that drop?

The album comes out October 12th, I tell people all the time, it’s gonna help a player increase is wealth but don’t get for me, go get it for self.

How has the UK been receiving GLC so far?

Well I just say, due to the fact of just all the interviews that I have done today and the energy that I’ve received from all the people – if this is the correct reflection of how the UK is receiving it, man, they loving it!

The UK’s been great, it’s also been very well embraced by me how informative everybody who’s interviewed me has been, every bodies on point – the UK actually know!

Most in the UK will know you from Kanye West’s College Drop Out or Late Registration albums on tracks such as Spaceship and Drive Slow, why has it taken so long for an album? Does now just feel right?

It feels right; I wanted people to be more familiar with who I was before I dropped the album. I could of easily dropped an album off another mans merit, I could have been like ‘Yo, I’m Kanye’s guy – buy my album!’ Or I could have been like ‘Yo this GLC, I’m the ‘izm, I’m church, I’m the move’ and people will embrace it. I want people to understand my concept before I drop the album.

And I have fun just chilling in the underground dropping those mix tapes and being able to get booked for shows and paying my bills and doing college tours and shit – at the end of the day there wasn’t the need for me to drop an album but now, it not even about it being a need to drop an album it just the fact that this is what the people want. And at the end of the day, all those people that have got those mix tapes that I gave away for free and the music and this and that and all the videos they seen and all the work – it’s like man I owe that to my fans, so now its time to drop the album.

Did you wait until now to drop the album, to build credibility then?

I had to let people know what I was capable of and see more than Spaceship and Drive Slow. I had to let people into my world, you know what im saying? Into my thought process and see who that guy was who came with those verses. And now I believe more so than ever before that people have an understanding, and if they don’t have an understanding, through the grace of God they’ll continue to grow and develop with me. 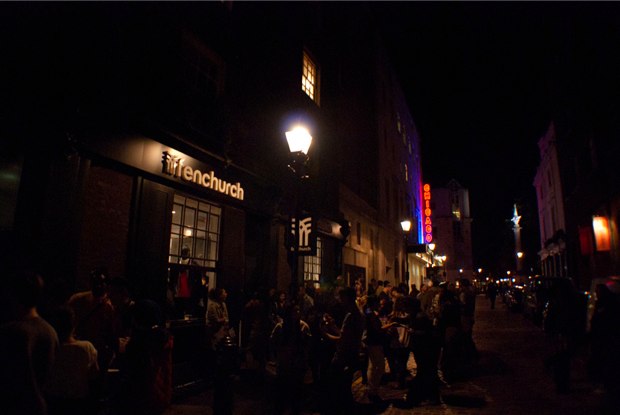 I noticed you wearing a Hoody with the Union Jack flag on the front of it in the ‘Clockin’ Lots of Dollas’ video, was that a nod to British fashion and style by any chance?

I’ll tell you, growing up in the 90’s in Chicago, the drug dealers and shit, you looked up to them and they always had on some cold ass British looking shit. Even with just Reebok shoes or British Nikes and British walkers and things of that nature, it was like if you had some shit from a land a far not just shit you can get from anywhere; it was a symbol of you was really doing something with your life. And at the end of the day I just thought the flag was fresh as hell! I thought that shit looked really dope!

I notice when I come over here I’ll see certain things in fashion and then I’ll see it in the states a year or two later. So ya’ll like fashion forward you know what I’m saying so at the end of the day, I have to give respect to where respect is due. There’s no way I can come in the game being all ‘I’m fresh and I’m this or I’m this and that and I’m pimpin’ and this and that’ with out having any type of respect or reference to like the home of the shit, or where the shit is.

Talking about style, I wanted to ask about being involved with a label like G.O.O.D Music and being around stylish guys such as Kanye West, Kid Cudi and Common etc, has any of their style influences rubbed off on you?

Well I’ll tell you with G.O.O.D Music, I haven’t been signed to them since 2006, because it was a label back then but we lost our distribution through Sony at the end of 06. And once we lost the distribution G.O.O.D Music became like a family, and now Kanye’s is a position where he’s trying to turn it into a label again, but ive just done a deal with EMI, so G.O.O.D Music is my family.

I have my own company it’s called ‘Get It Man Entertainment’ and I just did a historic deal with EMI, I’m the first time they’ve ever done a distribution deal with an artist with no sales history, it’s never been done before. 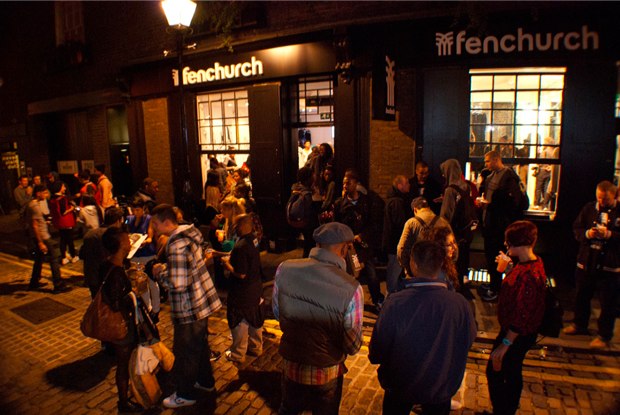 You say it’s like a family, surrounded by those stylish guys, have you felt the need to step up your game when it comes to your style?

Well I’ll tell you, just due to the fact that it’s the house that Kanye built, so if Kanye built it, and he’s on the cover of like Vanity Fair, so it’s going to be that and that’s what it’s going to be. So if that what you want to go and do then you can do it, and if its not then don’t do it.

Whilst on my promo tour I go to all these different Sneaker boutiques where they have all the street wear brands and this and that, and all these guys be knowing who I am, and they be wanting to give me more free shit? I’m like damn! It’s good to be embraced by the fashion community man, but that’s not my main goal or principle. Like a lot of rappers now a days will attach themselves with some fashion line, they can’t really rap that good but they got this shit on and they looking fly all the time and they on the internet but where’s the substance??

I love the Crooks and Castles, the Alifes, the Leaders out of Chicago, who else do I wear? I got Stussy, I even just did a photo shoot for Lrg and I was very surprised that they was still around? They one of the top 4 ‘urban’ clothing brands in the world and they started off as just a street wear brand, skate shops. It’s crazy man when you see how far that it can go. It’s like when Biggie say “ I never thought that hip-hop could take this far”, who would of thought a street wear brand out of a little boutique in Orange County would of became what it is now? So it’s good when you see someone who has a cold brand and they shit is dope and you have the ability to grow with them you know. 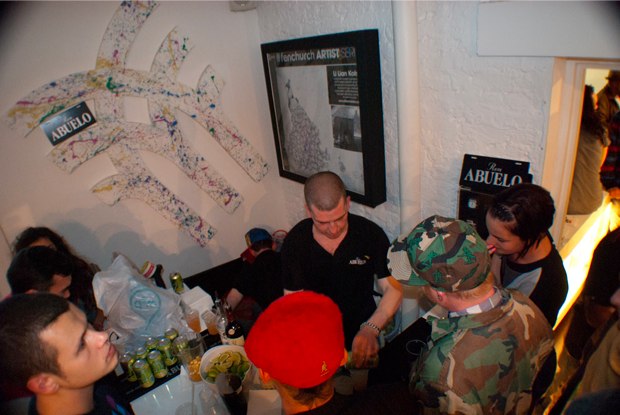 And I got to say the Church is on the move man, the album comes out October 12th ‘Love, Life and Loyalty’ it’s gonna help a player increase his wealth but don’t get it for me go get it for your self. CHURCH!! 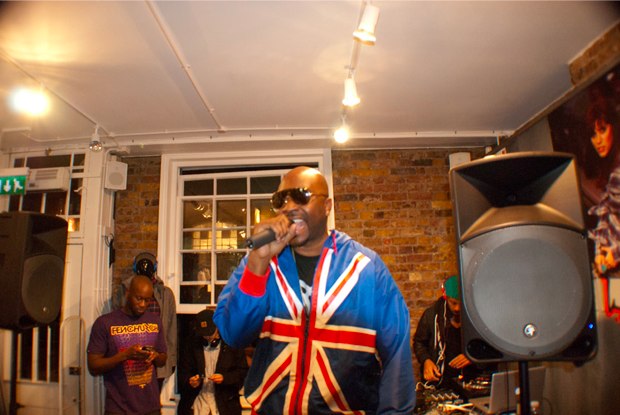 Images thanks to Fenchurch. And drinks on the night provided by Abuelo Rum, so thanks to them for getting the crowd merry!

And a special thank you from myself to GLC for taking the time to sit down and talk with us, and to Charlee at Vision Music for putting the whole thing together. The live in store was top notch and the packed out store had a lot of love for GLC. Hopefully we will see him over on these shores again very soon!

Check out some footage of the night here, for all those that missed out!