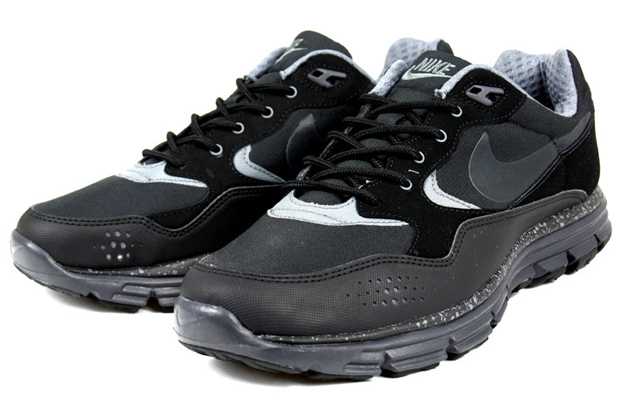 Quickly after the release of the Black/Volt and Velvet Brown LunarWood+ ACG, we are introduced to their stealthy brother that is this Black/Cool Grey rendition.

This dark colourway is for those who want to rock the LunarWood+ without the bright popping sole that is so often associated with running kicks. Almost completely Black with detailing being ‘highlighted’ in Cool Grey, I can’t get over how stealthy this shoe is. Maybe it’s for night time runners, or people who want to run on the sly? Either way it’s a pretty dope mock-up of what is quickly becoming one of my favourite shoes of the year. I’ll even admit that the Black outsole works … and I don’t get on with Black outsoles. The dark nature of this shoe really allows the speckle on the midsole to shine through and take it’s rightful place of glory, which is nice to see.

I love the shape of this shoe. It’s another one of those shoes that shouldn’t really work, mixing trail and trekking with running, but it somehow does. It’s kind of chunky, but in a way that reminds me of the smooth curvature of the Air Max 1. You get the picture …

This stealthy number is available from End Clothing now for £69. 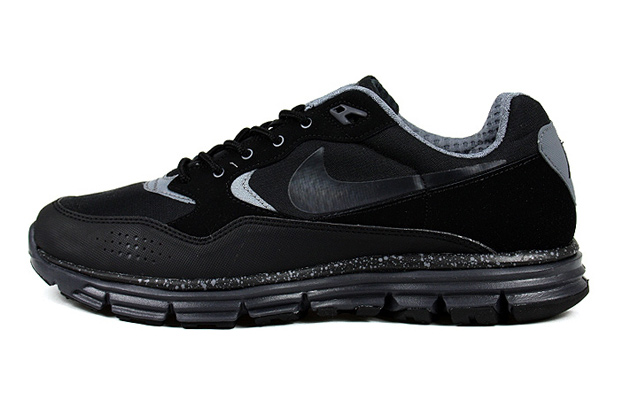 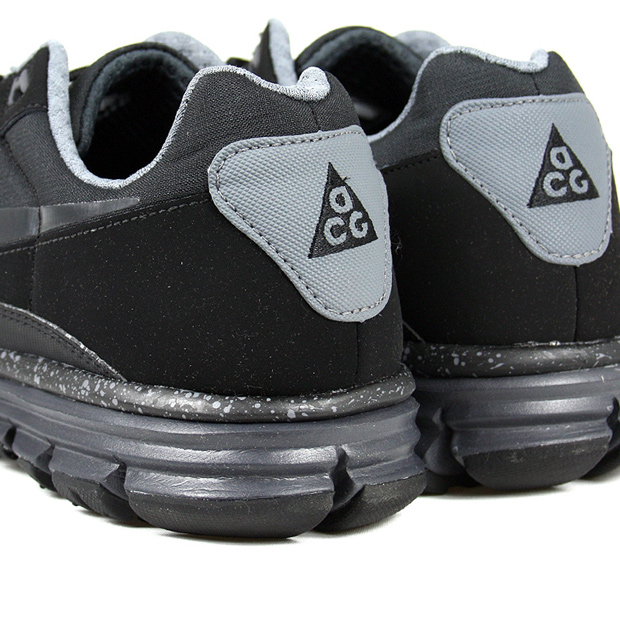