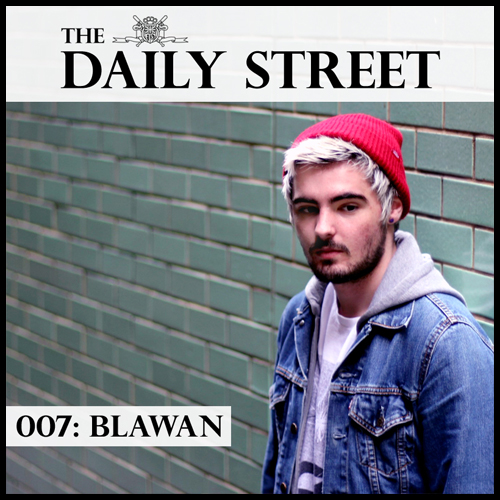 Mixtape 007 is bought to us by breakthrough producer and DJ, Blawan. A hefty 50 minute mix of House, Techno, Dubstep and everything in between that is a real treat for the ears.

With his debut release on infamous label Hessle Audio and being featured on Dubstep Allstars: Vol.07, it’s fair to say that Blawan has made moves in the dance scene and is set to go on to big things. An honest chap from Barnsley in South Yorkshire, you would be excused for never linking him to his tunes and success if you get the pleasure of meeting him. When talking to Sonic Router about how he got his debut release ‘Fram’ on Hessle Audio he said “I had a few tunes that had been sitting around and one day, I just said ‘Fuck it. I’ll send these to Untold.’ I did that, then within about 2 hours I got a phone call off David (Ramadanman) saying Jack (Untold) sent him the tunes and the guys liked them and want to put something out. A simple but crazy outcome and I can’t tell you how lucky I feel to be in the Hessle camp.” … nice and simple! If that doesn’t give you some idea of this guys talent then I don’t know what will.

With forthcoming releases coming up on some serious labels (I’ve been sworn to secrecy) and a couple of remixes also, expect to get very used to the name Blawan. TDS007 is something of a gem and possibly my favourite mix so far (I will probably say that about quite a few as time goes by), including some unreleased treasures from the likes of Pariah, Brackles & Shortstuff, Pearson Sound and Harmonimix (aka James Blake), how could this not be my favourite one? One thing I must point out is that the mix doesn’t actually feature a single tune from the man himself. How modest!

007: Blawan by The Daily Street on Mixcloud