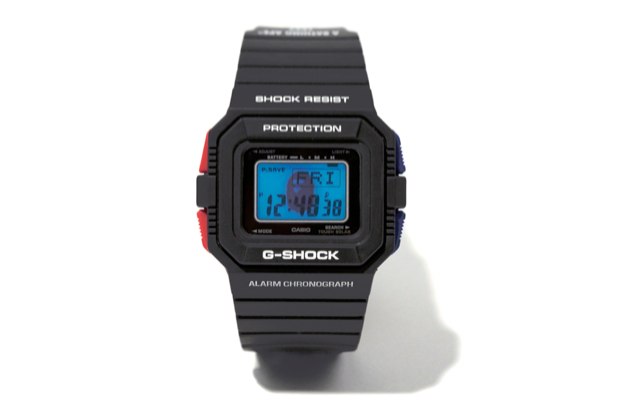 This Saturday see’s yet another Bape release, this time we have a G-SHOCK 5500 wristwatch. A must have for both Bape and G-shock collectors .

This G-SHOCK takes it back to the more minimal old school design, slimmer, flatter than the more recognisable G-SHOCKS,which this model is somewhat over shadowed by. I like the simplicity of this watch, wearable with pretty much everything including the subtle details such as G-SHOCKS ‘world time feature’ and the classic Ape head back light. The red and blue buttons are what makes this watch also exclusive to Bape, another feature to be marvelled at. Bape print and logo’s feature throughout the watch on the straps to , just to make sure everyone can tell it’s a Bape G-SHOCK.

Available from this Saturday (11th December) only from the Bape London Store and Bape.com in limited quantities. 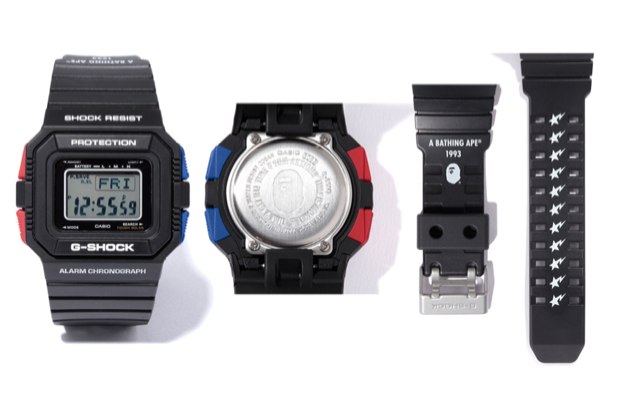