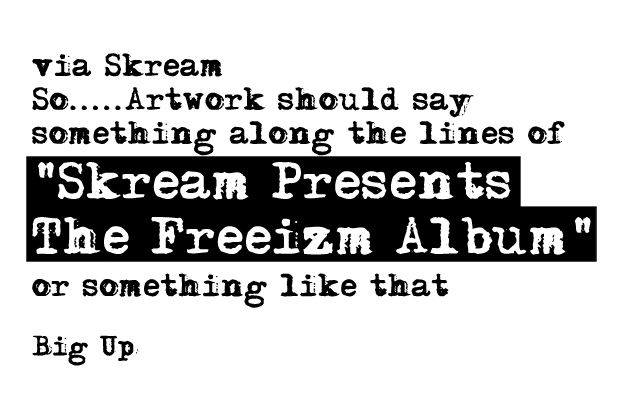 Skream has done it again … produced enough quality tracks that he has an excess which he has decided to give away for free as a Christmas gift!

I haven’t heard of Skream giving out dubs since Freeizm 3 dropped back in July, so it’s nice to see that he is still as charitable as ever, in fact he is more so these days, giving away a full 13 track album. Skream could have easily signed this whole album for an official release to squeeze some money, but the fact he is giving away some of his tightest dubs makes me have mad amounts of respect for him. He also included this note to go with the present:

Merry Christmas…..
Massive shouts to everyone who’s supported me this year in any way…
This album is complied of old stuff, lost dubs and some new stuff so I hope you enjoy!
Here’s to 2011!
Massive shouts to Mario Cvetic for the Artwork!

Big up to GetDarker for the info.