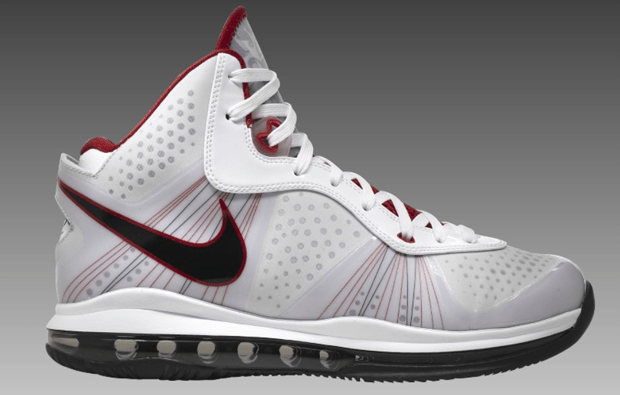 Since the release of the new LeBron 8, a second version named the ‘V2′ has subtly slid into stores alongside with the original first design. You’ll notice little change in aesthetics on the ‘V2′ as the changes are more of a performance based decision, with this shoe being an ounce lighter than the first LeBron 8. Instead of the buttery suede used on the black/red make-up, mesh has been substituted for that extra breathability and makes the shoe more lightweight.

This White/Red/Black make-up is not far off the ‘China’ edition of the LeBron 8, which was absolute fire. Though this colour-up sits just below that level, it’s a very, very strong release that will accompany all the other Miami Heat based colourways perfectly.

The slight change to the toe box has actually made the shoe look less bulky, blending a little more comfortably with the panels that spread across the upper. Both versions are excellent in many ways but the ‘V2′ looks like the better option for performance. Maybe the switch to the ‘V2′ is responsible for the recent winning streak LeBron and the gang down at south beach are enjoying… 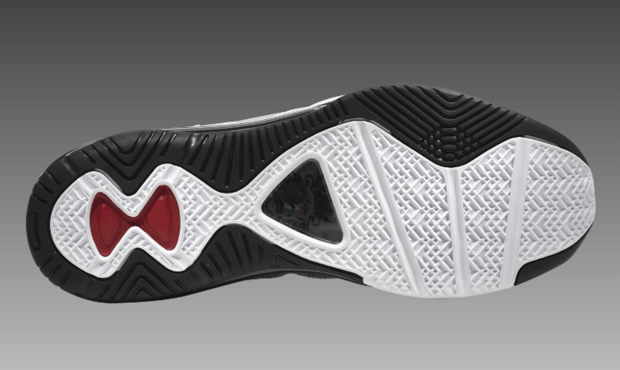