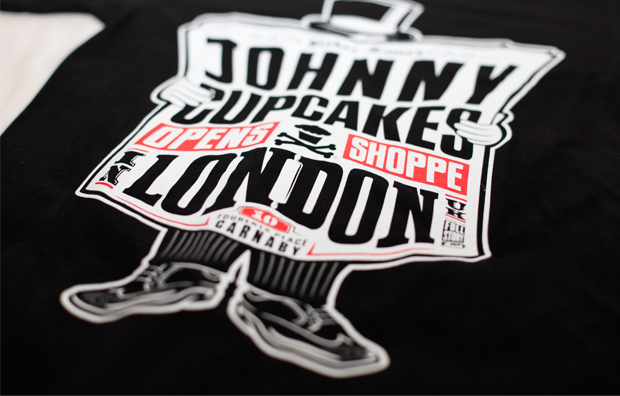 Those of you who are followers of the regularly updated Johnny Cupcakes blog, his facebook fanpage, or twitter, may have spotted a glimpse at the first London store T-shirt in some recent photos, but now, for the first time, we can bring you an exclusive look at the design up close. Johnny regularly drops tees exclusively available from his flagship stores in Boston and LA, but with the new London store, comes new UK exclusives.

The black tee features a typically British inspired illustration, with the newspaper headline reading “Johnny Cupcakes Opens Shoppe In London, UK” and his Crossbones logo nestled in the centre. The tee also includes a bunch of other little details, like the address of the new shop, and a little message printed on the inside of the shirt, which reads “Saturday the 12th of March 2011 marks the grand opening of the Johnny Cupcakes London UK store” – a great way to commemorate the occasion.

The T-shirt will be one of a handful of London Store Exclusives available when the Fouberts Place store opens in a few short weeks. More news on the opening event to follow soon, but for now, find out more at Johnny Cupcakes.

Photography by: Suffoca for The Daily Street 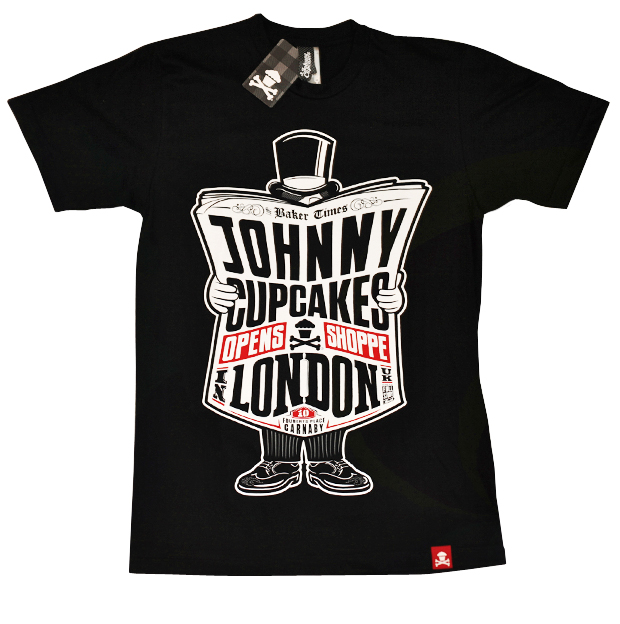 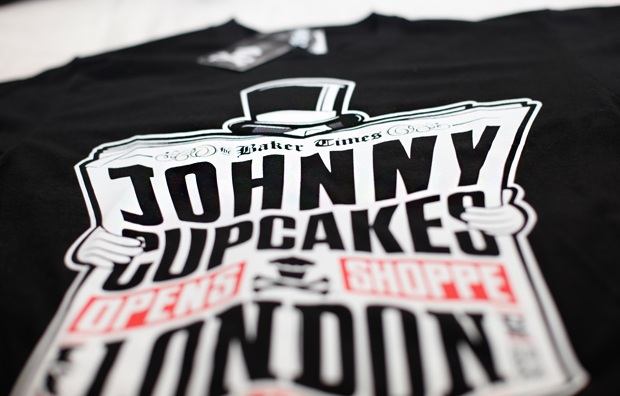 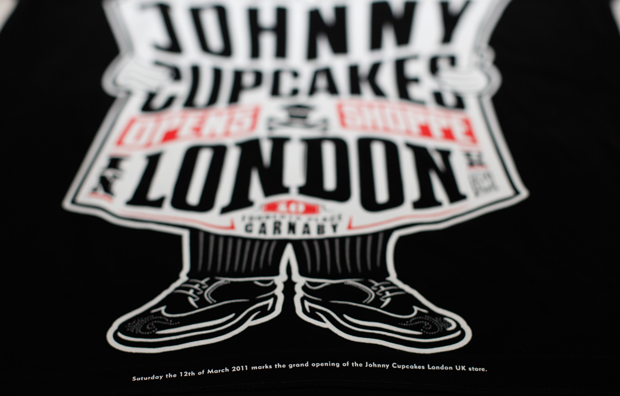 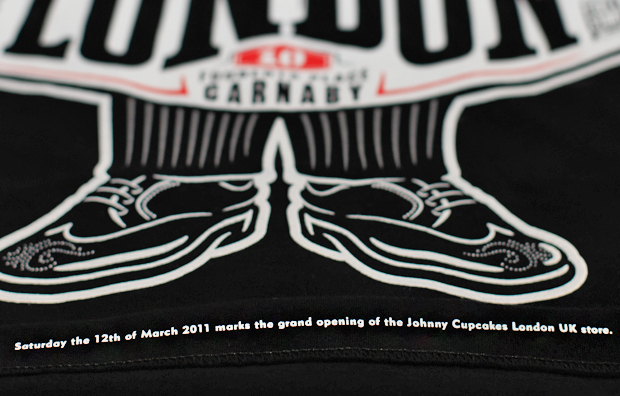