Warning: "continue" targeting switch is equivalent to "break". Did you mean to use "continue 2"? in /nfs/c08/h04/mnt/122689/domains/thedailystreet.co.uk/html/wp-content/plugins/wp-author-box-pro/includes/ReduxFramework/ReduxCore/extensions/customizer/extension_customizer.php on line 442
 Recap: Johnny Cupcakes London Grand Opening 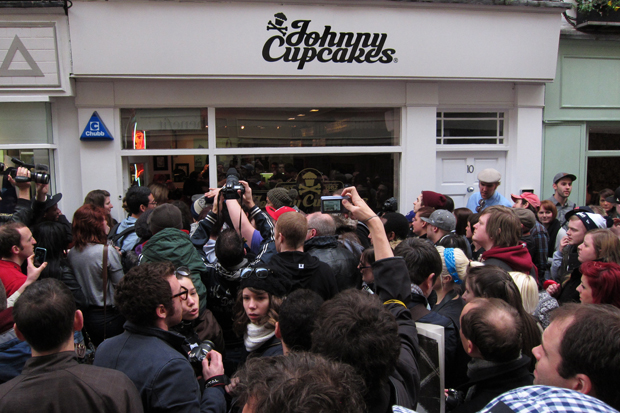 This Saturday was a day I’d been waiting for, for a long time, and by the looks of things, my sentiments were echoed by a lot of other people. Boston born clothing brand Johnny Cupcakes opened their first international flagship store this weekend on Fouberts Place, just off  London’s historically significant Carnaby Street. I first met Johnny almost 2 years ago when he made his first trip to the UK, and having been a fan of the brand for a few years prior, my first question was of course “So, when are you going to open a store in London?”. Back then, it was all just an idea, but it’s become reality in what feels like almost no time at all. 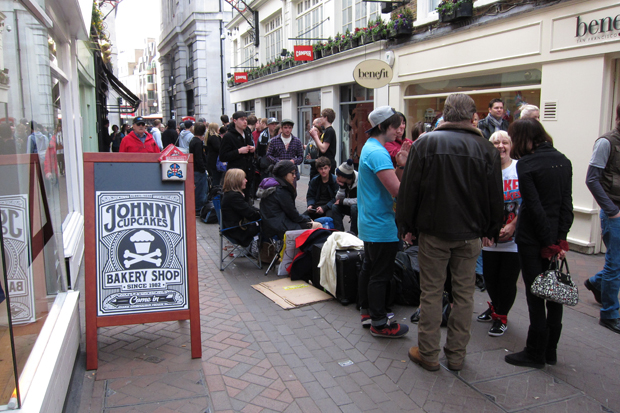 I arrived outside the shopfront around 11am on Saturday, only to be met with a line of people, stretching from outside the front door, all the way down the street where it met Regents Street at the end. For the next 2 hours (and almost every subsequent hour throughout the day), more and more followers turned up to get there chance to see the spectacle, almost every single one clad in their own Johnny Cupcakes T-shirt. By the time the brown paper covering the windows was removed, hundreds of people had swarmed Fouberts place, some squeezing to be the first to get a look inside, others eagerly awaiting their turn in the spot they’d saved for themselves hours before. The huge turn out was more than a little surprise to the other shop owners on the block, as after opening the doors a little after 1pm, Johnny and the team continued to usher fans into the space until around 11pm that night – 10 hours of solid customers. 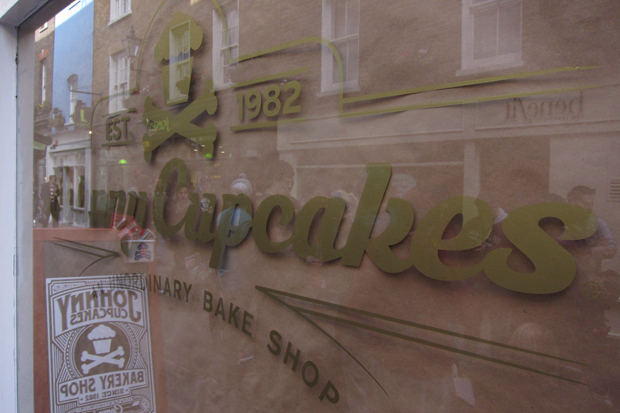 I spent the entire day catching up with friends, and meeting a lot of new people on the street outside the store. One thing that has always stood out to me about Johnny Cupcakes is the community attached to it. Standing outside the store, I couldn’t help but feel some affinity to every single one of the hundreds of people that passed through. We were all fans of Johnny’s work, most had followed the brand closely for a while, and we were all there for the same reason. For me, it’s not so much the T-shirt designs themselves, but the brand itself that I really enjoy. Johnny and his team think through every last detail, and are completely selfless, dedicating their lives to the brand and those who follow it. The phrase ‘lifestyle brand’ is banded about a lot these days, but Johnny Cupcakes is a true example of that. 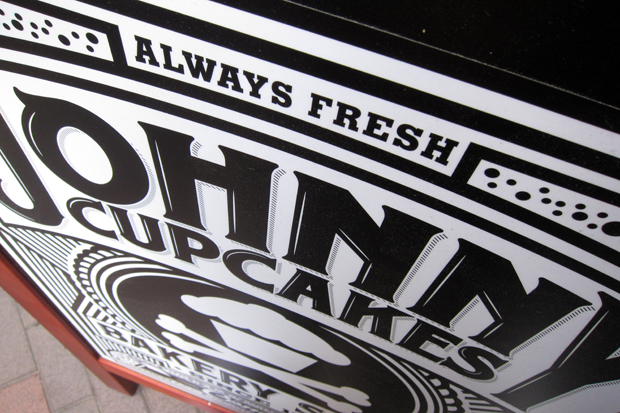 The staff made sure each and every customer had their own unique experience while in the store, taking the time to introduce those less familiar with the brand, to the concept they had stepped into, and making sure those who had camped out and lined up from the early hours got everything they were after. Every customer is treated like an individual, and despite being rushed off their feet the whole day, all of the staff were more than eager to help until the very last customer had departed the store. Much like Johnny Cupcakes’ other stores, the new London flagship is designed like the interior of a bakery, with T-shirts displayed in curved glass cabinets, but the London store has it’s own rustic twist. The most striking pieces of the interior design are the two mechanical ball runs along the right hand wall, their pinball like design sending marbles up and down constantly. The store is finished with vintage-style advertising and signage lining the walls and plenty of other bakery props. 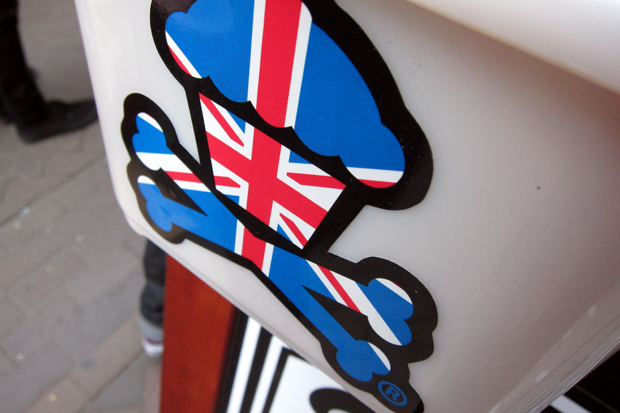 I highly recommend stopping by the store next time you’re in London, but also reading up on Johnny and the brand he has created. No matter whether you rate the designs or not, there’s a lot to be learned from the brand’s approach to selling clothes, their branding and their customer service. I wish them all the success in the world for the new spot, and I also really hope that, if it does prove a success, it might encourage other brands from the states to move more of their operations to the city, and the UK as a whole. Who knows what other flagships we may see opening in the area in the next few years. Find out more about the brand at Johnny Cupcakes, and congratulations to Johnny himself and all involved. 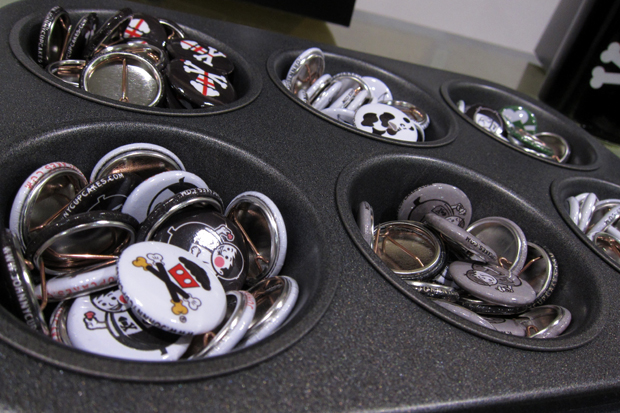 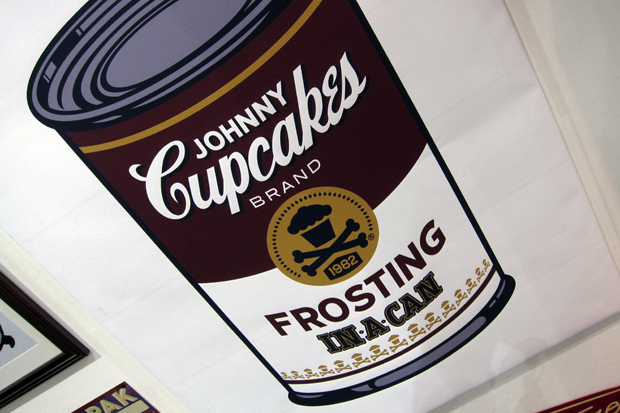 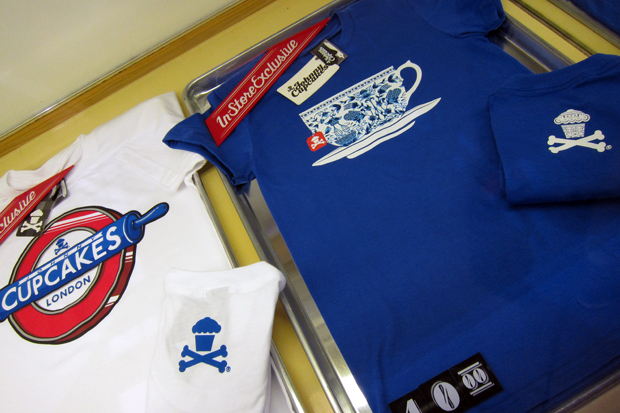 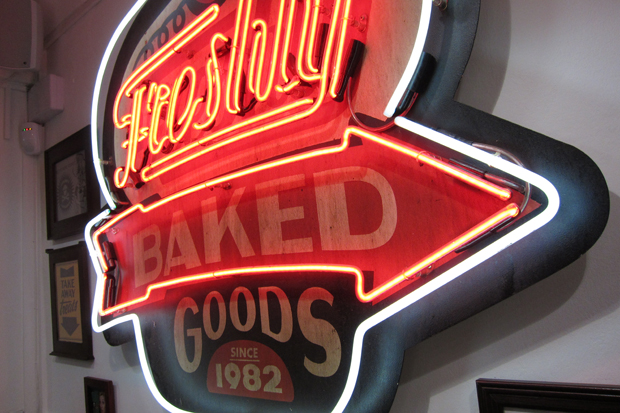 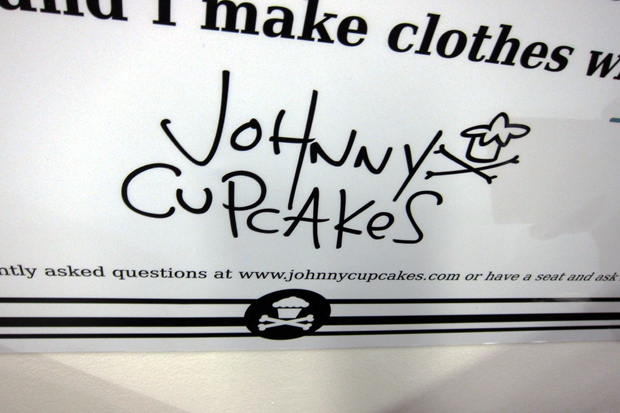 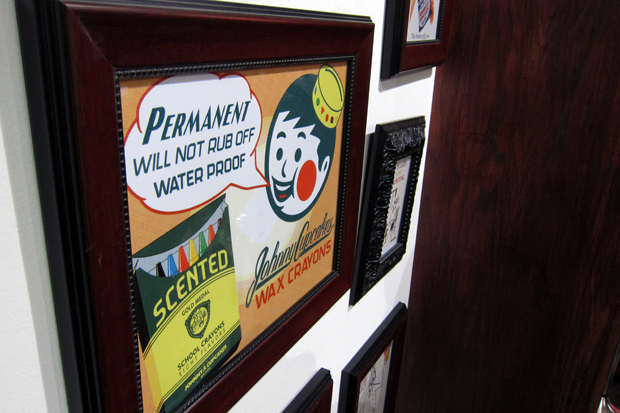 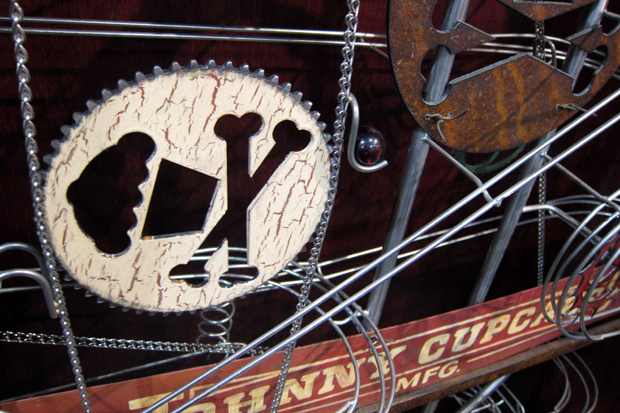 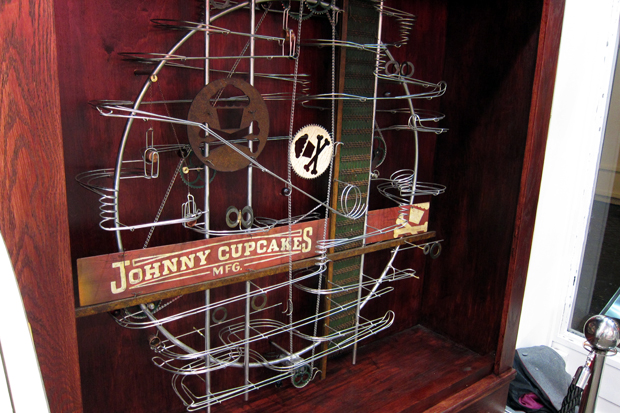 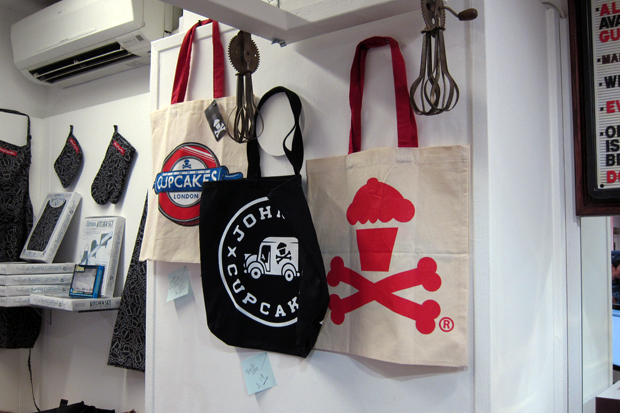 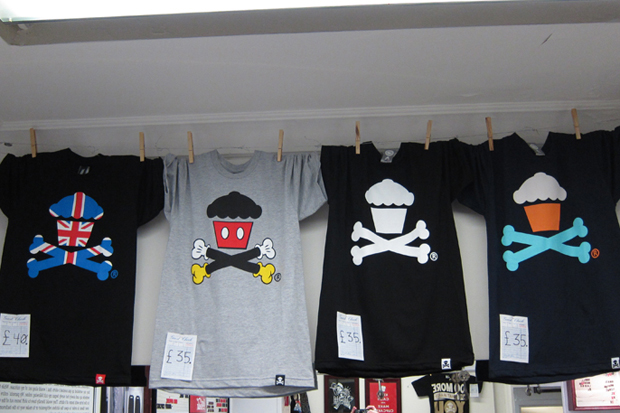 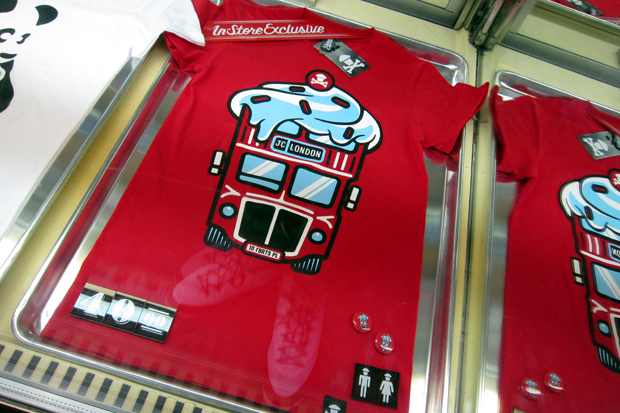 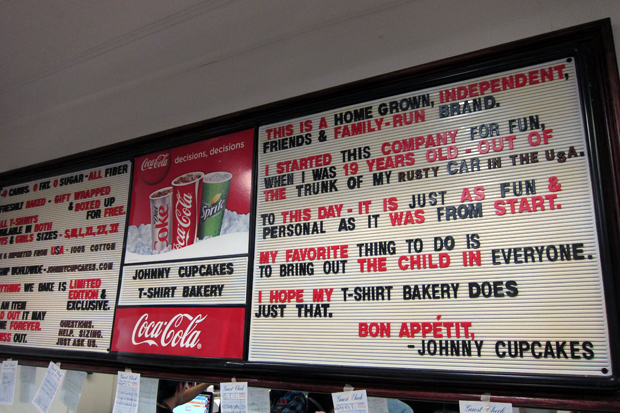