This past weekend I had the opportunity to have a sneak preview of the new Supra and KR3W concept store in the basement of Slam City Skates. The store takes up residency beneath the famous London skate store for the next year, and houses a full selection of both KR3W and Supra products. It’s the ideal opportunity to see all the product available from both brands, including KR3W’s full range of denim and apparel, and footwear collections from both brands.

Whenever these two brands are mentioned, one name always comes to my mind, that of Chad Muska. Muska personifies the whole KR3W and Supra ethos, and is largely responsible for bringing both brands to the spotlight. His Skytop design for Supra has become the brand’s signature product, now nearing it’s third incarnation, and has sold millions of units in all sorts of colour and material combinations to people all over the world, both inside and out of the skateboarding community. I grabbed Chad for half an hour before the mayhem of the store’s launch kicked off, and chatted to him about his skateboarding career, his work with Kr3W and Supra, his plans for the soon to be released Skytop 3 and his thoughts on London and the UK’s skateboard scene. Here’s what he had to say… 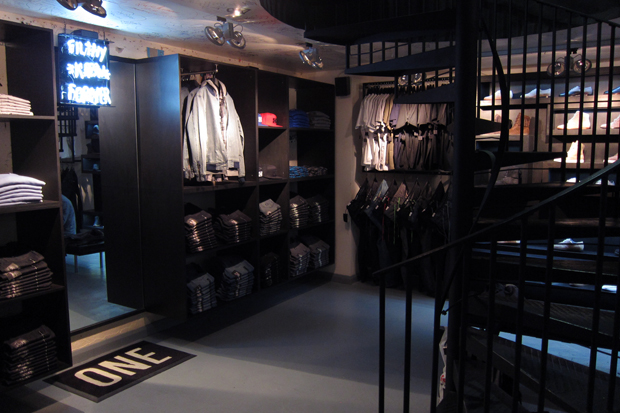 So… Chad, where did it all begin, where was the beginning of your journey?

Uh..so I remember, I was in my mum’s stomach and uh… haha. Well, everything that I do as far as clothing and shoes and all that work comes from skateboarding. Skateboarding was my first love and it all really started from there. I never started skating that it was going to be my job, or my life, you know, it was just something that I loved to do and eventually as I progressed and I got more involved with the scene, I was approached to design products around my name. I was very hands on with everything from the beginning, even before skateboarding I was always into fashion, going to thrift stores, getting stuff and chopping it up, trying to create my own.

And of course, your design work with KR3W and Supra was not your first, you’ve had a long line of products over the years, so, what sort of concerns did you have in mind when creating your first shoes?

For me, even before I had the opportunity to create my own products, I always felt like I wanted things that weren’t available, I’d always envision products that weren’t in the market, trying to throw my own twist on things, you know? I didn’t put to much thought into what would be successful or what would be the best selling stuff, it was more about filling a void of product that wasn’t in existence, and working on ideas that I wanted to see become reality. It started with the first shoe on éS. I drew it on a napkin and brought it to the designers, and it was received well, it did well, and from there it was like, wow, some of these ideas are being accepted. That was like ’96, I don’t remember exactly, but it’s been a long road and it’s definitely been an amazing ride. 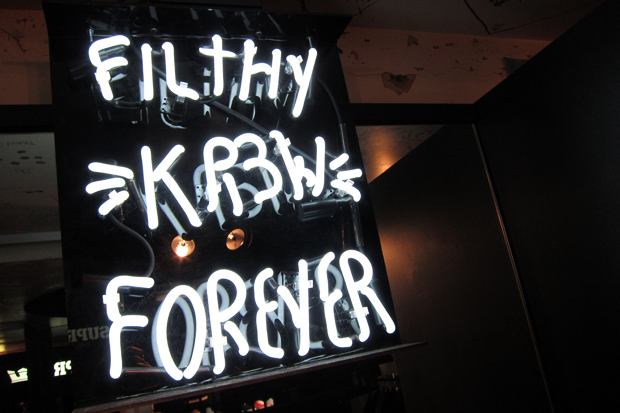 So when did KR3W and Supra come into the picture?

Supra’s been around for about 5 years now I think, I’m bad with time frames so you might want to double check that! It’s all one big, long year to me. That came about because I had kinda ducked out of the scene for a little bit. I was still skating fully, but I was just experiencing life and doing my own thing or a while. As I started coming back into the skate scene, Kr3w hooked me up, everyone from the owners to the team riders were long time friends of mine. They asked me skate for Kr3w and I started developing products with them, and right when I was getting involved with Kr3w, the idea of Supra was starting to form and come together. They gave me the opportunity to create a shoe and I started to conceptualise right away. I was wearing some old, retro high tops at the time, and besides the dunk there wasn’t really anything in our market like what I was envisioning. I created the idea of the Skytop and worked with a designer hands own to create the line. At first people were a bit like “What the hell is this thing? You’re crazy, this shoe’s not going to work”, so there was a lot of doubt on it. I guess it had a bit of a slow start, but once it hit, it hit pretty hard.

When did it hit? What was the big moment for the Skytop?

It was a hit for me from the beginning, it was something that wasn’t out there, and we created it. I loved it from the first sample, but I think it took the rest of the world to see the likes of Jay-Z and Kanye and Lil Wayne, and a of other rappers wearing it to go “wow, this is really something”. Skateboarding is obviously where I come from, that’s my roots, but this product started reaching out to a mass audience, and I thought that was really cool, the fact that people were buying the shoe based on the design, rather then just because they liked my skateboarding. To think that people that didn’t even skateboard would appreciate my product is something I’ve always had a vision for. It’s great to introduce people to skateboard products because I think that they do appeal to more than just skaters. It’s cool to be able to create stuff and have a life outside of skateboarding, as well as in skateboarding, obviously that’s my love, without it I’d be nothing, but it’s a blessing to see the product be well received in all sorts of different industries.

Obviously we’ve moved on quite a bit from the original design, as we’ve already seen with the Skytop 2, so what were the reasons behind the modifications in it’s design?

I actually wanted the initial Skytop to be taller and everybody was like “It’s already too tall, bring it down, bring it down” and so the II was almost a reflection of what I wanted the I to be, and an evolution of the original – it’s a little more form fitting, more slick of a fit. Things are constantly changing, leading up to the Skytop III which is a completely different shoe from the I an the II but yet still pays homage to the history of the shoe, you can see the influences are there.

With the Skytop 3, did you want to switch it up completely and try something new?

Yeah, I felt like when the first Skytop came onto the market, everyone was like “woah, this is crazy, it’s not going to work” but as it became successful, a lot of other companies did similar stuff and now there’s almost an over-saturation of vulc highs in the line. Everybody else thought “what are they gonna do now? Is the 3 gonna come up to your knee?” haha. For us we just re-thought it completely, thinking about the evolution of trends in footwear and tried to jump there before everyone else did. We went with the cupsole to combat the over-saturation of vulc soles and as much as it has similarities in the lines it’s a completely different shoe to the I and the II. There’s only so much you can do with the design of a vulc sole, but with the cup sole you can get a bit more creative, there’s a lot more you can do. 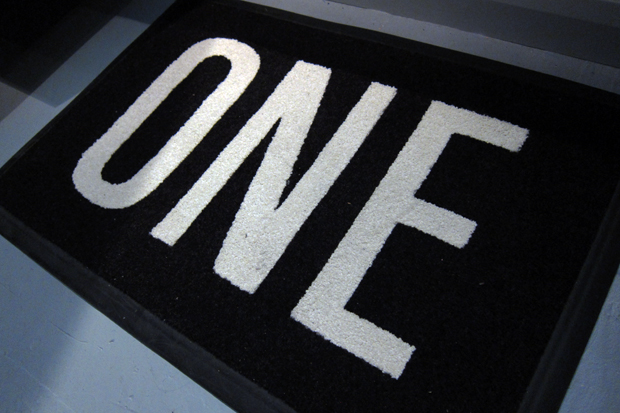 So back to Kr3w and Supra, it seems like the two work fairly simultaneously now, is it all one big family?

Yeah, we’re underneath One Distribution and we have some of the same team riders, some of the same creative people behind it. For a while Kr3w was the hot shit and we did so much for it, and while it was running we started to do more and more on Supra and it grew from nothing to take over. I think now we’re starting to adjust things back, put a lot more focus on Kr3w and get everybody more involved and continue to create the apparel that sits right alongside the footwear. We went the two to work together as a team but still have their own individual identities.

And how is that reflected in the One space where we are right now?

This is like the ultimate showcase of Kr3w and Supra, it really shows the line as a whole and displays it in a good way. If you go in to another store it’s hard to get a picture of what it’s really about, if there’s one Kr3w T-shirt here, the jeans are maybe over there and the shoes are mixed in with all the other footwear. I think when you see the collection as a whole, you really get the vibe of the company, and this is a perfect presentation.

Why London, why here?

I think for Kr3w and Supra, we look at them like global companies, we’re not trying to be a Californian company, or an American company, we want to take this thing ad expand as much as possible. And London, being such a hub for Europe, what better place to do it. All the guys have a good relationship with Slam and it’s been supporting skateboarding for years. The first time I ever came to London, maybe 15 years ago, this was the place that I came, and with our combination of fashion and skateboarding, I think here at Slam was the perfect launch pad. London is known for it’s style – my influences come from New York, London, Paris, Tokyo, those are the places that are influencing the world.

What about the UK skate scene, other than Slam of course, what things stand about about that to you?

London is my main connection to the UK, I haven’t gotten to explore much else. I always think of Tom Penny and his whole crew, and Meanwhile and Southbank, that’s what comes to mind for me. I’m sure it’s changed so much since then, so hopefully when this is all over I’ll have a chance to explore.

One is here in this spot for the next year, but what’s next?

We’re working on something in Paris right now, and we want to do something in New York, and hopefully somewhere in Japan soon too, but for me I just want to continue doing what we do and focus on designing and creating, coming up with new concepts and looking for new skateboarders to represent the brand. As I get older, I want to find the next guys to take my place and help mold the next generation. This is our passion, this is what we love, so I just want to keep going straight ahead and make things happen… That’s the plan.

Big thanks  go out to Chad for taking the time to answer my questions, the whole One Distribution team and those at Slam City for working together to create a great space and an excellent event to kick it all off. One is now open below Slam City Skates and will remain there for the next year, so make sure to pass by. More photos of the spot follow below. 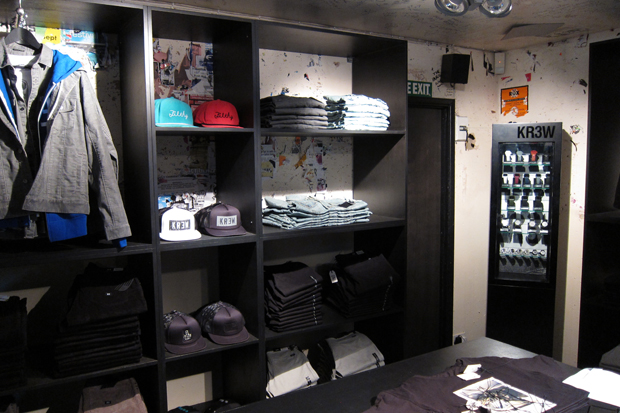 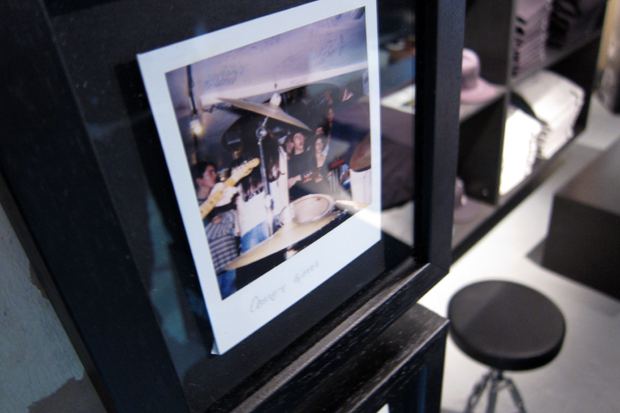 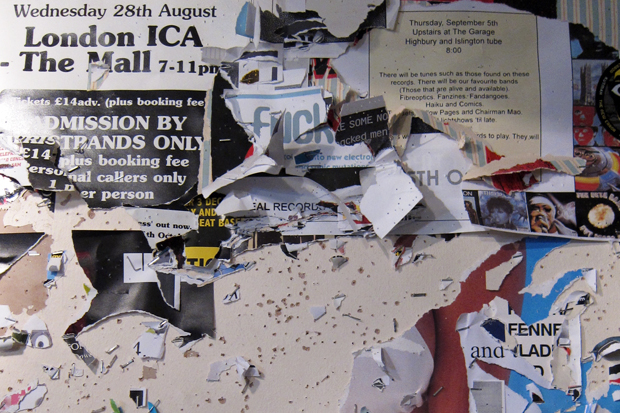 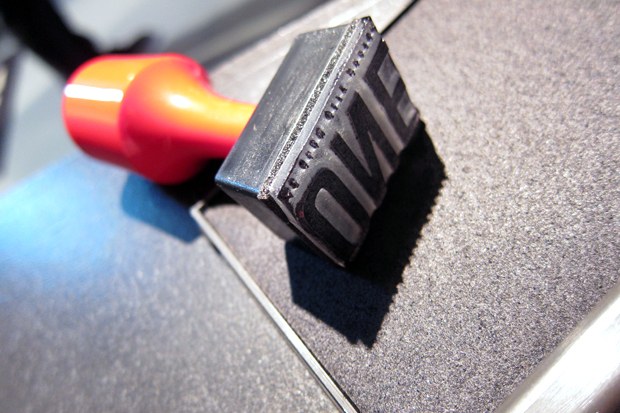 Supra and KR3W Present ONE