Warning: "continue" targeting switch is equivalent to "break". Did you mean to use "continue 2"? in /nfs/c08/h04/mnt/122689/domains/thedailystreet.co.uk/html/wp-content/plugins/wp-author-box-pro/includes/ReduxFramework/ReduxCore/extensions/customizer/extension_customizer.php on line 442
 Drop Dead Kingly Street Store Opening (Recap) 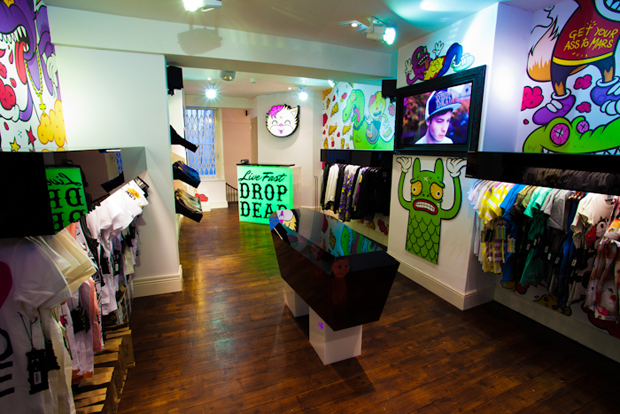 The Carnaby area has been a hive of activity of late, with the opening of the Johnny Cupcakes London Location just a few weeks ago, and this past weekend, the grand opening of a new London Flagship store by Sheffield born Drop Dead Clothing, situated behind the main Carnaby drag at number 8 Kingly Street. I’ve been lucky enough to have special access to both the original Brick Lane store opening, and this weekend’s Carnaby launch, and as anyone in attendance will surely share, both were spectacles I am glad to have been part of.

A little history for those not so familiar with the brand, Drop Dead was started by Bring Me The Horizon vocalist Oli Sykes in his teenage years, and has since grown to become a huge international name, with an army of customers spreading to almost every country across the globe. I’ll be the first to admit, that as a 16/17 year old, I was a pretty fanatical customer myself, and for that reason and more, it’s been an absolute pleasure to watch the brand’s journey – from a handful of tees and sweats picked and packed in the Sykes household, to a full cut and sew line, incorporating denim, outerwear, hats and accessories, sold online and now, through their new store on Kingly Street.

For today’s fans of the brand, this store must be some kind of heaven. Cartoon wallpaper and cut-outs line every inch of wall, while shelves and rails filled with clothes span the store, from front to the back. Every inch of the store has been designed to fit the brand’s style, from the the colour changing counter at the rear, the ‘kitty brains’ light box which rests above it, and the giant,  semi-transparent coffin (filled with glowing cats…) which sits in the middle of it all. It really is a huge interior design success, and I must give massive props to everyone involved in putting it together.

As for the opening itself, un-surprisingly, there was a big turnout… but I’m not sure anyone expected it to be as big as it was. Hundreds of fans filled Kingly Street for (quite literally) as far as the eye could see, and as the afternoon ticked away, the line seemed to be doing nothing but growing. I took up my position at the back of the store as founder Oli peeled away the black paper masking the window to reveal the explosion of colour that awaited behind it. Sykes spend the day signing autographs and posing for photos with almost every single customer who stepped through the door, each more overwhelmed than the last by what they saw inside. Every customer was given a goodie bag, with the first 100 treated to a limited opening exclusive T-shirt as a souvenir of their day and a reward for the time they’d spend in line (the first few camping out from the night before), and everyone left happy.

Fans continued to shuffle through the door until long after I made my way home, and I’m sure many more will continue to make their way to the spot throughout the Summer months, not just to make a purchase, but to share a little bit of what is a truly unique experience. Top marks go out to not only everyone involved with the design of the store, but everyone involved in putting on the event and running the store that day, making hundreds of happy customers.

The Drop Dead Store is now open at 8 Kingly Street, London, and is well worth a visit if you’re in the area, for a great example of a concept store. Find out more at Drop Dead. 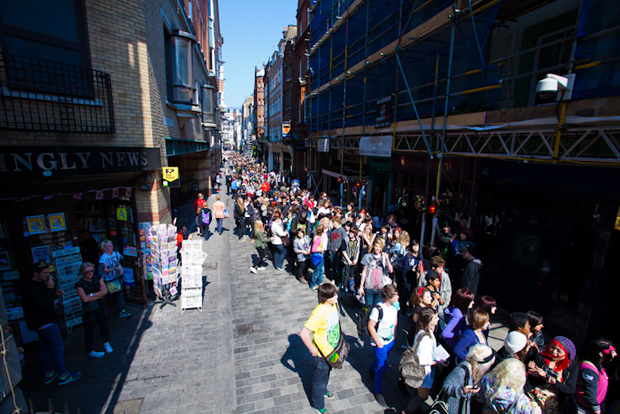 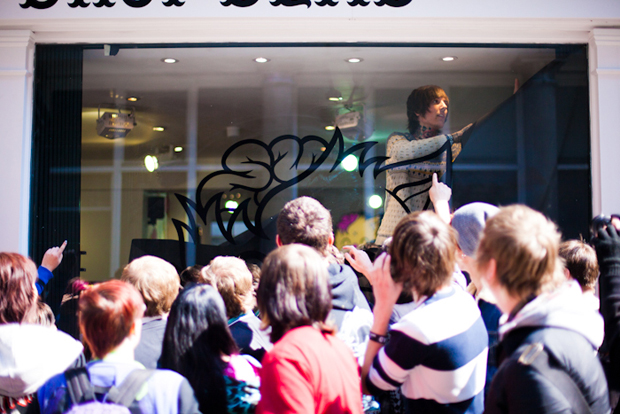 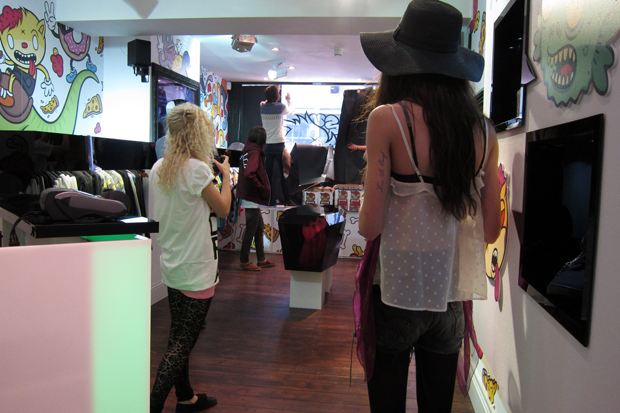 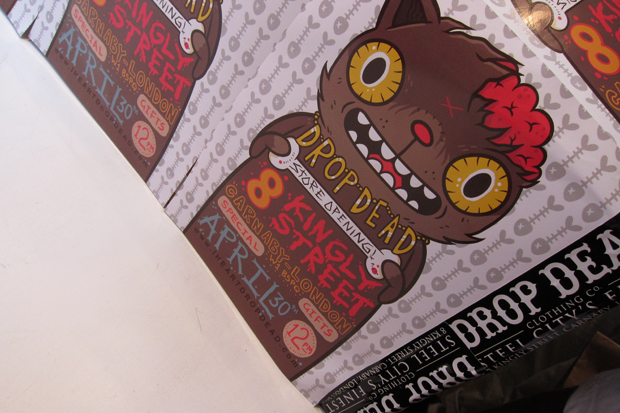 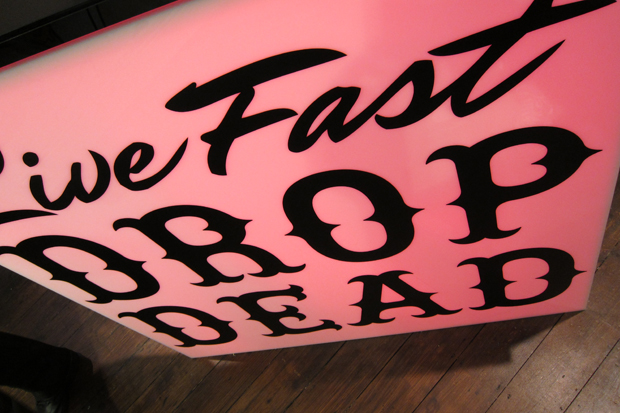 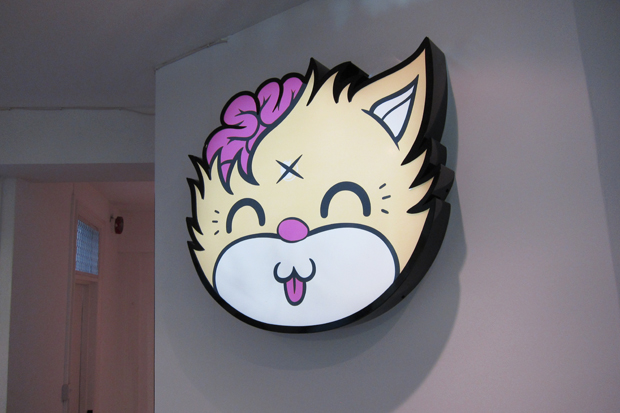 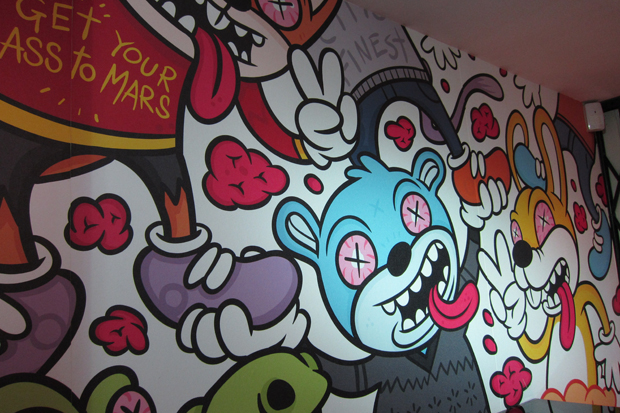 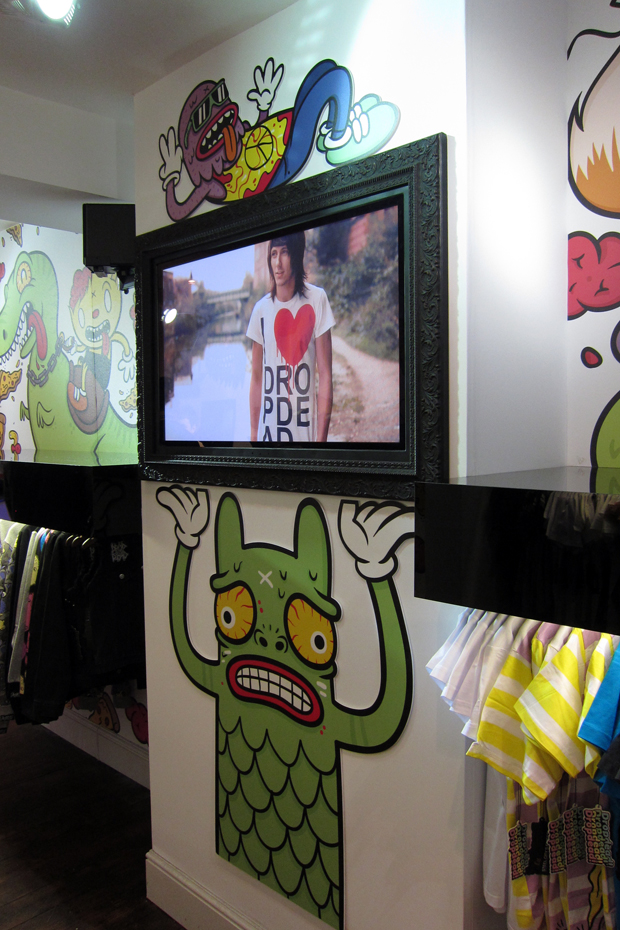 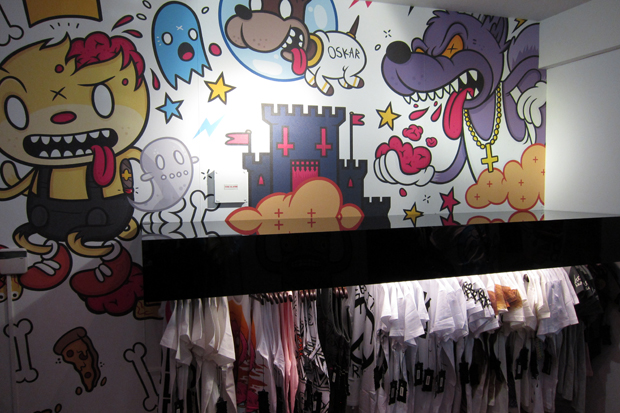 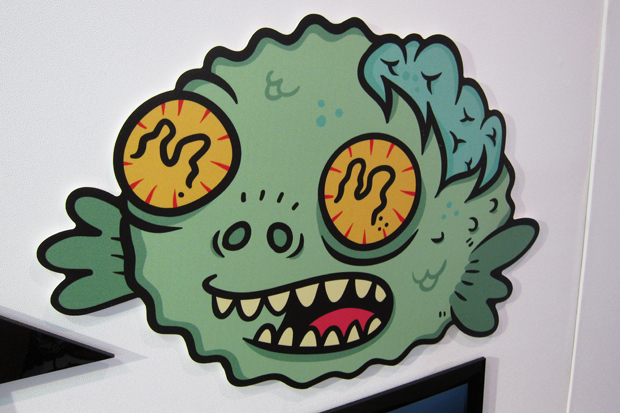 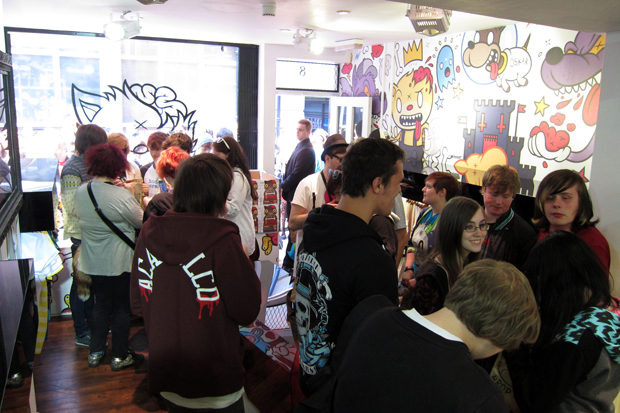 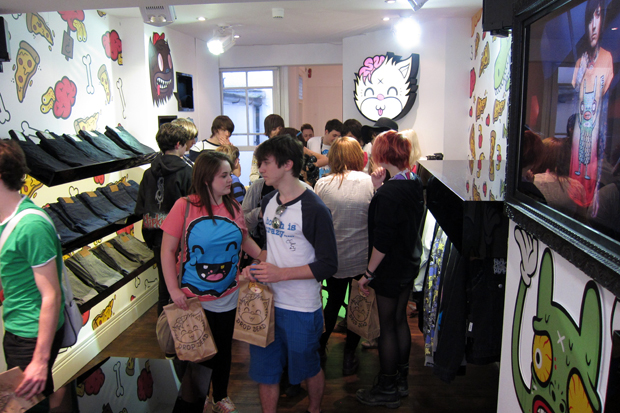 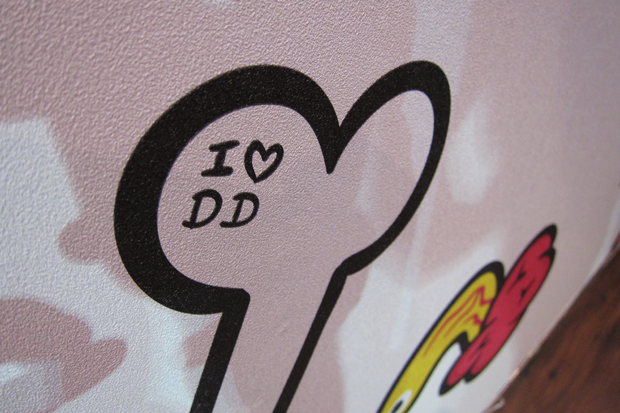