This weekend, Nike launched their highly anticipated new BMX event The Pool, which sees them transform a disused Barking and Dagenham swimming pool into a world class BMX park, with the surroundings of the former facility still intact. The Pool launched with a competition on Saturday, featuring some of the world’s best riders, competing in teams of 4, for their chance to win a nice cash price.

I didn’t make it along to the event myself, but I’ve since caught up on all the action through the Nike 6.0 BMX facebook page, which has featured a few videos of some of the best lines and tricks throughout the afternoon. Dennis Enarson’s team took the main prize, followed by Drew Bezanson and Harry Main, in second and third place. The best trick went to Brian Foster for a huge gap to wallride, right out of the deep-end. Fortunately, we did have a man inside, and armed with his camera, Tom captured some of the highlights, which you can check out below.

I am hugely impressed by the spectacle Nike and 6.0 have put on here, and huge props are definitely due to whoever came up with the idea. I think it’s really going to bring a lot of respect and attention to what 6.0 are doing right now, and rightly so. Find out about Monday’s public opening here, and check out some video footage at Nike 6.0 BMX UK. 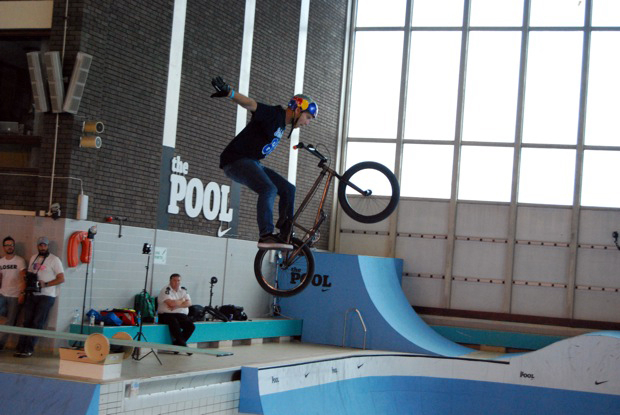 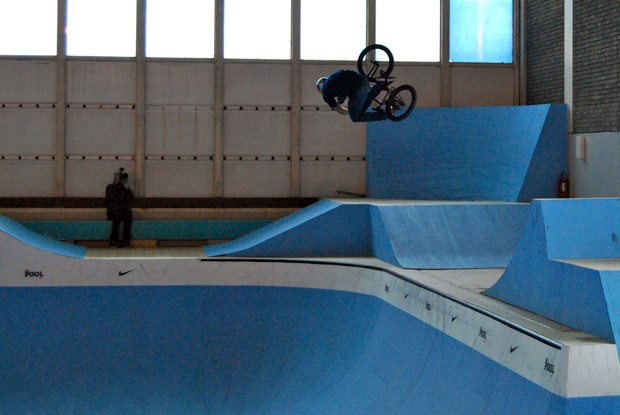 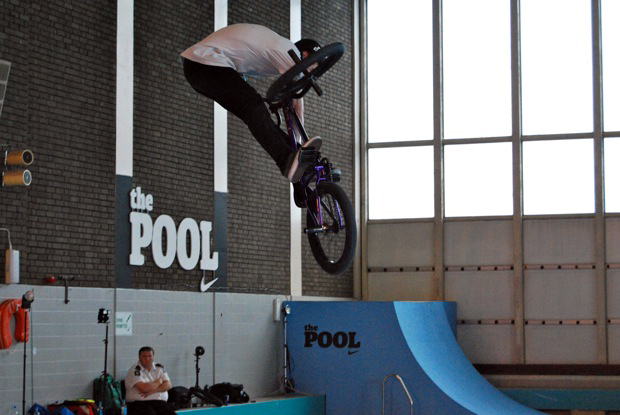 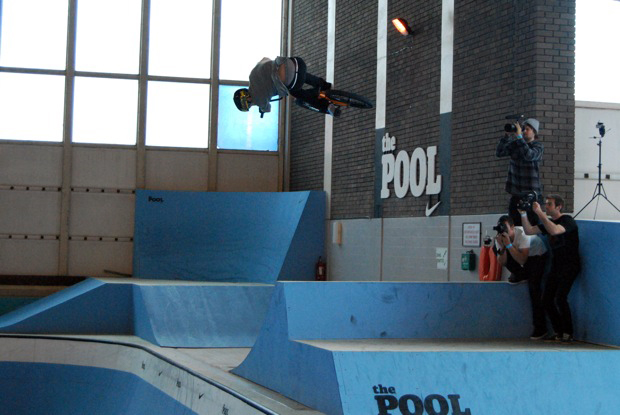 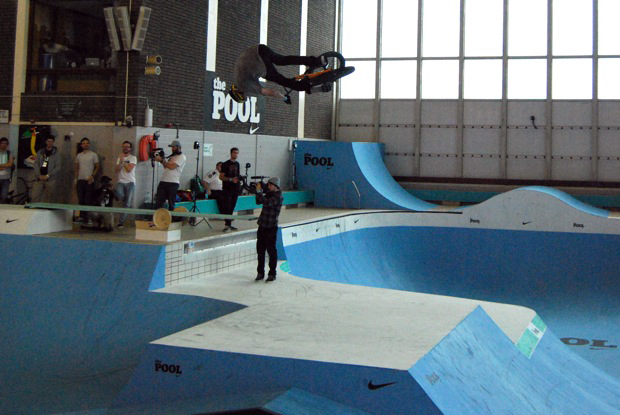 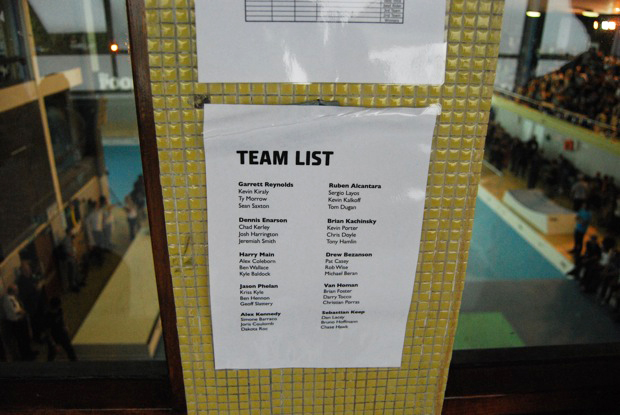 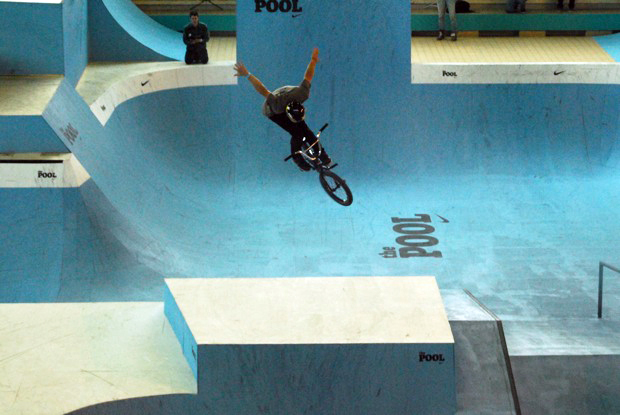 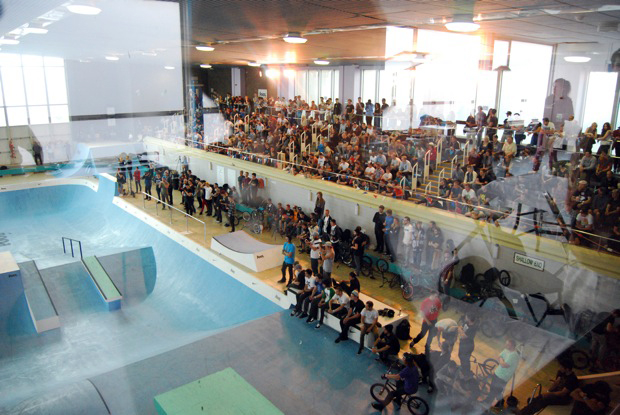 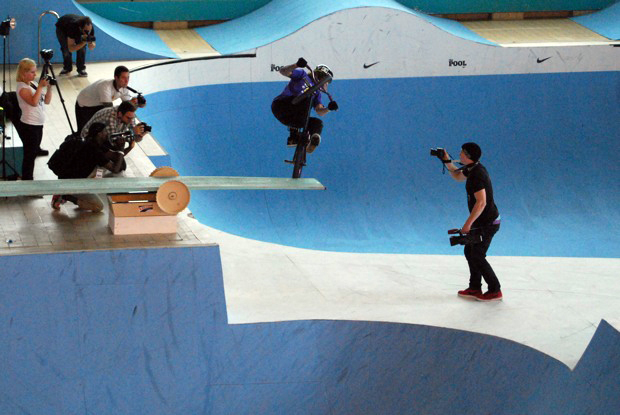