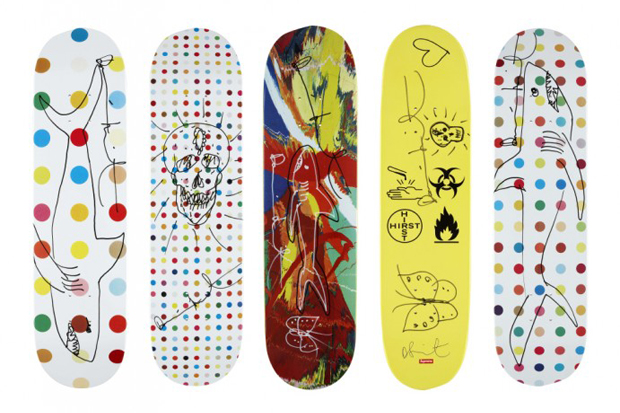 Back in 2009, Damien Hirst got the heads talking with his set of skateboard decks for Supreme, more individual works of art than the sort of thing you’d want to go shredding up down at your local park. The decks went on to fetch a pretty high price, and have become a sought after item, for both collector’s of the brand and Hirst’s art. It appears that not every deck was sole however, as Hirst himself has unearthed 40 of the decks, and customised each with his own illustrations.

The decks will go on sale at the Other Criteria store in London (part of the company co-founded by Hirst in 2005) on Tuesday July 12th, followed by an online release at 10am on July 14th. This could be your chance to own a genuine Hirst artwork, as well as an iconic piece of Supreme history… if you have the pocket change to spare that is. For more information, visit Other Criteria.