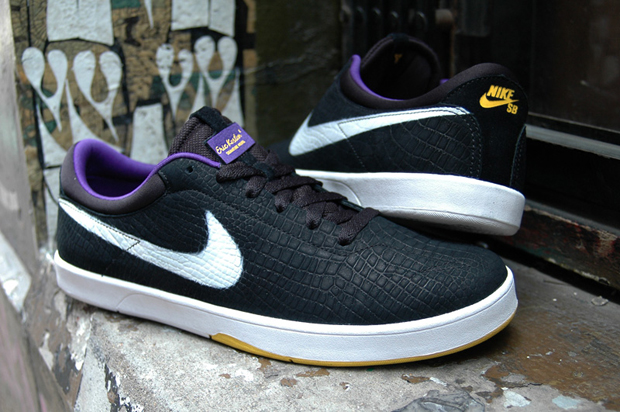 Yesterday we showed you the first three colourways to release of the Nike SB Eric Koston 1, Eric’s first pro model with Nike. But tomorrow also see’s the release of something extra special – an additional, Kobe Bryant inspired make up – and we have all the information on where to find it in the UK.

This Kobe x Koston 1 is the global release version of the Bryant/Koston mash up which released as part of the $1000 ‘Humidor Pack’ recently, at the Nike Vault in LA. This version features a black, scaled surface, inspired by Kobe’s own pro shoe the Nike Zoom Kobe VI, with a colourway to match. Hints of Lakers purple and gold, and an over-sprayed white swoosh make this a true LA shoe, finished with the Koston 1 logo on the tongue. For the full tech-spec, check out our previous post. Although this one doesn’t have quite the same majesty of the humidor release, it also doesn’t have the same price tag, and will be the first chance for folks on our side of the pond to get in on the action.

Limited to 1000 pairs worldwide, a very small number will be available from stores in the UK. Slam City Skates will have them for sale from their Carnaby Street store, as of 11am tomorrow morning, and I’d get there early if you’re hoping to score. If you can’t make it to London, hit us up on facebook or twitter for the other release locations. This release will coincide with the launch of the three general release colourways of the Eric Koston 1, more on those here. 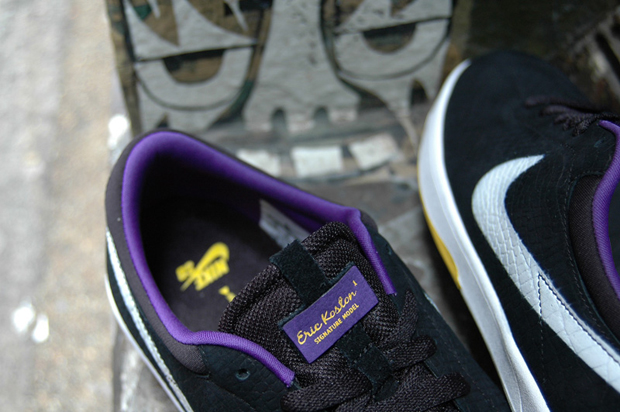 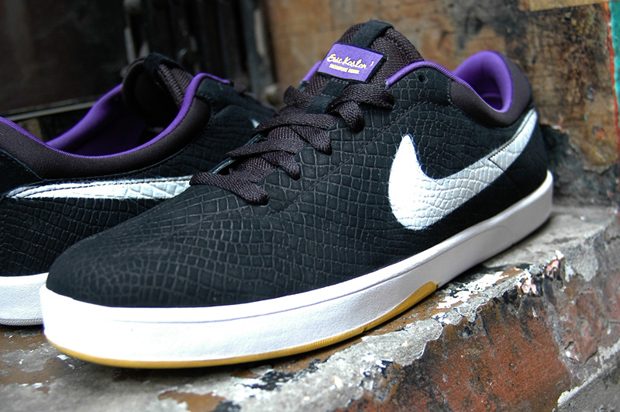 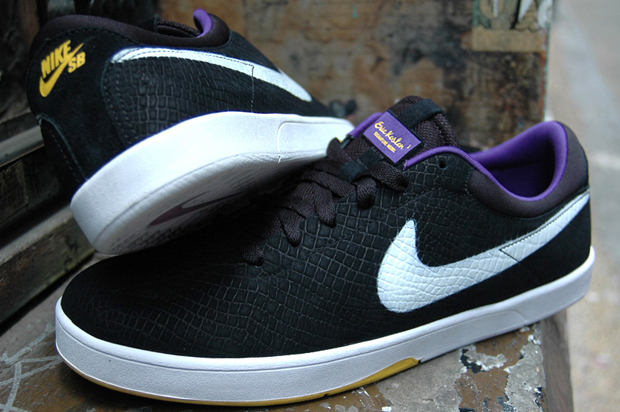 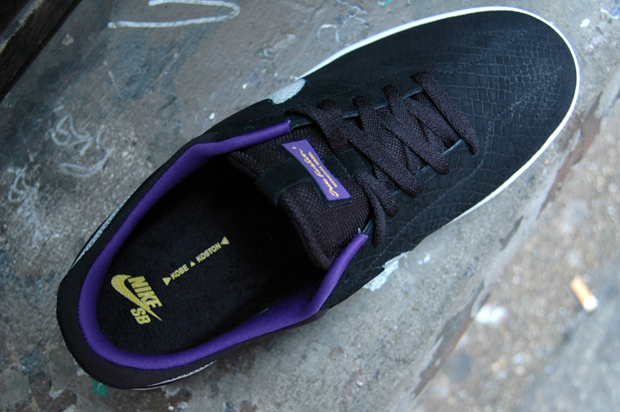