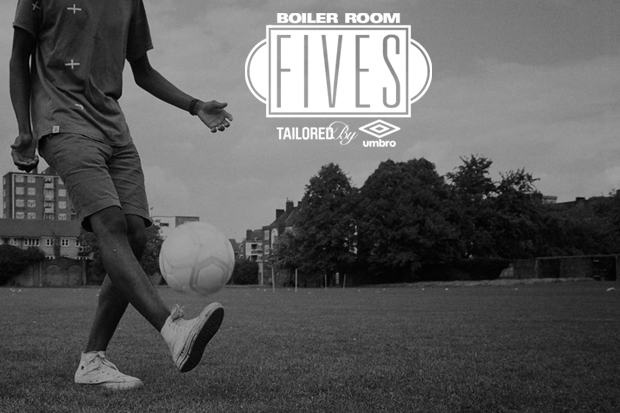 Those underground music heroes behind Boiler Room have decided to have a little kick around, sponsored by the folks at Umbro, bringing some rather interesting teams to Haggerston Park in East London.

Taking the idea of a casual Sunday five-a-side tournament and BBQ and adding a bit of UK music flare to it, Boiler Room and Umbro have invited NTS Radio, Numbers, Palace, R&S Records, Umbro, Standard Place, Young Turks and Hot Flush to all compete on a level that they are not best known for competing on. I have no idea who will be featuring on each team, but my imagination is running wild with the possibilities! Potentially, we could be talking about almost all of the UK’s finest producers/DJs playing football in Haggerston Park.

With a BBQ and soundsystem to boot, this looks like a seriously good way to spend a Sunday in London. Keep your ears to the ground because there’s going to be a very special after party as well, broadcast by Boiler Room, but no details have yet been released.

Check the promo video below and the flyer under that for any more info. The five-a-side will be running from 1-6pm in Haggerston Park on Sunday 7th August. See you there! 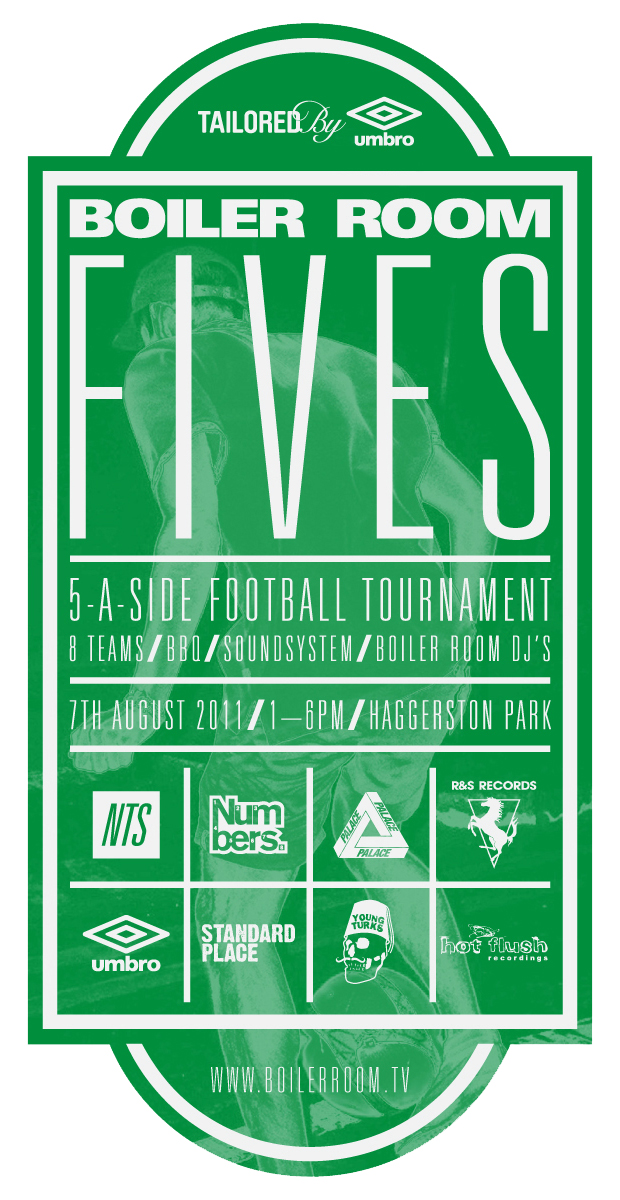