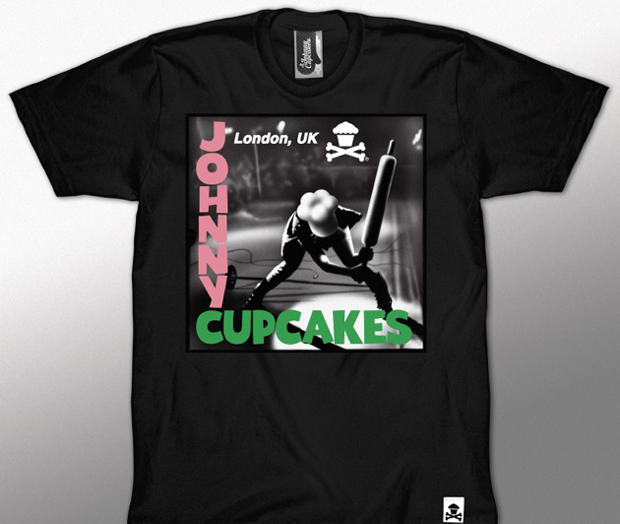 Boston based Johnny Cupcakes today announced a new limited T-shirt which will be available exclusively from their London Flagship Store. The design itself is a flip of the artwork from The Clash’s 1979 classic album ‘London Calling‘.

A pretty straight forward re-working, the London exclusive T-shirt replaces the ‘London Calling’ text with the Johnny Cupcakes name, bass player Paul Simonon’s head with a chef’s hat, and the guitar he wields with a rolling pin. You’ll also find “London, UK” and the brands cupcake and crossbones logo where the band’s name would normally lie. While nothing too inventive, the design is a homage to Johnny Cupcakes’ new home and the city’s incredible heritage – just as the ‘London Calling’ artwork itself was a homage to Elvis Presley’s self-titled debut.