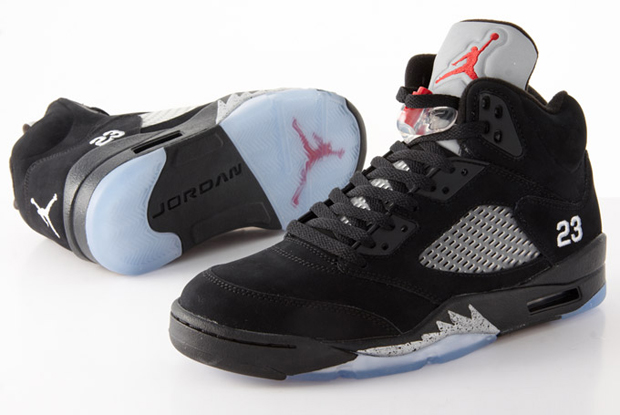 Last month saw the release of a new ‘USA’ inspired version of the Air Jordan V, which had some familiar looking colour placement to the white/fire red version. A month later, the classic and original black/metallic silver make-up gets its third reissue (not counting the ‘Bin 23′ version a few months back).

This is another certified favourite among Jordan fanboys and girls that has seen light again this year, among an array of other holy grails and highly anticipated retros. The fighter plane inspired design on the V is another one of Tinker Hatfield’s masterpieces and a timeless piece of footwear. ‘Fresh Prince’ fans will remember Will Smith switching up these with the white/fire red version, a black V on one foot, a white on the other. That’s was some zany ’90s styling right there, but the black/metallic silver V’s have always been more of a subtle look. Full black, durabuck constructs the upper, with the ’23’ making a come back on the side, and the 3M tongue finishes things off, no doubt triggering off some nostalgia in a lot of fans.

Whether you need a re-up from your beat 2006 retro’s or you’re looking to add these to the collection for the first time, the black/metallic V’s are always a must for Air Jordan fans.

Available on Saturday 20th July from from all good Jordan Brand stockists such as Crooked Tongues, Urban Industry, Foot Patrol and End Clothing. 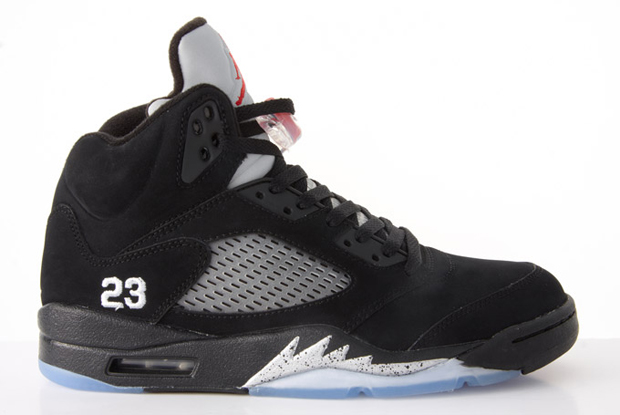 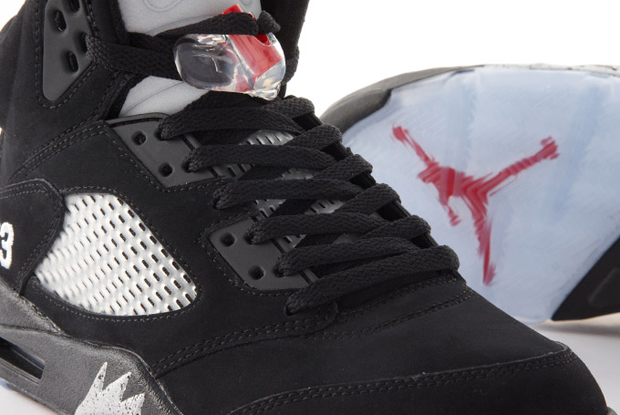 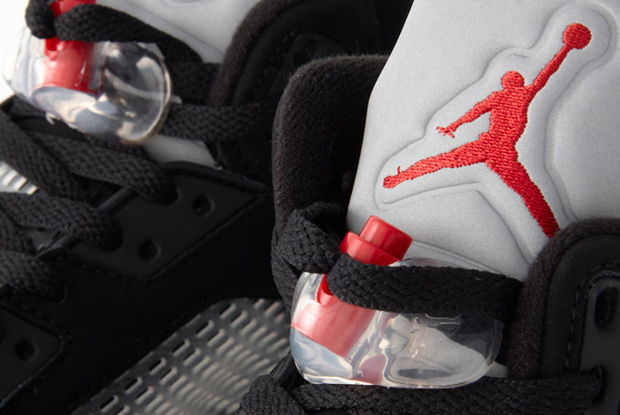 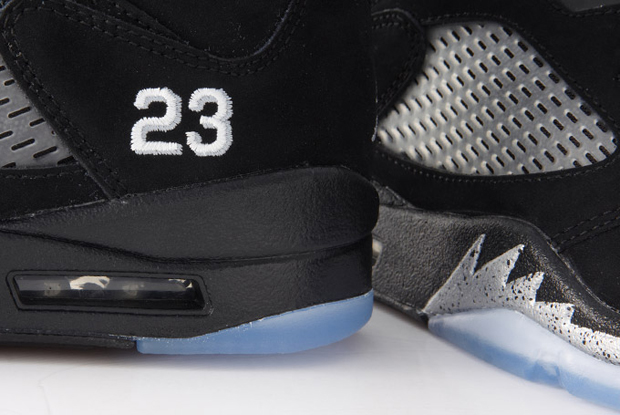