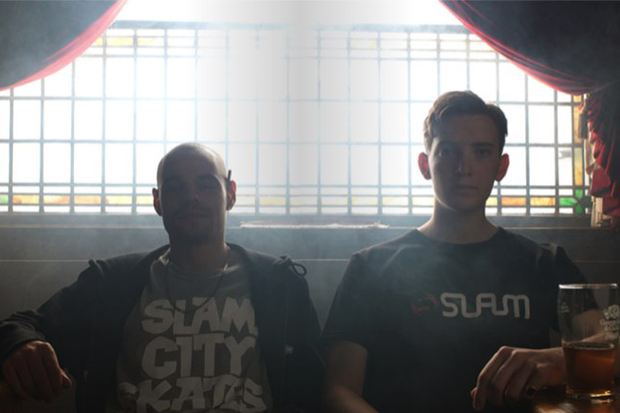 This year Slam City Skates has turned 25, and to celebrate, they have released their new promo video and lookbook showcasing their own, in-house brand as well as their team riders.

The infamous skate shop have also relaunched their website with a complete new look – easy to navigate around, looks clean and gives the site a much more professional feel, which I think matches the standard of all other efforts made by the store. The same quality applies to the lookbook imagery, as well as the standard of skating in the accompanying promo film.

A lookbook seems the easiest way for stores and brands alike to show their new collections, and many a lookbook is debated – what’s the narrative? Does it reflect the brand well? What is the lookbook trying to tell me? – these are all things that people ask when a brand releases such a promotional tool. For a skate store such as Slam City however, producing a lookbook is a very smart move – functioning like a fashion house is a wise leap in the right direction for the skate brand, in an ever demanding consumer climate.

The Slam City clothing line boasts some classics that we know Slam do well, such as the logo tees, as well as quilting in what ever form it might materialise (previous efforts have included a quilted New Era Cap). Here, the technique appears on a bomber jacket in collaboration with Silas – a killer combination for all those connected to the skate scene.

View the full lookbook here, check out the ‘City of Rats’ film below, and be sure to take a look around the new Slam City Skates website while you’re at it.