Warning: "continue" targeting switch is equivalent to "break". Did you mean to use "continue 2"? in /nfs/c08/h04/mnt/122689/domains/thedailystreet.co.uk/html/wp-content/plugins/wp-author-box-pro/includes/ReduxFramework/ReduxCore/extensions/customizer/extension_customizer.php on line 442
 Download: The Weeknd - Thursday 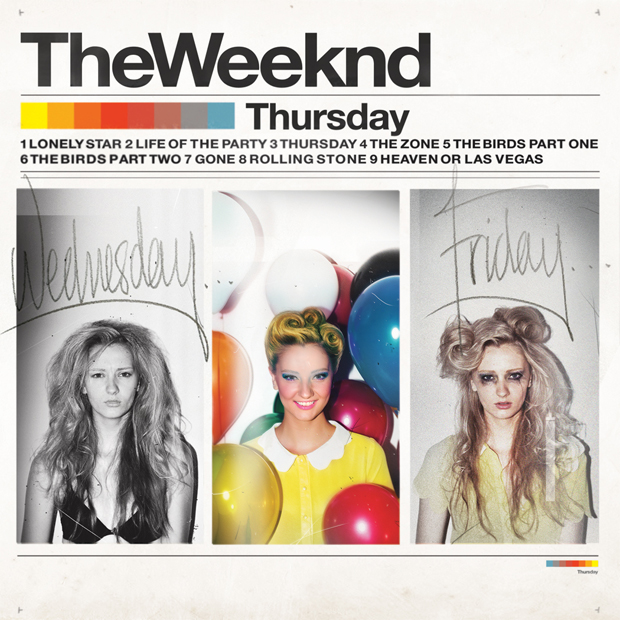 It’s a moment that a lot of us have been eagerly anticipating since the man himself announced his plans to release 3 albums in a year, but finally The Weeknd unleashes his second album to the world … and it’s another good’un.

Now, I’m sure a lot more of you are aware of The Weeknd since this one-man-band dropped his first album for free back in March this year, and I’m more than pleased to announce that his next piece of work is also a free album. Personally, I had predicted a bit of an Odd Future approach to be taken by The Weeknd – give away your first album for free to create hype and then charge for the 2nd, but I’m really happy to see the 21 year old Canadian Abel Tesfaye not following that model and just putting good music out there. I also think this guy deserves 100% of the hype surrounding him, unlike the Odd Future boys. This album is once again testament to not only how fast this guy can rattle out tunes, but also the quality of both song-writing and production. As I’m sure most musicians would secretly confess, they’d be more than happy to have released one of these albums in a year, let alone two.

For those that aren’t familiar with The Weeknd, download this album right now and search the web for a copy of House of Balloons, his first piece of work and get to know. This guy is being heralded as R&B’s savior, and I think I’d have to agree. This album is less baby-making-music than the previous, more a collection of down tempo beats with sensual male vocals on top, but it wouldn’t have been a progression if he’d just released another version of his first album. Highlights of the album have to be The Birds Part 1 with it’s MIA style military drums, Rolling Stone with its acoustic early Craig David vibes and the closing track Heaven or Las Vegas. Over-all a slightly darker album than the last one, but equally as moving.

Head over to The Weeknd’s official site to download the album, but if it’s being a little busy (which it might well be today), here’s a sendspace download link.