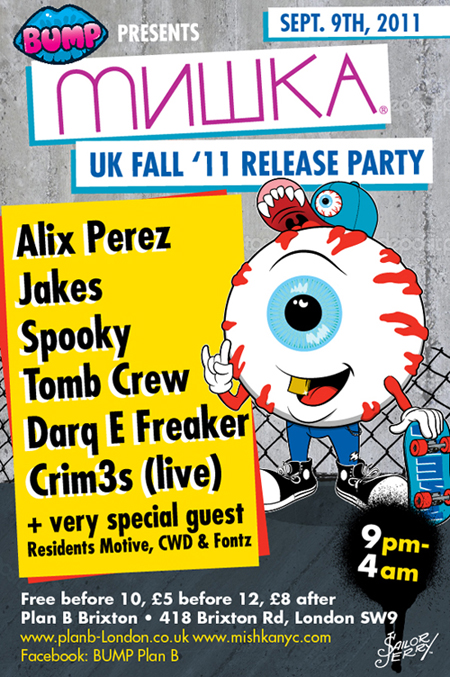 Following the impressive UK lookbook for their Fall season, New York based Mishka are to hold an epic release party in London tomorrow, with musical entertainment from a number of the acts featured in the lookbook.

As I said before, I really love that Mishka are putting all eyes on the UK this season, and going that extra mile to put on a party like this, purely for their UK fans and followers. The night, put together with the good folks at BUMP, will feature sets from some of the biggest and best brand ambassadors, including Alix Perez, Jakes, Spooky, Tomb Crew, and one very special guest. It all happens from 9pm tomorrow (Friday, September 9th) at Plan B, Brixton (SW9), with support from Sailor Jerry. More info on facebook at BUMP Plan B, the event page, and of course, Mishka.