In anticipation of Martyn’s ‘Ghost People’ album on Brainfeeder, Spine TV caught up with Martyn and Erosie to discuss the project and the UK part of the tour.

As part of the ‘Ghost People’ tour, Erosie took a Black paint roller to an underground space near Hoxton Square in East London, creating a unique party venue that resembled the sounds of Martyn’s forthcoming album. In this short video, Spine TV talk to both Martyn and Erosie in the venue, showing Erosie taking it from a blank canvas to an art space and clips from the night itself where Martyn performed a live album set. The interview focuses around Martyn and Erosie’s history together, as well as touching on where the ‘Ghost People’ concept comes from, which is by far the most interesting part of the interview. Discussing the connection between an audience and a DJ / musician, or lack of, Martyn and Erosie put across some more than interesting opinions on the topic.

A very insightful interview and a well executed video from the folks at Spine TV, as expected. Definitely worth a watch if you’re into art or music or both. If the track under the video (‘Horror Vacui’) is any indicator of what Martyn’s ‘Ghost People’ album is going to sound like, then it’s going to be another incredible piece of musical work. Expect to see that hitting record stores on October 10th. 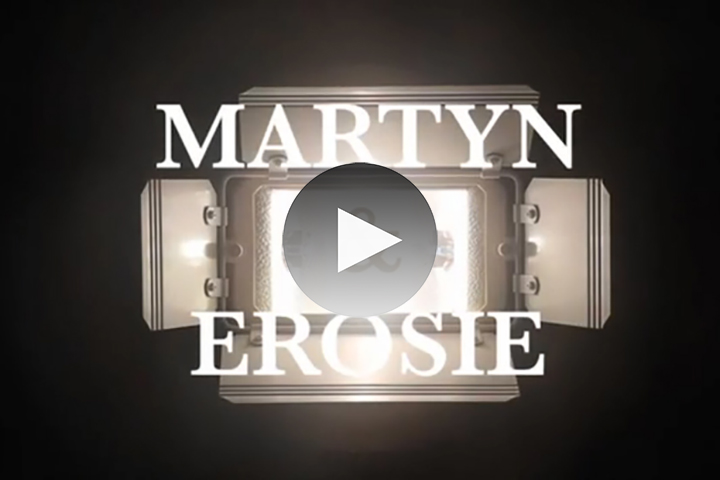