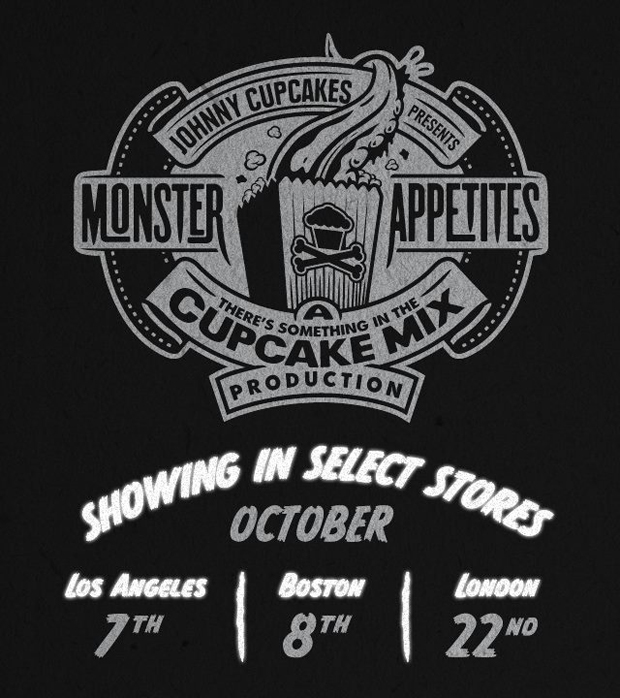 October is an important time of the year for Johnny Cupcakes fans, as it sees the release of the annual ‘Something In The Cupcake Mix’ (or SITCM) series of T-shirts. Every year, the brand release an exclusive selection of limited, numbered, Halloween themed T-shirt designs, with special cupcake mix packaging, and hold launch events at their flagship locations.

2011 sees the brand continue the SITCM story with a range of brand new, Halloween themed designs, this year taking inspiration from classic B-movie horror movies and titled ‘Monster Appetites’. The brand have produced video trailers for each of the four designs, three of which are available to view online now – Death for Dessert, Rise of the Two Headed Zombie Chefs, and Count Spatula.

SITCM 6 releases in the UK at the Johnny Cupcakes London store, on October 22nd. Expect to see a lot of people celebrating Halloween a little earlier than expected, with plenty of freebies and other All Hallows surprises. Check out the first three trailers below, and keep an eye on Johnny Cupcakes for more news on next Saturday’s London launch.