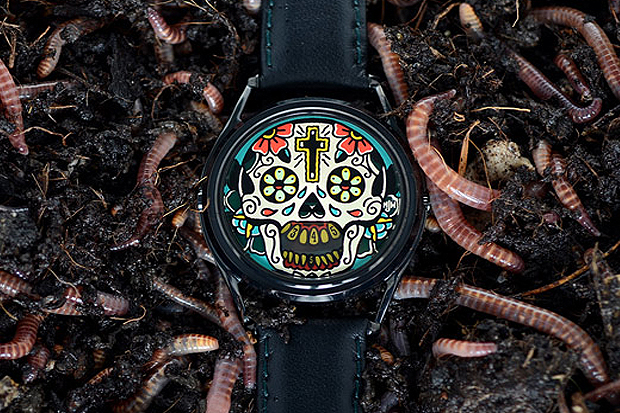 London based watchmaker Mr Jones Watches has just released another design in collaboration with British artist Adrian Willard, with a Mexican ‘Day of the Dead’ inspired theme.

Named ‘The Last Laugh’ the watch puts the regular wrist wear conventions on it’s head, with the time being displayed on the skull’s teeth. The upper jaw shows the hours, and the lower the minutes. What stands out more so for me is that there is a further connotation to be held, as the symbol is linked to the tradition of the memento mori; a reminder to the wearer that life is brief and poignant.

“The design comes from the Mexican Day of the Dead festival. The festival focuses on gathering to remember friends and family who have died. Many gifts and offerings are handed out including sugar skulls that are given to both the living and the dead. It has become a very popular image in the tattoo world over the years and has replaced the regular skull in the mainstream tattoo trends”.

The watch is available now directly from the Mr Jones Watches website as well as other stockists. 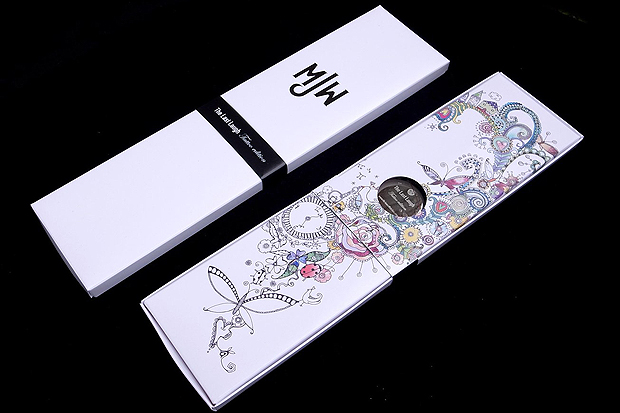 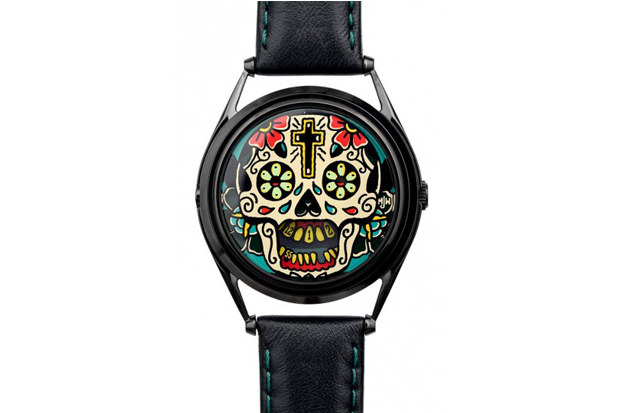 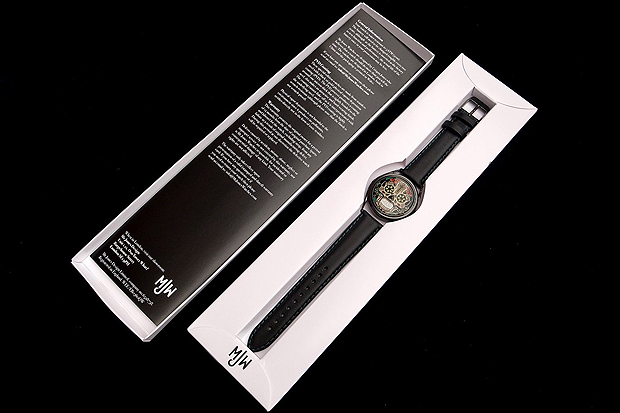 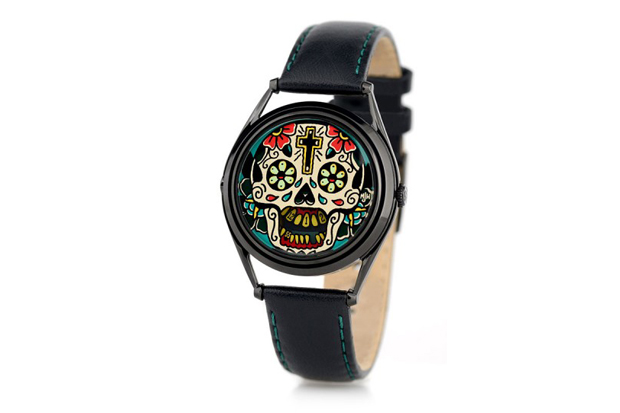 ‘The Hour’ by Mr Jones Watches