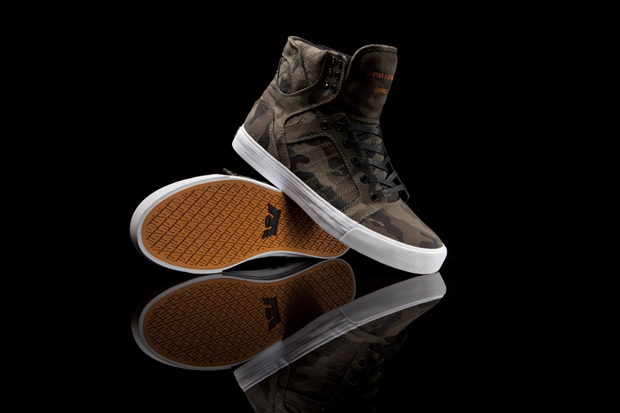 With October 31st in mind, Supra release this military inspired camouflage make-up of their classic Skytop model, making reference to the Fall season, and the Halloween period itself.

The allover, military issue camo canvas upper, is complimented by black laces and hardware, and offset with bright orange hits on the outsole, heel emblem & patch, lining, and tongue embroidery, where you’ll find the words ‘Supra Footwear Co – Muska 001′ stitched in typical Skytop fashion. The OG model is considerably more understated than it’s successors, and this military colour up lends itself well to the construction.

The camo Skytop conjures up not only images of carved, bright orange pumpkins, but of kids in full army get-up, pacing the streets on a Trick Or Treat mission. As ever with Supra’s limited edition releases, only 413 pairs were produced, and they’re available this week, exclusively from Foot Patrol and Hanon in the UK. 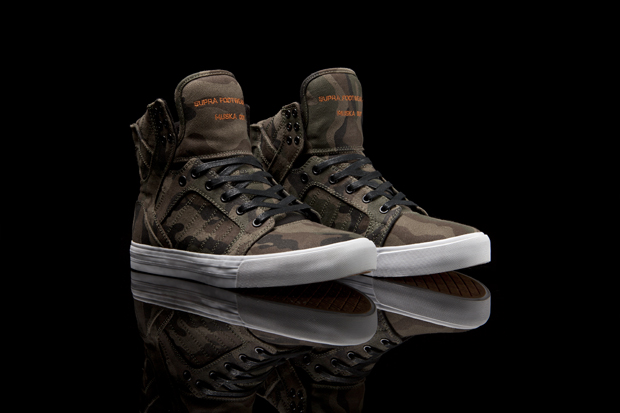 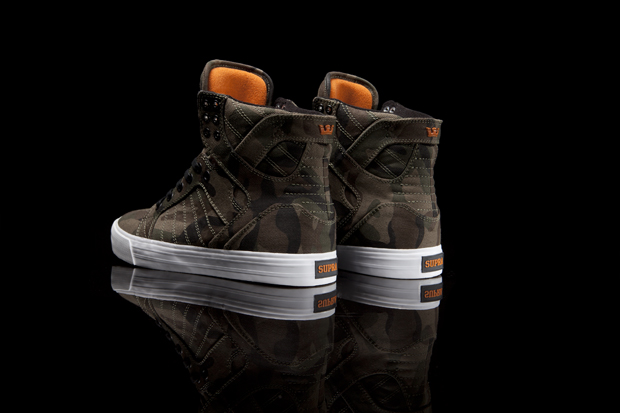 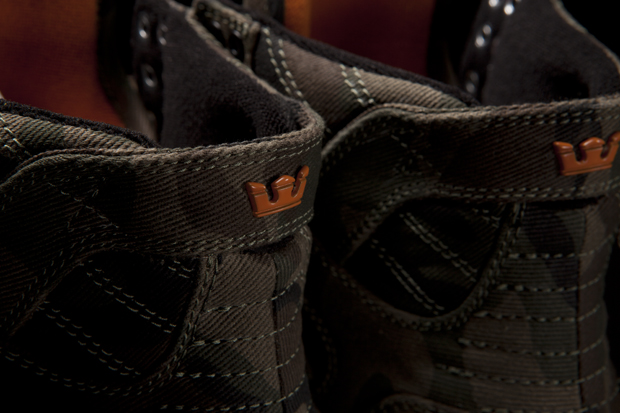 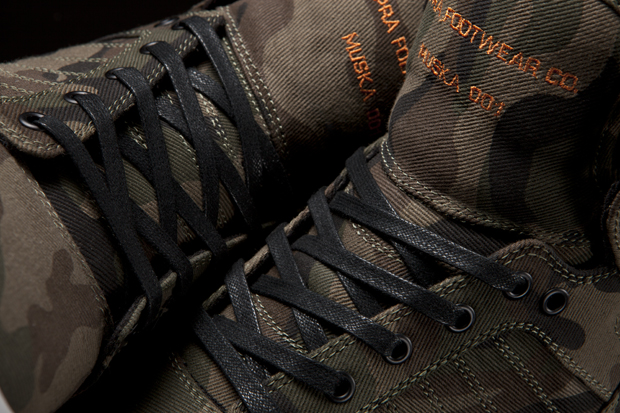 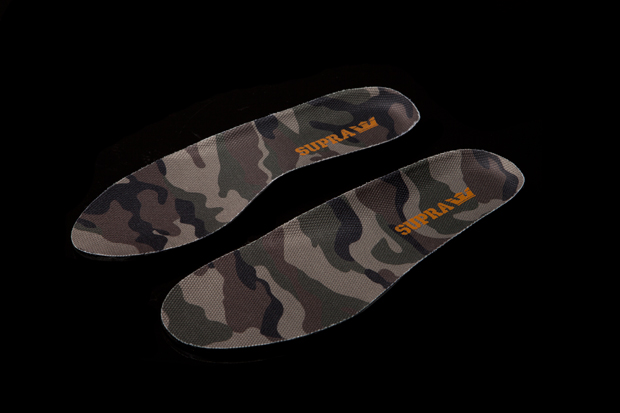