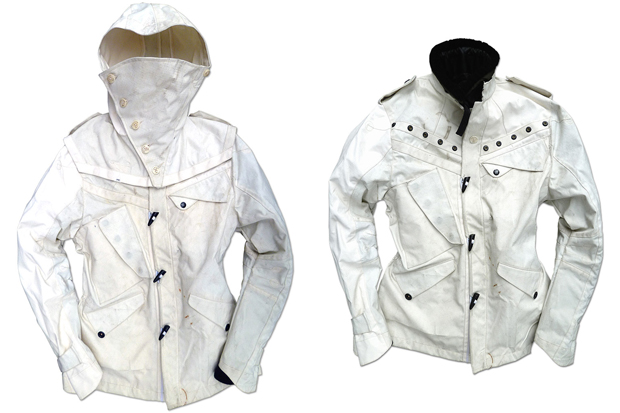 Expert jean makers Denham have released something a little different, through their incredible Re-Cut line. Known for having a vast amount of reference material known as the ‘Denham Garment Library’ to take inspiration from, this white mountain parka come naval dress tunic holds some serious innovation.

The main point of reference for this jacket was the cowling in flash gear used by torpedo crews; protecting their heads, shoulders and faces during missions and training. So, with a high level of design, Denham have come up with a fully removable cowl, attached via poppers and the epaulets beneath. As with quite a bit of Denham’s outerwear for the past two seasons, this jacket is also fully equipped to be used with their Rogue Liner.

Now, I can see you looking at the pictures wondering why it’s covered in stains and discolouration. As you may already know, the Re-Cut line more often than not tries to use reclaimed materials, and it’s no different this time around – they’ve used surplus Dutch military Winter tarpaulins, giving it a close connection to the garment it’s inspired by. Pretty fitting I think. This may not be the kind of the thing you could see yourself wearing right now, but it’s an incredible piece of design and innovation that’s worth admiring none the less.

Obviously, numbers are limited on a piece like this, only producing a few, but you can pick one up now from Denham’s online store. 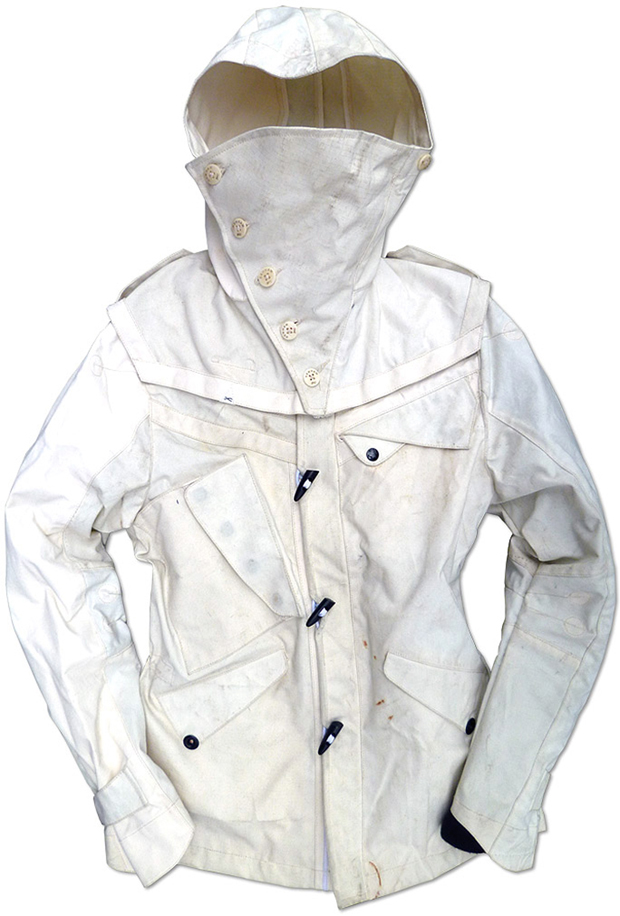 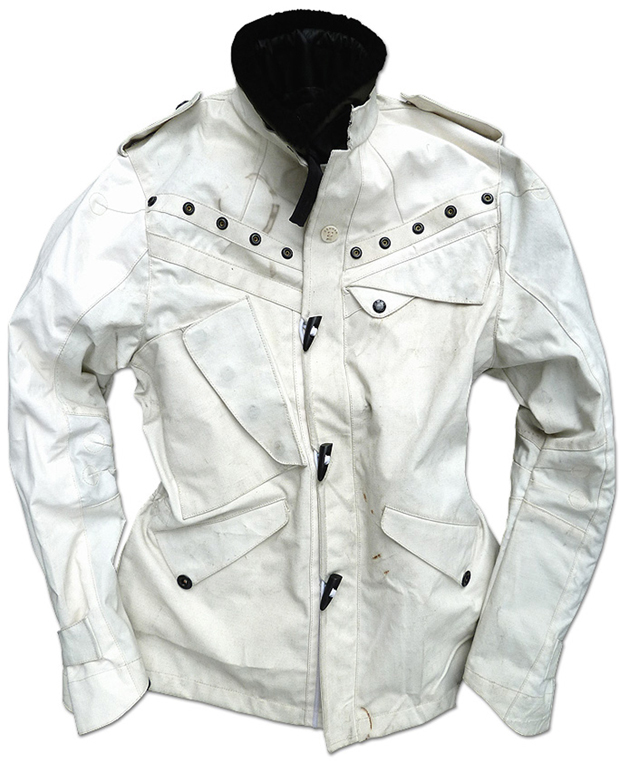 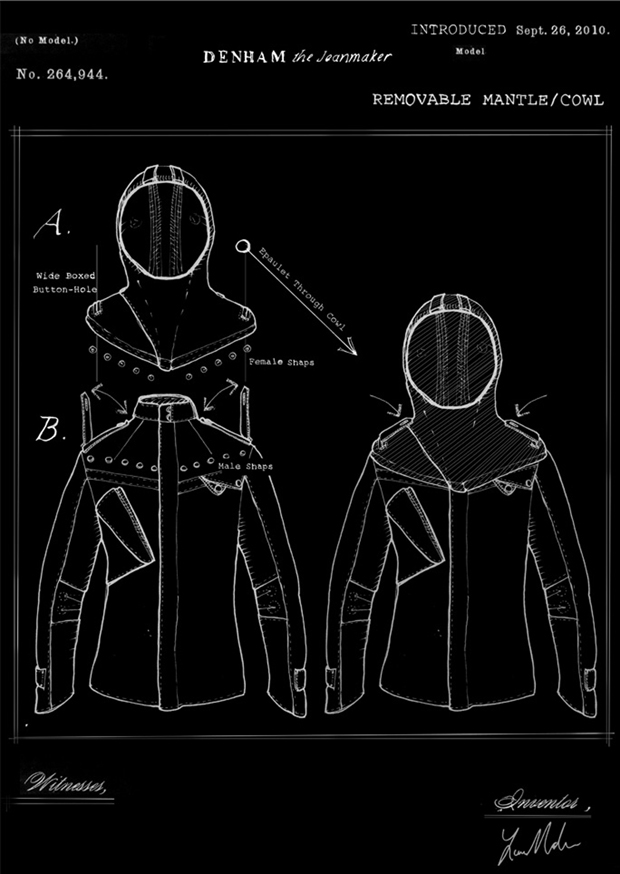 GRAFT by Denham x A Child of the…