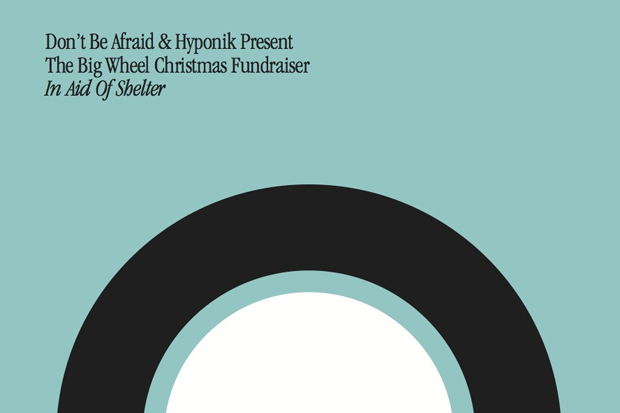 Don’t Be Afraid and Hyponik come together to throw this Christmas fundraiser in aid of Shelter.

Themed around a Massive Attack lyric “The earth spins on its axis, One man struggle while another relaxes”, the night has been called The Big Wheel Christmas Fundraiser and aims to make a wedge of Christmas money for the folks at Shelter, the homeless charity. Hyponik seem to be getting a bit of a name for themselves for charity fundraisers, those selfless little buggers.

This one has a rather large lineup, featuring a host of names including Greenmoney, Semtek and Mr. Beatnick. My personal favourite on this lineup has to be Tedd Odwards. Those that get it will see where I’m coming from on this one. Incredible DJ name.

Head down to the Horse & Groom on Curtain Road next Thursday for some charity fun between 8pm and 2am. Entry is done by donation, but if you donate anything under £5 then the door remains shut for you Scrooge. Don’t forget to show support on Facebook as well. 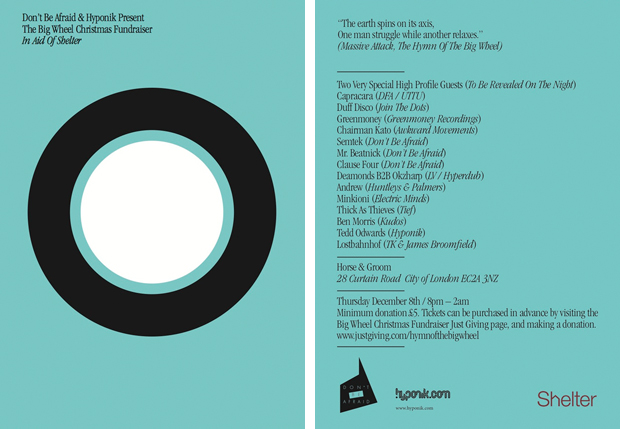 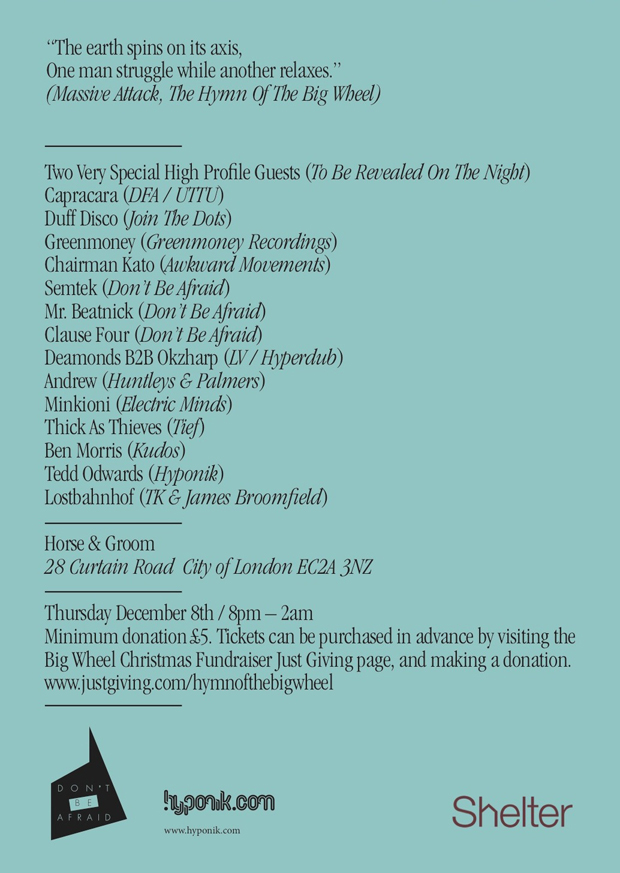