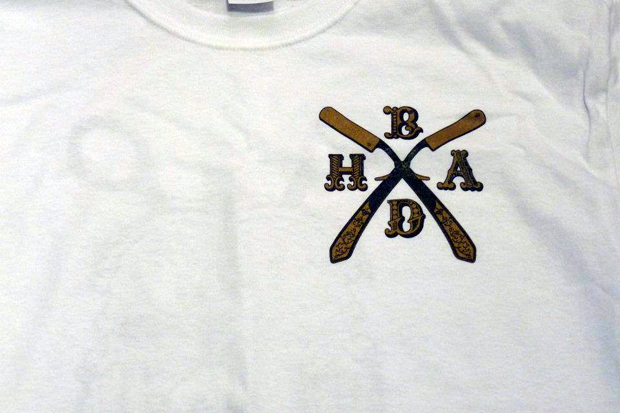 One of Bristol’s leading streetwear stores, Angry Daves, have produced a T-shirt in association with their other half, Harry Blades – the barbershop with which it shares a space.

It seems odd they’ve waited so long to produce their own clothing, given that a shape up and some fresh clothes go hand in hand, though unsurprisingly, the design it is inspired by the grooming counterpart, with the crest on the front featuring two golden cutthroats. Following the same theme, on the back of the tee there’s a black and white print of Christmas Steps, the store’s location in Bristol, in a style reminiscent of the Victorian era, with calligraphic initials along the bottom of the design only adding to the Sweeney Todd-esque vibe of the whole piece.

A nice and simple way to represent the store, the ‘Crest’ T-shirt is available now from Angry Daves. 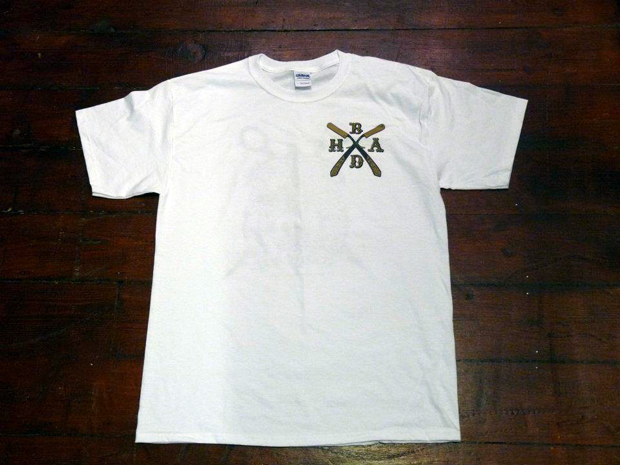 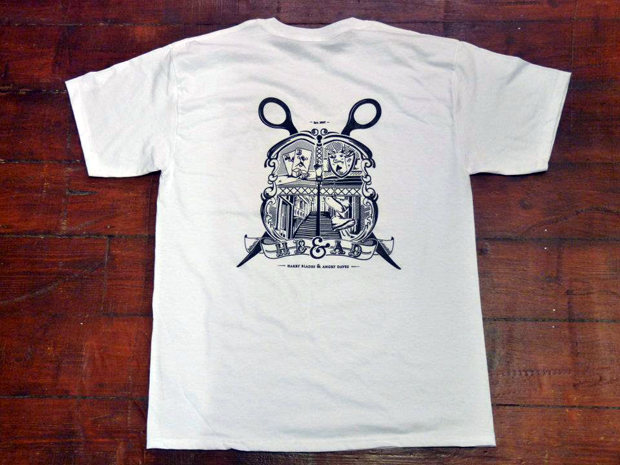 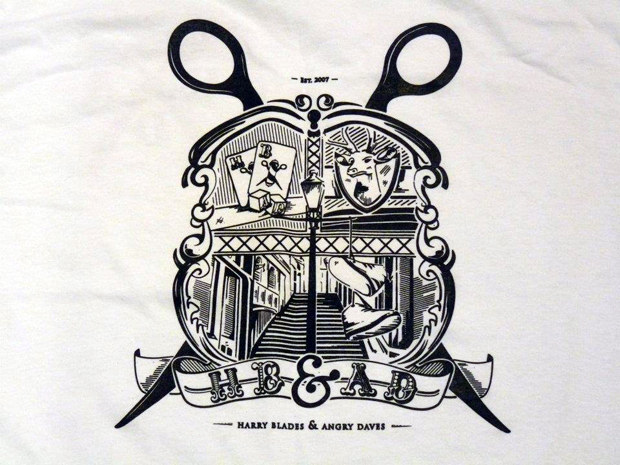