Warning: "continue" targeting switch is equivalent to "break". Did you mean to use "continue 2"? in /nfs/c08/h04/mnt/122689/domains/thedailystreet.co.uk/html/wp-content/plugins/wp-author-box-pro/includes/ReduxFramework/ReduxCore/extensions/customizer/extension_customizer.php on line 442
 Tinie Tempah - Happy Birthday EP (Review) 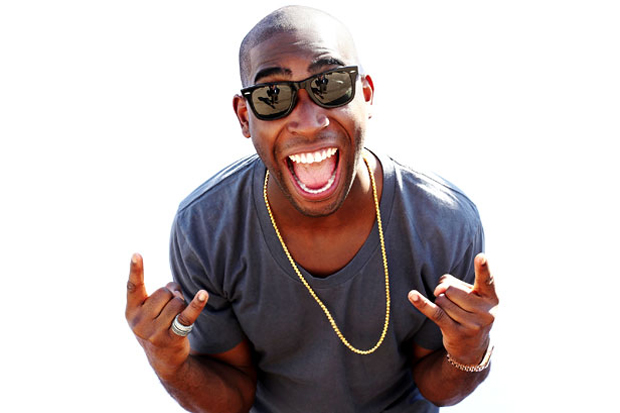 Tinie Tempah has recovered from his dry spell of music with the new mixtape EP ‘Happy Birthday’. After the success of what I’d argue was a pop album in the form of Disc-overy, he attempts to regain some credibility in both the hip hop and grime circles.

The EP is being distributed by DJ Booth and, as is becoming more common these days, you have to share the link via social media (Twitter in this case) to get access to the download. You can get the EP here.

The opening is an incredibly ominous ‘Happy Birthday’ tune slowed down for an almost Satanic vibe, so much so that it sounds something akin to the Saw doll – he’s pretty much the only American who isn’t featured. Chipmunk features on the first track, entitled ‘May Day’, outclassing Tinie’s incredibly simplistic flow outright – though I’m sure there will be a drove of people who disagree.

I’ve never particularly rated Giggs – he’s undoubtedly got an incredibly distinctive style but I don’t think he warrants the praise that the UK scene is giving him and there are a lot of talented people around that could quite easily replace and improve on his position in any track. The track he’s on is almost as rudimentary as a title can get, ‘Leak-a-Mixtape’ which is spruced up with some much needed expletives… coincidentally, a perfect embodiment of Giggs’ style – simple and unnecessarily crude.

Moving swiftly on to ‘Like it or Love it’ featuring Wretch 32 and J Cole, an impressive cast who both kill their individual bars. Tinie is outshone by the other two on this track (it’s a risk you take when getting big features on any track, and this time, it hasn’t payed off), particularly J Cole, who puts out a solid feature, mixing up his flows to cement his position of one of the best US newcomers in 2011.

I thought the ”til I’m gone’ remix was lazy, to be frank. Featuring Pusha T of Good Music & Clipse fame, it seems almost insulting that Tinie wouldn’t have a new beat created for the track, especially given that his partner on the original, Wiz Khalifa, hasn’t even bothered to write an additional verse. Though I appreciate that the cast for this track was meant to be a wholly US affair, the need for Jim Jones is minimal at best.

‘100k’ – a great beat which limbos in between hiphop and grime, but again a poor track title/stimuli, the main reason being that Tinie’s braggadocio rhymes don’t gel so well with G-Frsh & Krept and Konan’s ‘grind’ mentality. It’s clear that none of the latter mentioned artists have that kind of money to blow, leading to a odd track where not a lot fits. Krept really kills the beat, outshining Tinie and his peers, perhaps showing that, even though he might have the success, he really doesn’t have the lyrical talent to back up a sound that isn’t poppy.

It almost pains me to credit the title of ‘Lucky C*nt’ featuring Big Sean – the pinnacle of the ‘Quasi Watch The Throne’ iceberg. The entire mixtape shows Tinie trying to create the guise of outlandish amounts of money and fame, which although he may have in comparison to you or I, in relation to the real front runners in hip hop, he’s a small fish in a giant, Maybach-laden pond.

The final two tracks are nothing impressive, with Tinie again reeling off a list of achievements in both monetary and societal value. I can’t get over his simplistic rhymes – I appreciate that’s what’s gotten him to his dizzying heights of success but surely at this point, in a mixtape which has no commercial pressure from a label, he can make the effort to switch up. Rhymes like ‘In three days i’ve been in six countries. I hustle hard, day and night, Kid Cudi’ & ‘They say I live a very wild life, David Attenborough’ pretty much underline the whole mixtape, where the novelty of being British in America has allowed Tinie to draft in stars who punch a few thousand feet above his weight. I wouldn’t be so riled if it wasn’t for the fact that Tinie is our only figurehead in America for British urban music right now, and he’s soiling his opportunities.

Check out a couple of tracks in the videos above, download the EP here, and let us know what you think below.