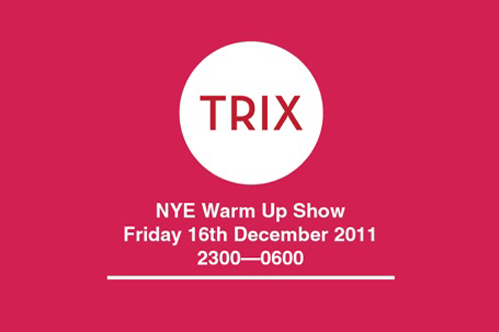 Part of the recent ‘Found’ series of club nights, TRIX will be taking over Hidden in South London to bring one of the best lineups of the series so far. With Room 1 featuring a quite varied selection of artists spanning from the Acid influenced bass music of Boddika to the more Garage influenced sounds of Eliphino, it would be good enough with that lineup alone. Chuck the chaps behind Ten Thousand Yen in room 2 and you’ve got a serious party on your hands.

Head over to our friends Yeti in the Basement where you can win a pair of tickets for the event, or play it safe and buy a ticket now for £9 from Hidden.

Full info can be found on the Facebook event. 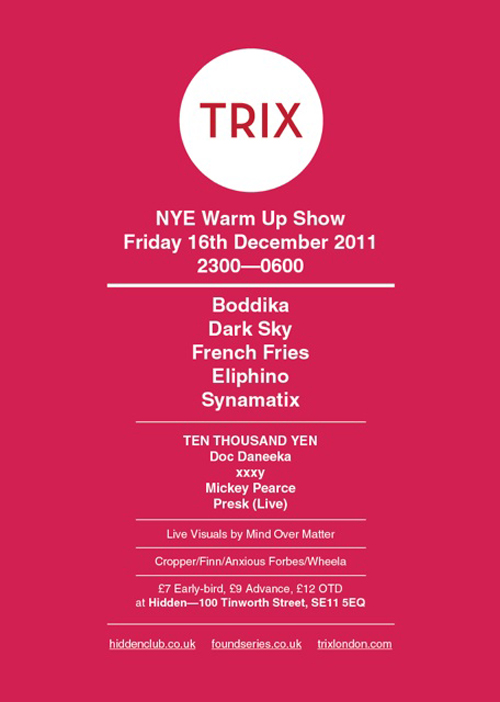