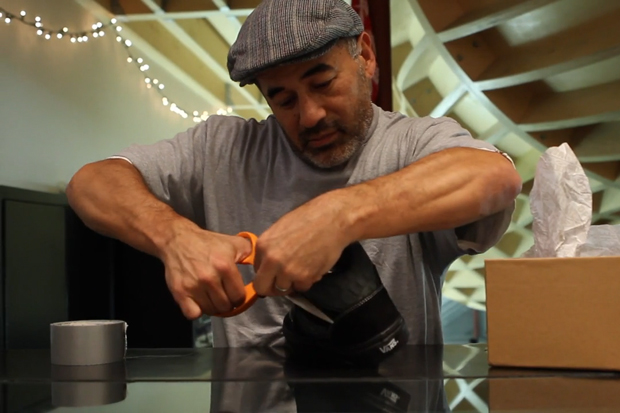 To celebrate the 20th Anniversary of Vans much loved Half Cab model, Vans will be dropping an exclusive, limited edition version of the shoe every month throughout 2012. For the January release, Vans join forces with Supreme to take the Half Cab back to it’s roots.

Limited to just 20 pairs worldwide, the Supreme edition is a somewhat unorthadox hand-cut and duck-taped Caballero High, with the legendery Steve Caballero himself venturing back to the Half Cab’s origins cutting, numbering, and signing each of the 20 pairs himself. This is a great example of thinking outside of the box, and with only 20 pairs in production, it’s a unique way for collectors to pay tribute to what is quite possibly the greatest skate shoe of all time.

5 pairs will be available from Supreme locations in New York, Los Angeles, Tokyo (Harajuku), and London this Saturday, January 28th. Check out the video here to see Cab in action.