Warning: "continue" targeting switch is equivalent to "break". Did you mean to use "continue 2"? in /nfs/c08/h04/mnt/122689/domains/thedailystreet.co.uk/html/wp-content/plugins/wp-author-box-pro/includes/ReduxFramework/ReduxCore/extensions/customizer/extension_customizer.php on line 442
 Spotlight: adidas Originals Archive Team GB Collection 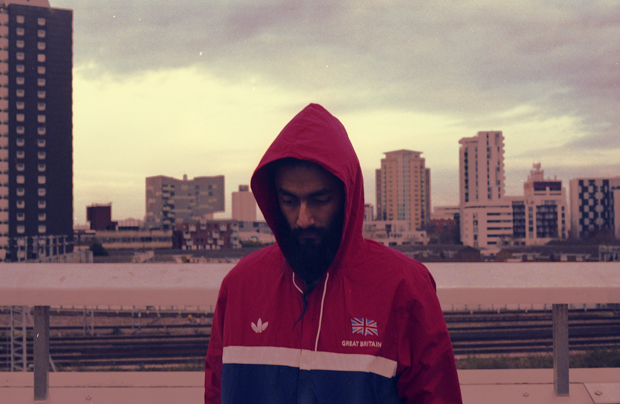 With the 2012 London Olympics getting closer and closer, adidas Originals revisit the first year they sponsored Team GB in 1984, releasing this Archive Team GB collection.

Ever since the LA Olympics of 1984, adidas have been the proud sponsors of Team GB. When we found out that they were releasing a collection heavily inspired by the 1984 Olympics Team GB kit, we couldn’t resist a photo shoot. The collection consists of four pairs of sneakers; a pair of Handball 5 Plugs, Tobacco’s, and two colourways of the Gazelle Indoor. All of the sneaks include a nice Team GB logo on the heel and feature similar detailing on the insole. As for the clothing, it’s retro sportswear gone wild. A full cotton tracksuit in deep Navy makes for ultimate lounge wear, while the track tops bring back some classic adidas Orignals charm. The Daley Thompson inspired t-shirt is of a really nice quality and sees the man’s number permanently attached to the front. The real highlight of the collection has to be the wind breaker, with it’s rich red upper and deep navy bottom, this jacket features an almost matte material and it’s hard not to fall for this one.

With such a strong back story to the collection, it was clear what we had to do; put it on a model, take it out to the 2012 Olympic site in Stratford and get our good friend and analogue photography fanatic Dan Douglass to shoot it on an 80’s 35mm camera. The shoot had a simple purpose, to juxtapose the 80’s aesthetic of the collection against the modern location of the 2012 London Olympics, but in a very personal style, following a single man as he explores the surrounding area to the Olympic build site. In the words of the photographer, Dan Douglass …

“I used an old 35mm SLR camera, and film that produced an aged aesthetic. The idea was to make the photographs look like they were as old as the designs in them. Shooting in Stratford was great. Not only were we surrounded by the olympic village, basis for this collection’s “rebirth”, but also, everything around had a distinct grey, drab, typically ‘London’ feel to it.” 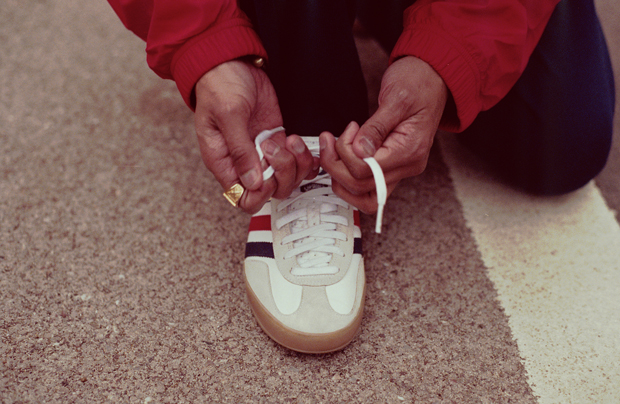 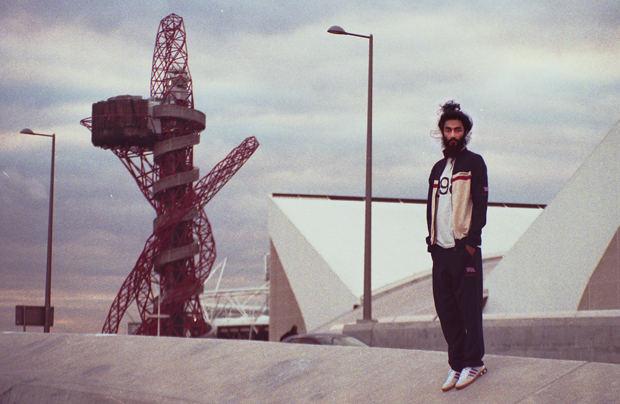 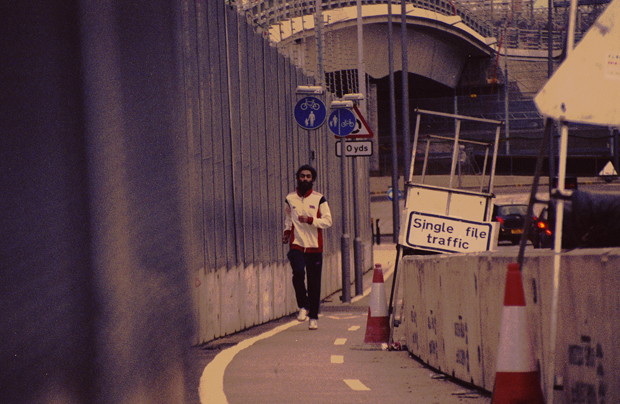 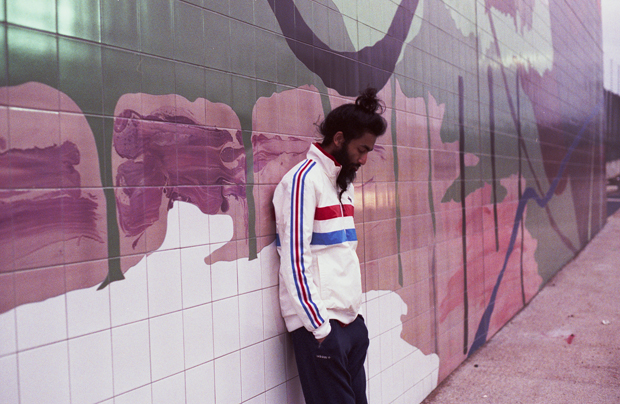 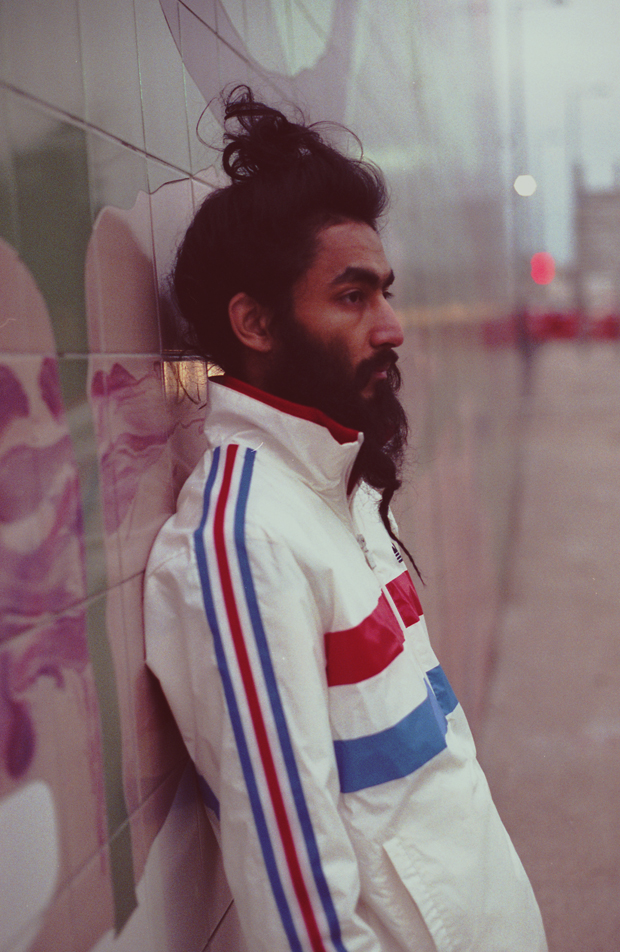 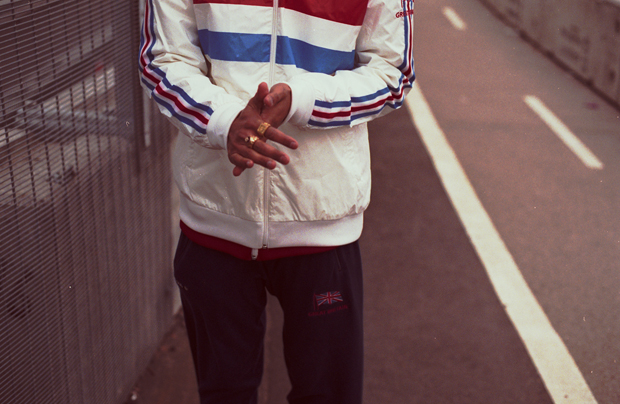 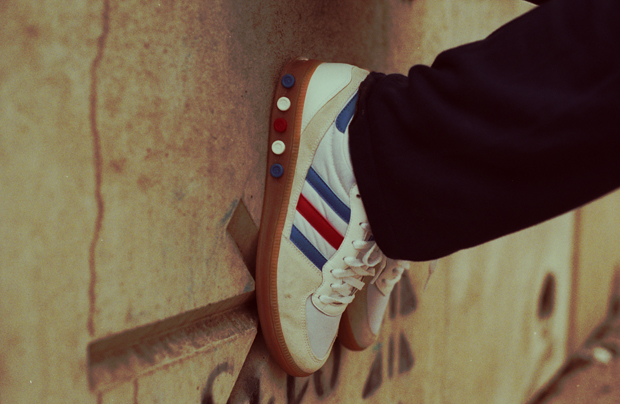 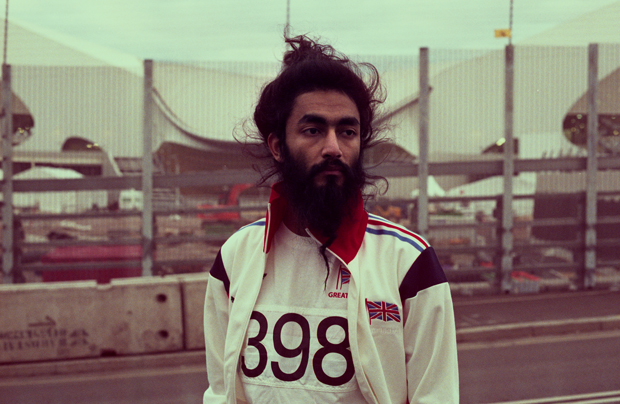 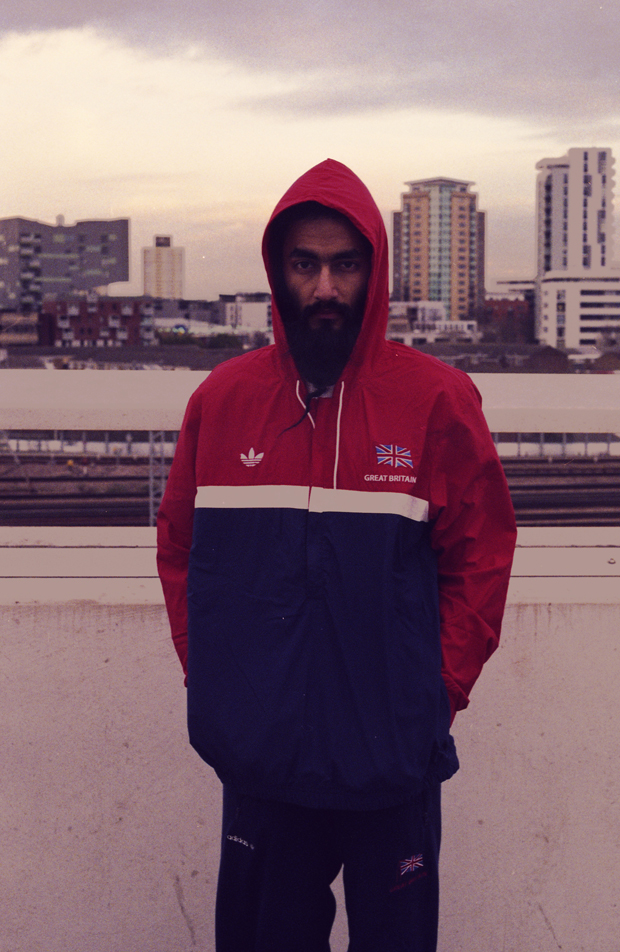 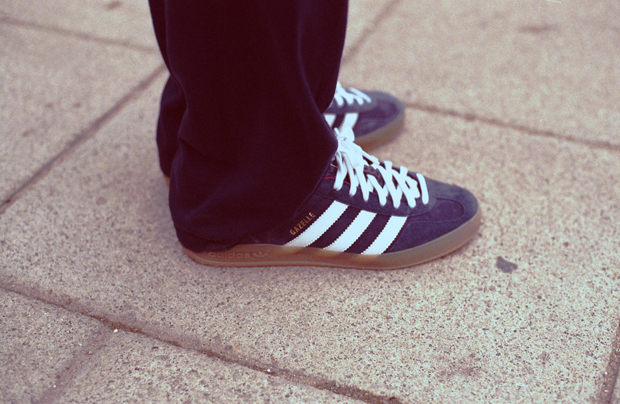 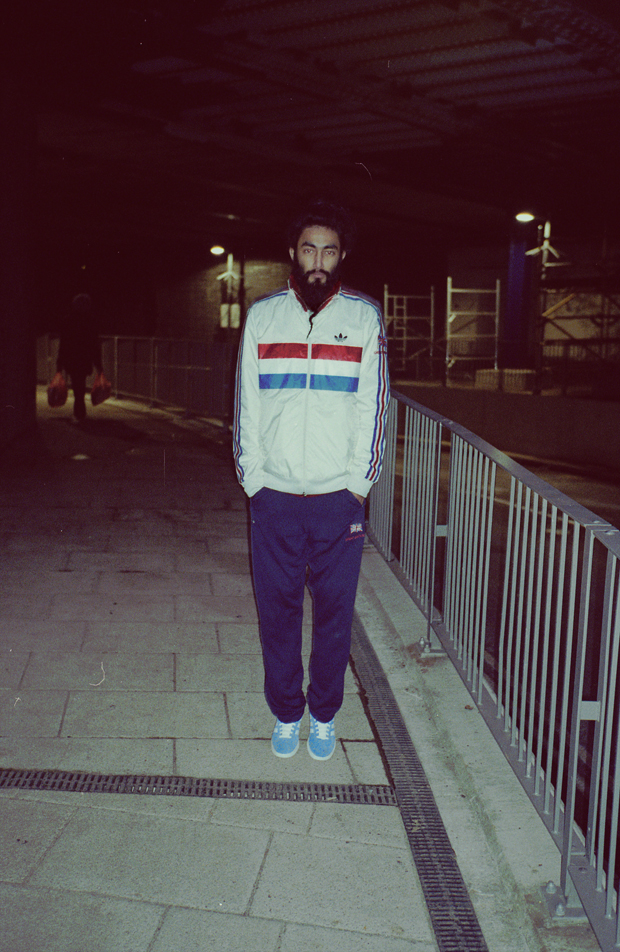 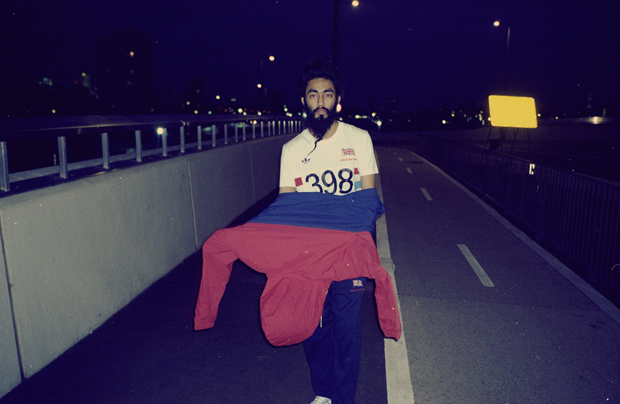 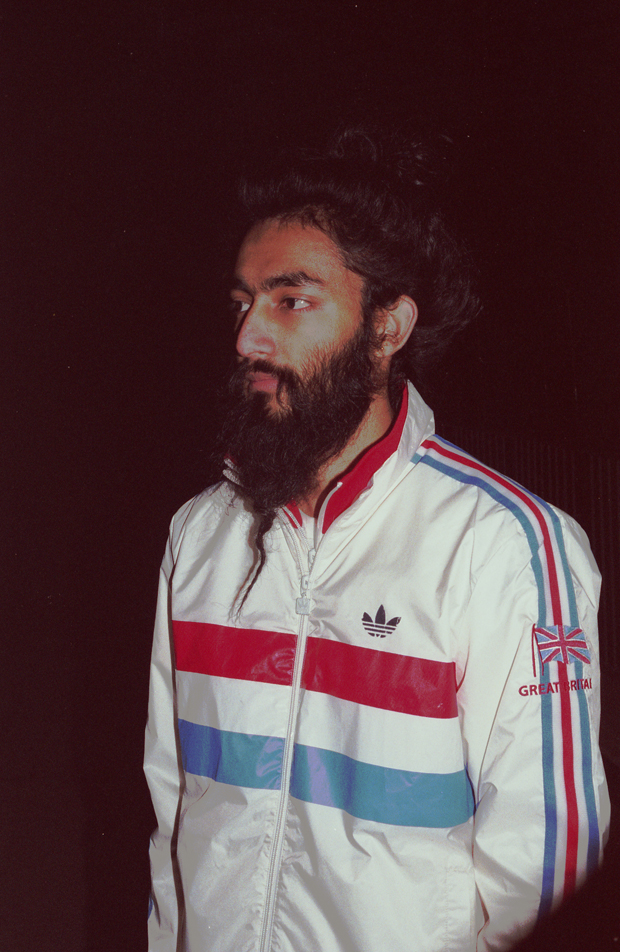 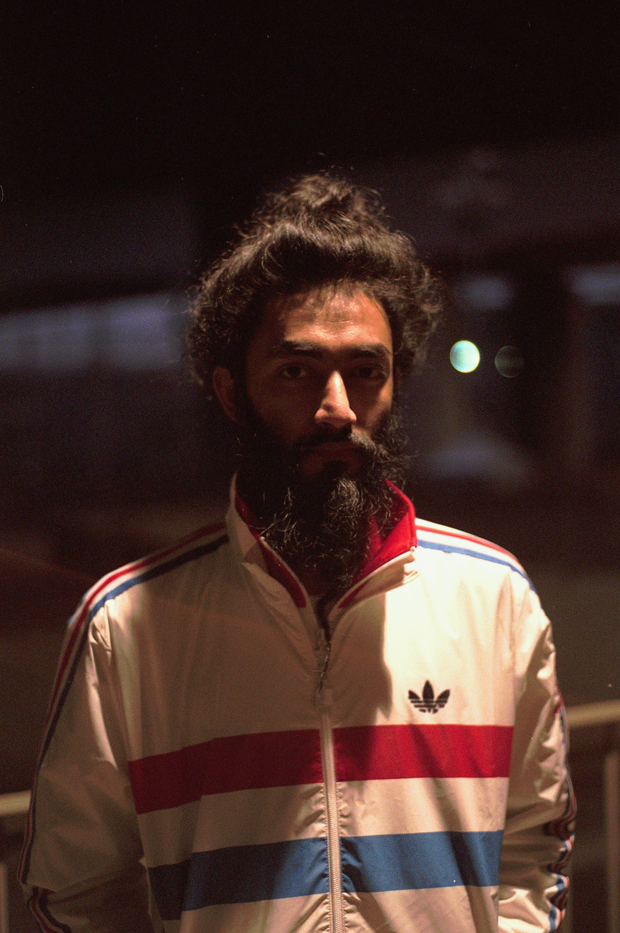