Warning: "continue" targeting switch is equivalent to "break". Did you mean to use "continue 2"? in /nfs/c08/h04/mnt/122689/domains/thedailystreet.co.uk/html/wp-content/plugins/wp-author-box-pro/includes/ReduxFramework/ReduxCore/extensions/customizer/extension_customizer.php on line 442
 Interview: PUMA x UNDFTD In Paris - The Daily Street 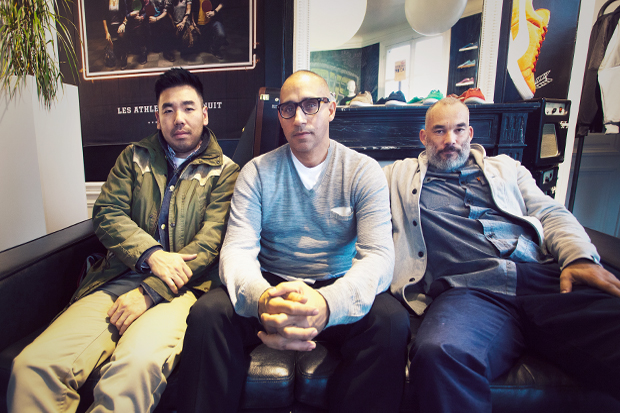 A short while ago we were lucky enough to be invited to Paris for the launch of the latest chapter in the Puma x UNDFTD series, as the two get set to release another unique re-working of the Clyde this week.

You may have already caught out recap of the All Gone book launch at Paris boutique Colette, but the weekend also provided us the opportunity to sit down with Undefeated founders James Bond and Eddie Cruz, and clothing designer KB Lee and chat about their ongoing relationship with the German footwear brand, their thoughts on the Clyde, and the Undefeated movement.

Undefeated have worked on a number of projects with Puma over the past few years – how do you keep things interesting?

Eddie Cruz: It’s not difficult because Puma keep it traditional. They haven’t really done much with the Clyde, or the Suede, it’s just been made out of suede or leather, so we’ve been able to use fabrics like canvas, and ripstop nylon, we’ve been able to take the form stripe off, so it’s been like a blank canvas for us, and it’s not difficult at all.

So how did you use that in the soon to be released snakeskin Clydes?

James Bond: The latest release is based on the Dapper Dan era and New York in the mid eighties, where they did the sort of customisation where they took Gucci material, Louis Vuitton material, and took off form stripes, swooshes, whatever, and did one-off collaborations. If you think Eric B. & Rakim, LL Cool J, EPMD – that was kind of their style in the eighties, so this is loosely based on that.

Will this be the final chapter in the series?

EC: It’s an entire collection that will continue throughout the year, so can expect to see a lot more. Like I said, it was a blank canvas, so there’ll be a lot of things that Puma has never done with the Clyde.

Who’s decision was it to work with the Clyde, and was it an easy choice?

EC: It was mutual. We did a collaboration with Puma approximately 3 or 4 years ago, it was a Clyde mid. It was perforated and based on the name ’24-karat’, so we added like a fake gold keychain, and we did this one mid that was completely metallic gold, just to give away to friends and influencers like Kanye, Dre, Pharrell, Snoop Dogg and so on. It was really popular, and the shoes sold out in 10-20 minutes, so rather than just do another one off, it made sense to do a collection. Cause you know, normally you do one, and they you’re out, and it’s just like “Okay, what’s next?”, but in this case we had the opportunity to keep the momentum going.

JB: Puma wanted their iconic shoe to live in streetwear stores, there wasn’t a lot of ‘real estate’ being taken up by it in our stores by it, for example. So they asked us to pick a shoe that really worked for us, was synonymous with our culture, and which we could bring something to and help spread the word. The Clyde was an obvious choice.

And lastly, is there any chance we might one day see an Undefeated store in the UK?

EC: I don’t think so – London pretty much has it on lock down with sneakers, I think it’s one of the best places in the world to buy sneakers. We admire stores like size? and Foot Patrol, and I honestly don’t think there’s any room for us over there, so we’re just going to focus on the United States, Japan, and possibly China.

The latest Puma x UNDFTD collaboration launches this Friday, February 10th, and consists of three clean leather Clydes with snakeskin form stripes atop white midsoles. Available in red, black, and white leather, the snakeskin Clydes are perhaps the best reflection of the ‘Dapper Dan’ era of hip-hop. It’s been great to see the Puma x UNDFTD saga unfold over the past few years, with the Undefeated crew continually coming up with new and interesting designs that transform the Clyde.

A huge shout out to the Undefeated boys, to Puma, and to Boyce for the above interview, images, and video footage. Look for the snakeskin Clydes at stores including The Chimp Store, Hanon, and size? this Friday. 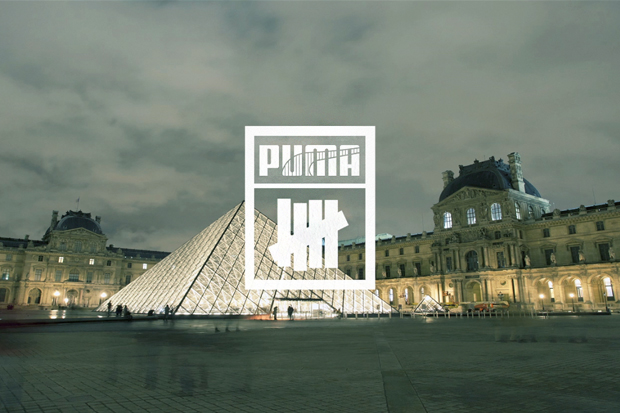