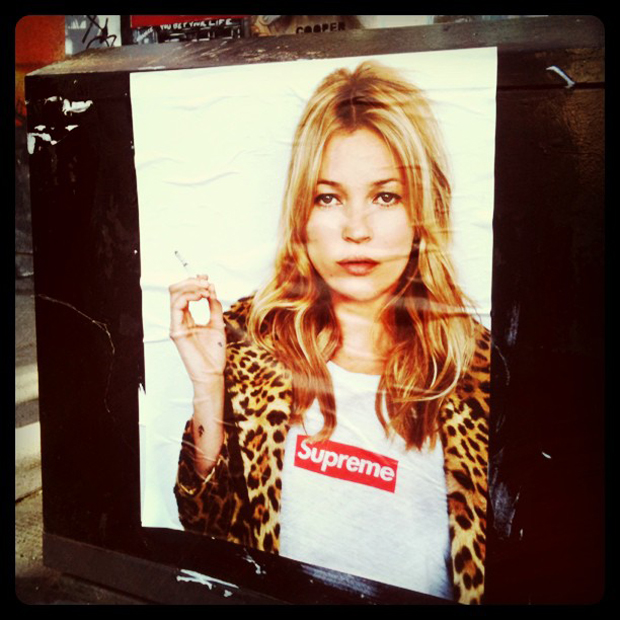 News emerged today that Supreme have once again enlisted the help of one Kate Moss for the campaign ahead of their soon to be released Spring/Summer ’12 collection.

The previous Kate Moss Supreme T-shirts have become without doubt some of the most sought after Supreme items, and have been earning serious eBay dollars for some time now. The brand announced the new partnership in typical fashion, with posters popping up in London and New York overnight, bearing the image of a box logo and leopard print-clad Moss.

Although we can’t confirm for sure yet, let’s hope this photo makes it onto a tee this season, and it will most definitely drum up some serious hype if it does. Look for the posters around London now. Supreme London re-opens on Thursday February 23d with the new collection. 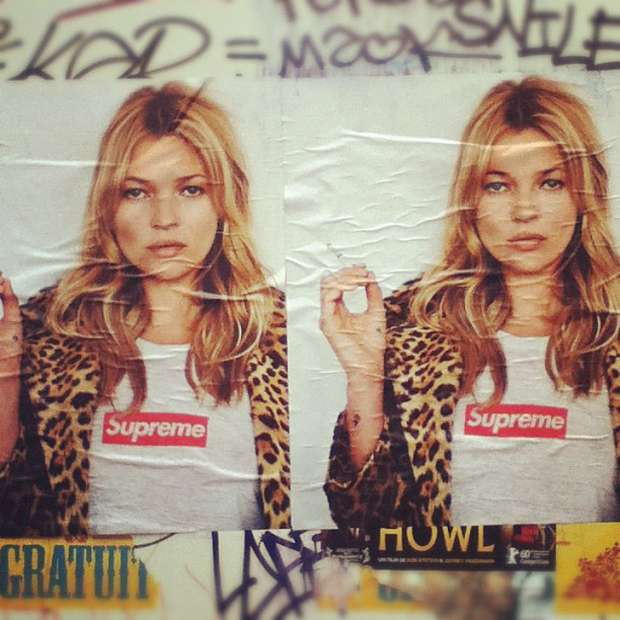 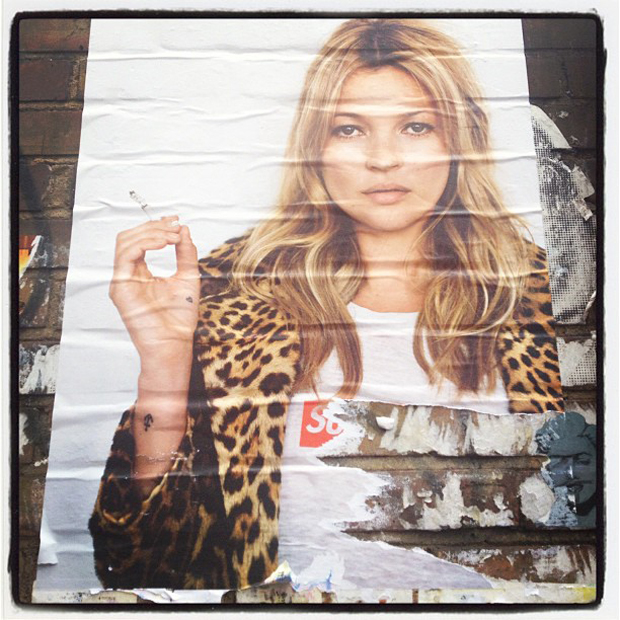 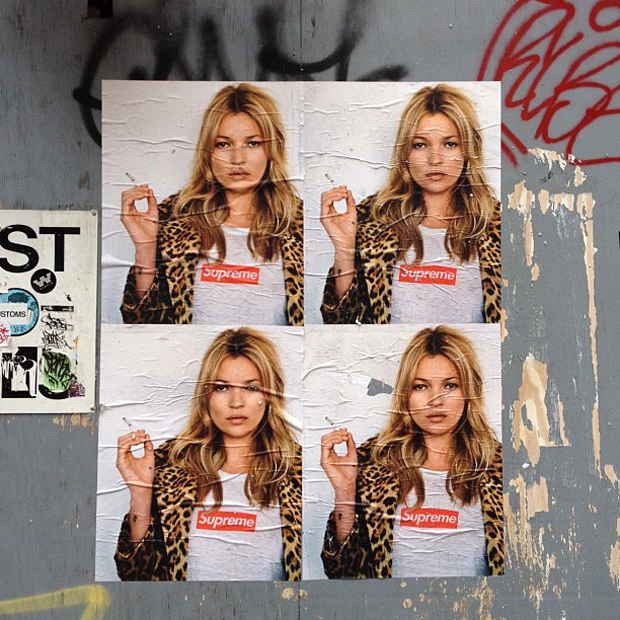 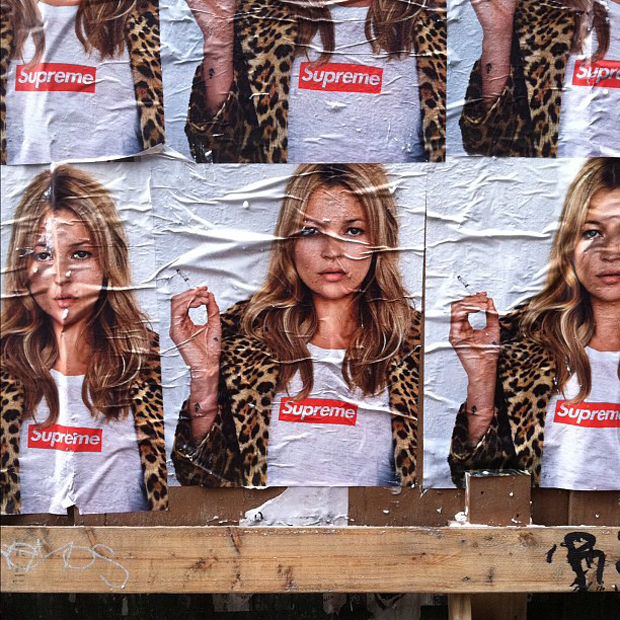