Warning: "continue" targeting switch is equivalent to "break". Did you mean to use "continue 2"? in /nfs/c08/h04/mnt/122689/domains/thedailystreet.co.uk/html/wp-content/plugins/wp-author-box-pro/includes/ReduxFramework/ReduxCore/extensions/customizer/extension_customizer.php on line 442
 TDS Mix 021: The Organ Grinder 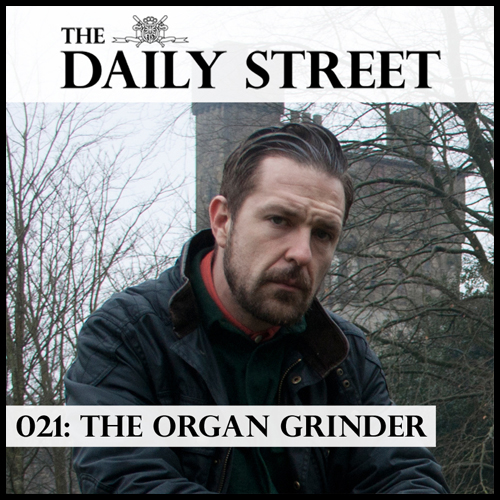 The Organ Grinder first came to our attention after his first release on Catapult Records titled ‘New Age People’. With his follow up release having just dropped, we invited him to take the reigns of our mix series, and we’re very happy we did.

Based in Cardiff, The Organ Grinder is the moniker of Cayne Ramos. Producing a very unique sound of House music that could almost be described as thorw-back House, he takes all the best bits of late 90’s productions through House and Garage and brings them up to date. His latest release on Catapult Records (CATAPULT004) ‘I Don’t Love You ft. Jessy Allen’ is a more than addictive tune to say the least.

For this mix, he encompasses his personal sound perfectly, opening with the aforementioned ‘I Don’t Love You’ and moving on to curate a group of artists who sit perfectly beside each other. Most of the mix is Cayne’s personal work, but as he mentioned in the brief interview below, it was originally going to be a showcase mix, until he couldn’t resist to include a few of his current favourite tracks.

Check the mix and if you’re feeling The Organ Grinder, make sure you show your support and pick up a copy of ‘I Don’t Love You‘.

What approach have you taken for this mix?

The hands on approach!!! I was going to do a mix with straight dubs, but then thought I’d vary it by chucking in a couple of tracks that i’m feeling and playing out at the moment.

Which track or mix is your personal favourite?

What did you do the mix on?

I done the mix on Ableton, the reason being it was quicker and easier.

Is style/fashion important to you?

Style and fashion is very important to me, from a very young age I’ve been very aware of whats going on. It helped that I had cool parents who were into fashion and music too, so fortunately enough I was blessed with that, but I have always been on the forefront of wearing new clobber, some good clobber, some bad lol and have always been known in Cardiff for “bustin garms”.

What brand(s) are you particularly feeling at the moment?

Brands that I’m feeling at the moment are Norse Projects, Ralph Lauren, vintage denim, Red Wings and any hardcore footwear (winter, innit). I’m a bargain hunter, I love vintage and second hand shops, and often pick up a bargain at my local car boot sale … no joke neither.

What have you got coming up soon?

Got a couple of things coming up; another collabo release on Ten Thousand Yen with Chesus (CRST) and Didz, who I had my first release on Ten Thousand Yen with … look out for that one, it’s gonna be a big one. Plus me and Didz should have another 12″ out with Melodica’s label too … There’s a couple of things in the pipeline, but not defo 100% confirmed yet … plus a couple of good gigs comming up … check my facebook for all info.

021: The Organ Grinder by The Daily Street on Mixcloud