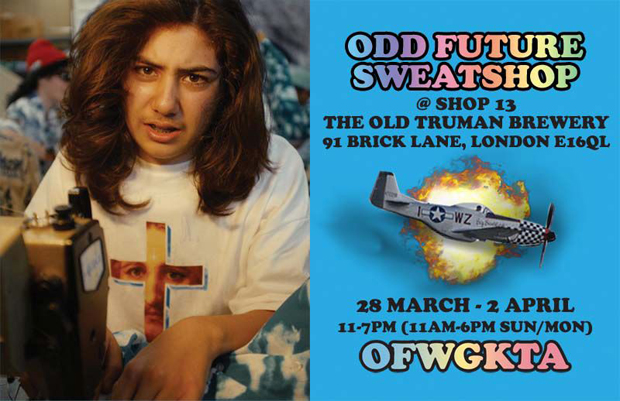 Following the madness surrounding their New York pop-up just this week (which you can check out in the video below), on the 28th of March, Odd Future bring their ‘Sweatshop’ pop-up store to London for a six day stint.

Coinciding with the group’s UK tour, the Odd Future store will sell exclusive items from their line of tees, tanks, shirts, hoods, and coaches jackets, amongst other things, and provide the opportunity for people to meet the OF gang themselves. Vice caught up with a few of the guys this week at the New York pop-up – the video from their ‘noisey’ channel below should give you an idead of what to expect.